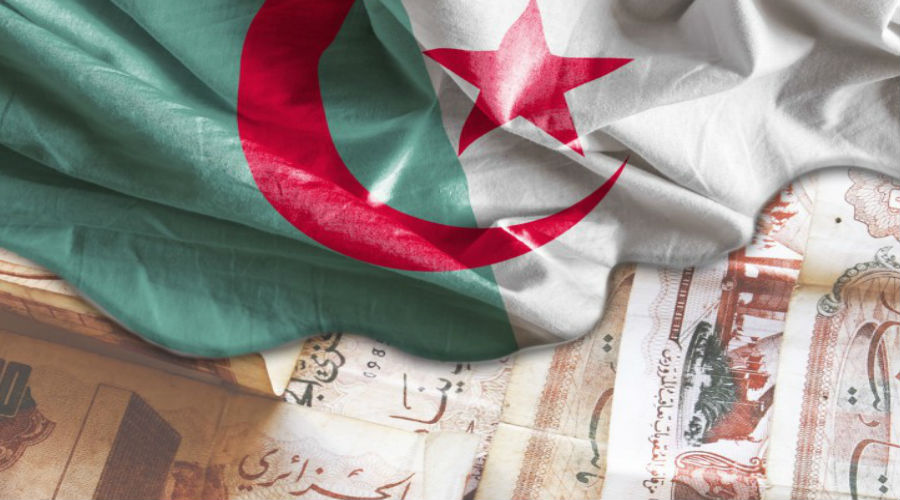 The newly-formed Algerian government headed by Prime Minister Abdelmadjid Tebboune has prioritized addressing economic and financial hardships facing the country since 2014. With global oil prices continue to decline over the past two years, Algeria has faced an escalating budget deficit and declining economic growth rates. When the former government took austerity measures to address a worsening economic situation, social protests broke out in some cities, in the eastern provinces in particular.

The new government recently announced that it is entitled to carry out the required economic reforms to end the economy’s reliance on oil. The announcement appears to be implying three main pillars for the desired transformation in the coming period. These pillars are the adoption of a new economic growth paradigm, empowering the private sector and reshaping the social contract. Former governments have sought to implement similar reforms, but their bids fell short of achieving the goals.

It can be said that prospects for Algerian economy will hinge on the package of structural reforms that the new government will pursue to diversify the economy, carry out the required financial, monetary and trade reforms. The aim is to support growth and make the economy more dynamic. However, slow reforms can cause bigger economic hardships in the coming period.

The new government led by Prime Minister Tebboune was formed while Algeria has been facing the following challenges:

1- Declining economic performance. Plunging global oil prices since mid-2014 has riddled Algeria with economic and financial hardships. According to the World Bank, comfortable budget surpluses in previous years swung into deficit in early 2014 and peaked in 2015 at 16.2 percent of the country’s GDP. However, the gap went down to 12.2 percent in 2016 because the government continued to carry out several measures to restore fiscal balance in the past two years.

2- Social Protests erupted in recent months against the government’s austerity measures, including increased taxes on consumer spending while decreasing subsidies for some strategic goods such as gasoline. The government planned to curb to curb employment at public establishments and institutions.

The most powerful social protests and labor strikes broke out in the eastern port city of Bejaia in January 2017 against increased prices of major consumption products and materials. The protests spilled over into other eastern cities such as Bouira.

3- Slow economic transformation. Despite the former governments’ intention to drive economic diversification, the oil industry continued to be the prevalent driving force of economy and accounted for the biggest share of exports. The successive governments failed to carry out adequate economic transformation required for developing other industries. The delayed and even overdue transformation was, in part, due to current slow reforms in empowerment of the private sector and enhancement of the investment climate.

It should be noted  that in this context Algeria always ranked low in the World Bank’s Ease of Doing Business Index, and was ranked as low as 156 among 190 economies.

Success of the new government in overcoming the above challenges hinges on a number of factors of which the following stand out:

1- A new development model. One of new the government’s top priorities is economic diversification away from oil. Within this context, Prime Minister Abdelmadjid Tebboune, on May 26, 2017, said that another priority that imposes itself is economic transformation initiated by the former prime minister. He added that this transformation is necessary and urgent if the situation in Algeria is not to remain subject to volatile fuel prices.

However, economic diversification requires the reshaping of a growth model to enable the formulation of a new economic vision based on driving development in competitive economic sectors, such as tourism, manufacturing industries, and the auto industry in particular. It also requires gradual liberalization of fiscal, monetary and trade policies to promote revitalization of the private sector.

2- Empowering the private sector. Carrying out the desired economic transformation requires Algeria to encourage the private sector to contribute in all economic activities. This is essential for easing the huge fiscal burden that the government had to bear over the past years. However, empowering the private sector in the coming period will continue to be hinged on essential legislative and executive reviews that serve efforts to encourage the investment of patterns of partnership between the public and private sectors. It will also require amending the investment law, which imposes restrictions on freedom of doing business in several economic sectors across the country.

3- A New Social Contract. Another main pillar of achieving economic transformation is reconsideration of the social contract adopted by the state to govern its relationship with citizens over the past years. This contract is based on generous social welfare programs and subsidies as well as providing jobs at public institutions. For instance, in the period from 1999 to 2012, the government offered a total of USD 156 billion in social assistance to citizens.

At the current stage, it appears that the Algerian will have to expand the tax base and rationalize spending through reducing subsidies for goods and public and social services. However, at the same time, investment in healthcare, education and social safety nets.

Despite Algeria’s sluggish economic reforms, in the past few months witnessed several positive signs of a gradual change in the country’s economic path, concerning, in particular, the contribution of the private sector to the economy.

Among these signs is a deal signed in November 2016 between Algeria’s SOVAC Production SPA and German automaker Volkswagen to build a car assembly plant in Algeria. Moreover, in April 2017, Algerian state-owned energy company Sonatrach and French oil major Total have signed a new deal to amicably settle earlier disputes over profit-sharing. The two deals reveals that the government is showing more flexibility with the private sector.

It appears, therefore, that future prospects of the Algerian economy, will largely depend upon the structural reforms planned by the current government to encourage the private sector and foreign investors. This will eventually lead to diversification of the economic mechanisms. However, it will require, at the same time, the implementation of these reforms without severe social risks.