Why are Tunisia's Popular Protests Persistent? 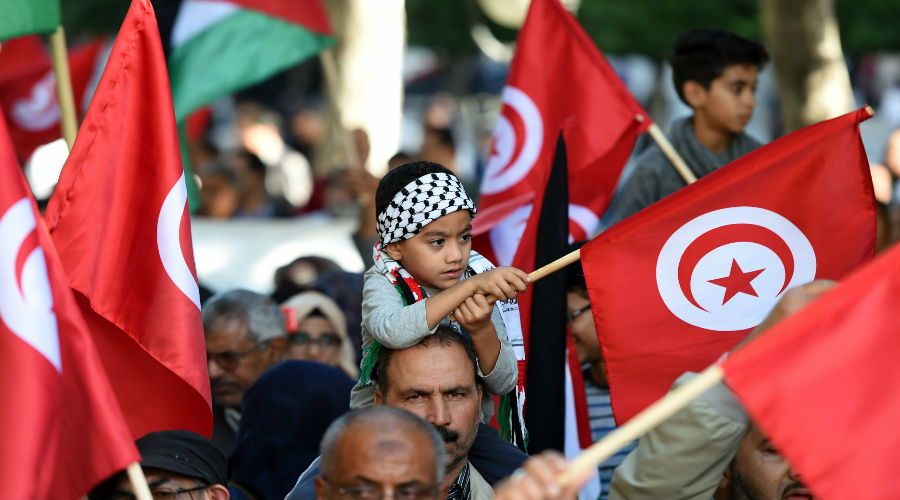 Wide popular protests demanding better living standards, decent jobs and enhanced infrastructure have hit Tunisian cities over the recent months. Border cities such as Sidi Bouzid, the birthplace of the Jasmine Revolution that toppled then-president Zine al-Abidine Ben Ali in January 2011, and Tataouine, both suffering wide uneven and lower development levels, compared to coastal cities, were the flash points of the protests.

The fresh protests coincided with the country’s weak economic performance caused by sluggish key factors and weak tourism in particular due to rising terrorist threats, the protests themselves as well as the government’s receding ability to carry out the requested economic reforms to encourage investment inflow. With no letup in the protests, economic and financial instability continue across the country.

Within this context, production in strategic state-run phosphate and oil sector stopped after both local and foreign companies were recently suspended inflicting huge losses on the economy. Moreover, popular protests imposed additional pressure pushing the government to approve wide economic reforms that will be carried out in the coming period. To contain these protests, the government adopted two limited mechanisms to reduce the gap in development between, poverty and unemployment rates. The first mechanism seeks to provide jobs for citizens at local companies, while the second seeks to commit additional funds to enhance infrastructure in border areas.

Nonetheless, Tunisia appears to be in need of a comprehensive economic approach that would bolster economic equality, equal opportunities and social justice.

Tunisian border cities were rocked by frequent protests that coincided with wide popular opposition to plans proposed by the government in the past to drive economic recovery and investment. The so-called Economic Reconciliation bill, which seeks to settle a large number of cases of misappropriation of public funds pending from recent years, has faced wide and strong opposition from political parties and organizations since it was discussed at the parliament in April 2017. On May 13, 2017, wide protests broke out in the capital Tunis to prevent the parliament from passing the bill.

Protests have exacerbated the situation in several border areas and in the oil-rich southern Tataouine province in particular. The May protests demanding a solution to urgent problems, the most important of which are poverty and unemployment have spilled over to other provinces such as Kef, Kairouan, Sidi Bouzid and Kasserine. Before that, in January 2017, the eastern town of Ben Guerdane on the Libyan border was hit by protests demanding development and removal of obstacles that paralyzed the Ras Jdir border crossing with Libya. However, the protests caused sparking clashes between the residents of the city and police forces after several organizations including the Tunisian General Labour Union, organized a general protest across the city.

The central province of Gafsa, the major center of phosphate production, has been a focal point of continuous protests over the recent months. The population protested the aggravated problem of unemployment. In August and October 2016, phosphate production was halted several times due to protests staged by the unemployed youth to demand jobs at the state-owned Gafsa Phosphate Company.

Roots of the Crisis

The crisis can be attributed to the following social and economic factors:

1- Development Gap. The pattern of economic development has created wide disparities between coastal areas and the rest of the country. According to the World Bank, Tunisian coastal areas received more than 65% of public investments since 2000. This may explain why unemployment rate went up to 20% in Sidi Bouzid, Kasserine, Siliana and southern areas, compared to an average of 16% across the country. The issue was compounded by fragile economic infrastructure, such as roads, bridges and hospitals in these areas, which undoubtedly has led to sluggish development.

2- The recent Tunisian government’s efforts to stimulate the economy have fallen short of adequately fulfilling citizens’ ambition for economic development and social justice. The reality is that the performance of the economy was faltering due to increasing terrorist threats and widening protests that slowed down key sectors such as tourism and phosphate production. This blocked efforts made to significantly curtail unemployment and poverty rates.

In light of these conditions, the Tunisian economy’s growth rate has not exceeded 1% in 2016, compared to 1.1% in 2015. In its latest forecasts for Tunisia, the World Bank projects that a key driver to restore high economic growth would be a recovery in strategic sectors, an improved business climate, restoration of social and security stability. Only then can the Tunisian economic growth gradually go up to 2.8 and 3.2% in 2018 and 2019, respectively.

3- Many stakeholders, including political parties, NGOs and public trade unions have shown strong opposition to economic reform plans and mechanisms proposed recently by the government. The most controversial of these was austerity measures, plans to privatize some state-owned institutions as well as the Economic Reconciliation bill, which is being discussed at the parliament.

The stakeholders believe the initiatives set up by the current government do not serve the desired economic development and social justice while also entrenching inequality, unequal economic opportunity and fragile economic governance.

Persistent protests that hit Tunisia over the past months have caused several economic consequences of which the following stand out:

Economic Losses: The protests have inflicted huge losses on Tunisia’s strategic economic sectors, namely the oil and phosphate industry. That is, security and social tensions in Gafsa province have caused phosphate output to drop 68.5%, or 2.3 million tonnes in 2015, compared to 7.3 million tonnes in 2010, causing a loss of $2.5 billion in the industry between 2011 and 2015. In the oil industry, the recent protests in Tataouine and other areas forced several oil companies to halt production. These include Perenco, an Anglo-French oil and gas company, Canada-based Serinus Energy and Austria’s OMV demobilized 700 non-essential field staff and contractors on April 29 from both OMV operations and the Nawara Project in South Tunisia.

Over the past year, persistent protests affected Tunisia’s oil output weakening investments in the sector. According to Tunisia's Minister of Energy, Industry and Mines Hela Chikhrouhou, the country’s total oil production had fallen to 44,000 barrels per day (bpd) from 100,000 bpd in 2010, because of social unrest, protests and low investment due to a lack of energy legislation, while Oil revenues fell from $1.24 billion in 2010 to $413.9 million in 2016.

Undoubtedly, protests can play an effective role in pressing both the government and the parliament to put a freeze on many moves that are part of economic reforms planned for the coming period. Previously, in 2016, the government was responsive to pressure from the Tunisian General Labour Union when it decided not to freeze wage hikes in the public sector when the Union threatened, more than once, to stage a wide strike to block the government’s planned austerity measures.

The Tunisian government made extensive efforts to contain the protests that demand development. The efforts revolve around two key pillars. The first is to provide jobs at local companies for residents of border areas where the government, in September 2016, pledged to provide 2800 jobs in Gafsa alone. The second implies commitment of additional funds to drive development in border areas, where the government in 2016 and 2017 approved programmes to rehabilitate water supply and sewerage systems in Ben Guerdane and committed $40.7 million for the plan.

However, despite these efforts, the said dilemmas require the government to present a new economic treatment plan to address current problems, where the top priorities would be supporting sectors that have large workforce, backing small and medium-sized enterprises (SMEs) to bridge the gap in development, create more jobs and reduce the poverty rate across the country.