Hashtag Diplomacy: Twitter as A Platform for Political Attacks 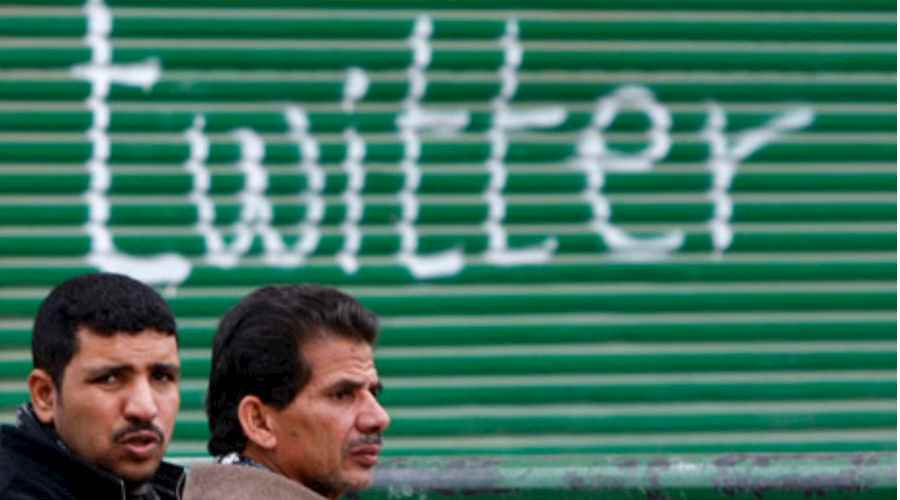 Twitter rose to new prominence over the past few years as one of the most effective platforms utilized by individuals and states alike to express opinions and positions on issues. The micro-blogging site has in fact eclipsed similar social media platforms, and in particularly Facebook, the largest social media network that became the most popular in the Middle East during the Arab Spring.

Despite disparities in regional statistics about the most-used and most popular social media networks, Twitter and Facebook stand out as the two most prominent contenders competing for first place and second place, depending on average use in each country and preferences of users.

However, the increasing use of Twitter in political criticism and expression requires looking into the reasons for choosing this platform particularly as the site of choice in the vast social media landscape at a time when Facebook too is used for political purposes. Facebook has other dimensions beyond political criticism and expression of opinion as it allows its users to present a certain cause in detail and support it with expanded use of images and videos.

The use of Twitter as a launchpad for attacks and debates with political opponents has raised a widespread controversy. This was evidenced in US President Donald Trump's use of the platform during his election campaign and even after assuming office. He uses Twitter to attack his critics which signals a turning point in what is now called a “Twitter presidency”. This sheds light on the political role that this site plays.

This role became more evident during political crises between states. The most recent of which broke out between Turkey and the Netherlands after the Dutch blocked the Turkish Foreign Minister Mevlut Çavuşoğlu and Minister of Family and Social Policies Fatma Betül Sayan Kaya from speaking at political rallies to promote a "yes" vote in the April 16 referendum on constitutional amendments. Such amendments are critical for Turkey’s future, that is, if approved, would constitutionalize Turkey's shift from the existing parliamentary system to a presidential system. The Netherlands said that such activities are not welcome on its territory, and Turkey responded with evident escalation through statements made by its officials to strongly criticize the Dutch position.

The crisis spread from the official level to the popular level through Twitter where the Turks used the site to attack the Netherlands with hashtags to support Turkey and criticize European countries that backed the Dutch including Germany, Switzerland and Sweden.

For instance, in March 2017, after the crisis broke out between the two countries, several hashtags were launched. One hashtag, #EvetAvrupaTitriyor (Turkey is not alone) attracted 300,000 tweets within 24 hours, according to some statistics. Another hashtag was launched using the keyword #FascistNetherlands. Arab activists launched other pro-Turkey hashtags such as #عربي_متضامن_مع_تركيا (An Arab stands in solidarity with Turkey), in addition to those featuring the Arabic name of Turkey and the Netherlands.

Some activists intensified the twitter storm into another dimension by hacking high-profile accounts including Amnesty International, UNICEF USA, Forbes, Netherlands' War Child, Duke University and others, on which a hashtag meaning 'see you on April 16' was used in referral to Turkey's upcoming constitutional referendum.

Algeria is among the top countries in the region in terms of using Twitter for political purposes and in highlighting domestic and foreign crises in particular. A large number of Twitter users provided active support for their country in the dispute over Western Sahara through hashtags such as #صحراء (Sahara or desert) and #صحراء_الجزائر  (the Algerian Sahara). Moroccan activists responded by launching their own hashtag, #صحراء_المغرب (the Moroccan Sahara).

However, Algerian foreign-oriented Twitter activity was focused on Iran after the Iranian ambassador Reza Ameri announced, in early February 2017, that President Hassan Rouhani will visit Algeria. Hashtag campaigns launched to condemn the visit include #لا_لروحاني_في_الجزائر (No to Rouhani in Algeria) and #جزايريون_ضد_ايران (Algerians against Iran). The campaign expressed concerns over the Iranian movements in Algeria, where it attempts to proselytize and spread the Shia faith while hiding behind efforts to promote economic relations with the Arab Sunni-majority nation.

Several approaches indicate various factors contributing to the increasing politicization of Twitter where both citizens and officials are using it as a launchpad for political attacks and criticism.

The following factors stand out:

1- Fast and concise. Twitter is characterized by its concise content and short-text message exchanges at extremely high rates. This attractive aspect of the site largely appeals to public figures and accommodate fast-pace developments of political crises that, in many situations, require delivery of a cascade of tweets. Hence the importance of Twitter in disseminating quick short breaking news during sudden crises. On the other hand, Facebook allows longer and larger posts which is an important tool commonly used to present causes and convince and mobilize the public and influence public opinion by sharing long stories and presentations.

2- Widespread Content. Compared to other social media, Twitter allows users to search for certain hashtags and view results easily. While on Facebook, the only available content is that of friends, Twitter's widespread content that is available to the largest number of users serves the cause being discussed and helps in propagating it. This explains why trends emerge quickly to feature hashtags only a few hours after they are launched during crises around the world, and not only in the country of origin of hashtags.

For instance, during the ongoing diplomatic crisis between the Netherlands and Turkey, the hashtag #هولندا (Netherlands) was the highest-trending topic on Twitter's Top-Trends worldwide, a few hours after the crisis broke out and the Dutch authorities barred a plane carrying Turkey's foreign minister from landing.

3- Easy Browsing Experience on Mobile Devices. This feature helps explain why Twitter is more widely used in specific countries than other social media networks. Communities with the highest smartphone penetration rates such as the member states of the Gulf Co-operation Council, Japan and the United States, often rely on Twitter as their favorite social networking tool.

In conclusion, what should be noted within this context is that using Twitter to launch attacks on individuals and states has led to the site's management being criticized, especially during the current crises between Turkey and a number of European countries. On March 17, 2017, the European Commission demanded Twitter (and other social networks) amend their terms of service for European users within a month or face the risk of fines. The Commission criticized the networks for being slow in removing illegal or threatening content. Germany's Minister of Justice and Consumer Protection Heiko Maas, on 14th of the same month, proposed a fine of up to 50 million euros for companies that fail to comply with the binding standards of privacy and security and remove the illegal online postings quickly. These measures will influence the use of Twitter to spread slanderous or threatening hashtags criticizing individuals and states in the coming period.