Dimensions of the Turkish Role

Reasons Behind Turkey‘s Military Base in Somalia 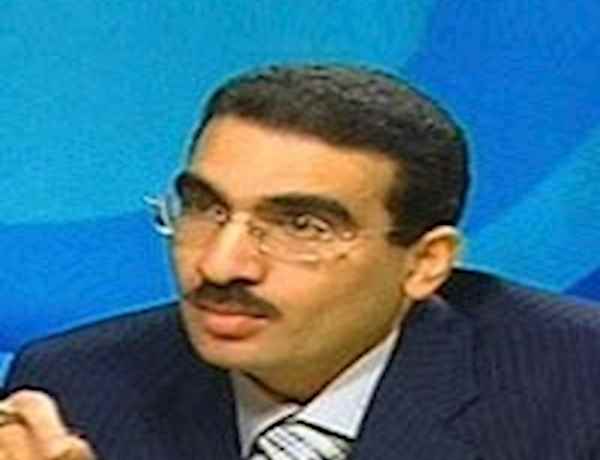 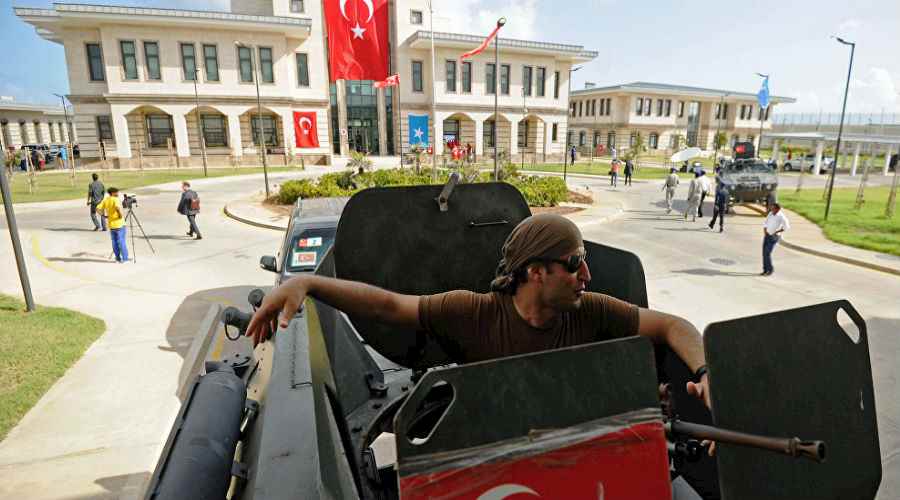 President Recep Tayyip Erdogan announced recently that Turkey plans to open its largest military base outside its borders in Somalia near Mogadishu airport during 2017. The base, which foundations were laid in March 2015, will occupy 400 hectares and house three military schools, dormitories and depots, over an area of 400 acres, at a cost of $50 million.

Turkey’s announcement of its military base in Somalia has raised many questions about the dimensions of the Turkish role in Africa in general and in Somalia in particular, the Somali position and its impact on the national interests of other international and regional powers.

When the Justice and development party (AKP), the ruling party in Turkey, came to power in 2002, it designed a plan to open to Africa, after a series of failures in joining the European Union. The party sought playing an active role regionally and internationally, tapping the vast African market advantages (1.2 billion people this year, according to Worldometers), gaining African support for Turkish issues in international forums and balancing the roles of regional powers in Africa.

In this context, Turkey has developed a strategy to upgrade its economic relations with African countries in 2003 and declared 2005 as the year of Africa in Turkey. It was the same year in which Ankara was given observer status in the African Union (AU), before becoming a strategic partner of the AU in January 2008. It was also accorded the African Development (ADB) membership in May of the same year.

In June 2008, Turkey joined the Intergovernmental Authority on Development partners’ forum in East Africa (IGAD) and strengthened its relations with other organizations (such as East African Community, the Economic Community of West African States (ECOWAS). These efforts culminated in a more comprehensive relations-related mechanism in the Turkish-African Summit, held for the first time in Istanbul in 2008, the next summit will be held in September this year.

Somalia has a special priority in the Turkish strategy towards African countries, due to several factors including the following:

1. Turkey's desire to promote its national image as a leader of the Islamic world starting from Somalia, by contributing to the settlement of the political conflict there, restoring security and providing humanitarian relief. Turkey found favorable conditions for achieving its goal while Arab States were busy putting their house in order in the aftermath of the Arab Spring revolutions.

2. Somalia national resources. It has a strategic location in the Horn of Africa region, overlooking the Gulf of Aden and the Red Sea, which is considered one of the most crucial trade routes globally. Moreover, reports confirm the presence of promising oil and natural gas reserves in Somalia.

3. Presence of religious and historical ties between Turkey and Somalia since the Ottomans entered Mogadishu in the 16th century, during the reign of Süleyman the Magnificent, to defend it against Portuguese imperial ambitions.

4. Neighborhood relationship between Somalia and Ethiopia, where Turkey considers the latter a powerful ally through which it can establish a presence in the Horn of Africa, and invest such presence in exercising pressures on other countries, especially Egypt, by using the water bargaining chip.

The Turkish role in Somalia cannot be missed. Ankara decided to engage actively in conflict settlement and reunification of Somalia, through sponsoring talks between the government in Mogadishu, the authorities in what is known as Somaliland and regional administrations in Puntland Jubaland and others.

For this purpose, Turkey hosted the Istanbul Conference on Somalia, under the auspices of the United Nations in May 2010, which resulted in the Declaration of Istanbul as a roadmap to resolve the Somali conflict. This led to writing Somalia’s constitution and electing a Parliament, which in turn elected Hassan Sheikh Mahmoud as the first non-transitional President of Somalia since 1991. Furthermore, Istanbul hosted The Second Istanbul Conference on Somalia in 2012, titled “Preparing Somalia’s Future: Goals for 2015”, to discuss issues of national reconciliation and reconstruction in Somalia.

While most states continue to work from outside Somalia for security reasons, including the United States, Turkey maintains the largest foreign embassy in Mogadishu. Ankara is also one of the main backers of the Somalia government, as it provides $ 4.5 million a month. Turkey is ranked first among countries in terms of reconstruction and rehabilitation of state institutions, including the new headquarters of the Parliament, port of Mogadishu, Somali-Turkish hospital, which was opened by Erdogan himself on the 25th January 2015, in addition to housing units, roads and telecommunication lines, and direct flights between Ankara and Mogadishu.

Moreover, Turkey takes on an essential role in education in Somalia by hosting more than 15000 Somalis in Turkish universities and building Turkish schools in Somalia. It plays an active role in supporting refugees and the displaced persons and providing humanitarian relief, through Turkish Cooperation and Coordination Agency (TİKA), the Red Crescent, and Humanitarian Relief Foundation (İHH). It should be noted that Somalia receives about a third of the total Turkish humanitarian aid to African countries.

Turkey's humanitarian role was evident in Somalia during the famine that struck the country in 2011. Turkey organized broad public campaigns to raise funds for famine-stricken Somalis, Erdogan, Turkish Prime Minister then, was the only foreign official at such senior level to visit Somalia during the crisis, perhaps this was what attracted the world's attention to the Somali issue again. Also, Erdogan visited Somalia after assuming the presidency in 2015, a visit that was highly appreciated by Somalis.

Reasons for Establishing the Military Base

Ankara’s quest to establish a military base in Somalia reveals new tools in the Turkish foreign policy towards Africa: using the elements of hard power, after managing to achieve several breakthroughs in Africa by using the elements of soft power. This raises questions about the reasons and the timing of this shift and its possible replication in other African countries.

Turkey says that the establishment of its military base in Somalia aims at training more than 10500 Somali soldiers by 200 Turkish military instructors, to help restore security and combat terrorism, adding that these complement its efforts to bring peace to Somalia.

Nevertheless, the real purpose of establishing this base goes far beyond the scope of the above-mentioned objectives, to the following:

First: Turkey is keen to protect its economic interests in Africa in light of the following: Turkish-African trade amounted to $20 billion in 2015 and it is planned to reach $50 billion by the year 2023, besides that its direct investments in Africa stood at $ 6 billion by the end of 2014, including $100 million in Somalia.

Second: Expand the Turkish military influence in the Horn of Africa and conduct joint military exercises with armies in the region. Ankara has already signed security agreements with Kenya, Ethiopia, Tanzania and Uganda to train their security forces in combating terrorism.

Fourth: Balance Iran's influence in the Horn of Africa, one of the strategic areas in which Tehran seeks to find a foothold, especially after the repercussions of Operation Decisive Storm in Yemen on Iran's regional influence in the Middle East.

In October 2016, Somali Foreign Ministry announced its rejection of calling the new Turkish facility a “base”, saying that it is no more than Turkish military schools to train Somali troops. This denial was due to considerations related to the presidential election that was being planned at that time, as former president Hassan Sheikh Mahmoud was looking forward to winning it, which led Somali Foreign Ministry to avoid stirring public opinion in Somalia.

However, the new Somali administration formed in January 2017, headed by President Mohamed Abdullahi Farmajo, welcomed the establishment of the base, to the extent that the Somali President was the one who brought the good news for his people, posting a message on Twitter. Framajo stated that the base would be opened soon; adding that it was built on a previous bilateral agreement between the two countries, and it would help restore a strong Somali army. In addition, Abdulkader Sheikh Ali Dini, the Somali Defense Minister visited the base and thanked Turkey for its great support to Somalia.

What is striking here is that the Somalian people accepted the military base without objection or even complaining, arguing that Turkey was at the forefront of external actors involved in the Somali conflict.  For the, Turkey was keen to have its officials on the ground in Somalia, working from within Mogadishu despite security constraints, to the extent that made the Somali issue one of the most important issues of the Turkish government after Turkey's immediate geographic region, especially Syria and Cyprus.

But armed opposition in Somalia, and in particular the Mujahideen Youth Movement, will have a different stand, because they view Turkey as an enemy and believe that its military presence in Somalia limits their activities. So, it is certain that the Turkish base will be the target of opposition attacks, as happened in 2013, when bombings reached the perimeter of the Turkish embassy. Such attacks will, of course, aim at preventing Turkey from rebuilding the Somali armed forces and security forces, and preventing other countries from establishing foreign bases in Somalia.

Since Turkey is not the only foreign actor in Somalia, and that other states were seeking to establish a foothold in the region, whether in the Gulf of Aden or in the Somali territories, establishing the military base would not pass unnoticed for those states, particularly the United States, Britain and several regional powers. Such countries know that the Turkish ambition will not be limited to military exercises only, and that the establishment of this base might start with training, but it will go gradually to enhance the Turkish military presence in one of the most important strategic spots in Africa, a matter that alarms these countries.

Even though Turkey is a member of the North Atlantic Treaty Organization (NATO), and that it has understandings with Western countries in general, yet the strategic value of Somalia is so great that the United States and Britain cannot turn blind eye to the Turkish movements. Therefore, the two countries will observe the situation in Somali closely and open lines of communication with Somali administrations. This may help explain the visit of the former US Secretary of State, John Kerry, to Somalia and the former US President Barak Obama meeting with the former Somali President in Kenya in July 2015. In its part, Britain organized several international conferences to support Somalia, for numerous goals, including reminding Turkey that the British interests in the Horn of Africa are there to stay.

As for Tehran, the Turkish military base in Somalia will make it more eager to cling to its positioning in the Horn of Africa, even under the pretext of combating piracy in the region, a matter that gained more importance after the military campaign against the Houthis and after Tehran lost Sudan, its most prominent ally in East Africa. Perhaps that explains the eagerness of Tehran to open an embassy in Mogadishu, to implement charitable and investment projects and vocational training centers in Somalia, to have access to military facilities in the region, and strengthen relations with Eritrea.

In return, Turkey insists that nobody could discourage it from undertaking its role in Somalia, saying that it is welcomed by the Somali people, that it is not a colonial power, nor intend to loot the Somali resources. Instead, it conducts a project to rebuild the Somali nation, unite its territories, including the "Republic of Somaliland". It works also to restore security in the country, which is considered the fundamental dilemma, cutting the way for deployment of international forces in the country, which may further complicate the situation.

To conclude, Somalia will most likely be a key arena for competition between the regional and international powers, now and in the future. Will the Somalis invest that in maneuvering and bargaining to advance their interests, or will the external powers competition on Somalia contribute to fueling the ongoing conflict in the country since 1991?