Is there Any Settlement in Sight for the Battle Over Libya’s Oil? 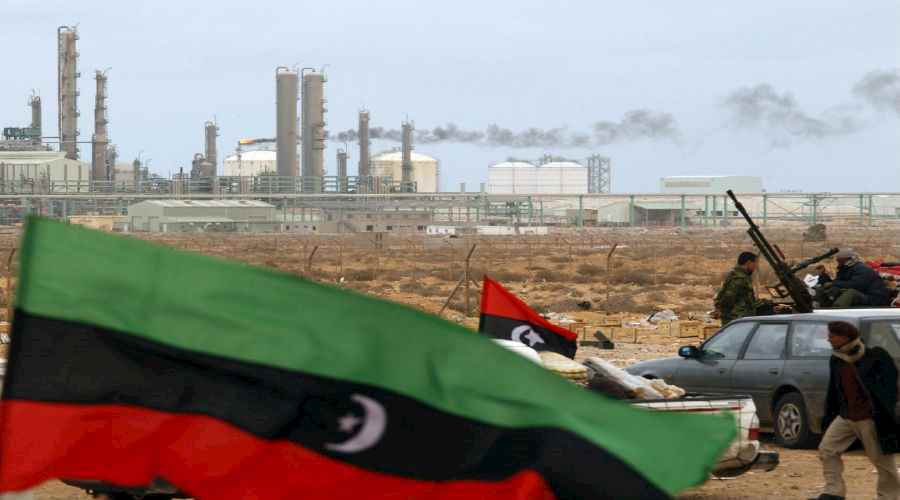 The battle over Libyan oil resources flared up again on March 4, 2017, when the Benghazi Defense Brigades (BDB) launched a surprise attack and took control of the Sidra and Ras Lanuf ports in the oil crescent. This development came after the ports were controlled by the Libyan National Army for more than five months. The attack revealed several problems with the process of settling disputes among political actors and armed militias in the country. It also proves the inability of any side to end the battle in its favor, due to the existing balance of power among rival parties.

Regarding the immediate repercussions of reigniting the battle over oil resources, the most recent attack will escalate disputes among political actors that support armed groups and militias. This will negatively impact the oil industry in Libya, especially since it could hinder Libya from raising oil production to pre-revolution levels.

Due to ongoing efforts by various opposing parties to increase their political and economic influence, it is unlikely that attempts by each side to take control of oil installations will stop in the near future. Many predict that the latest attack makes it more likely that the Libyan Army will attempt to regain control over the two ports. Another scenario predicts BDB could forge ahead to take control of the remaining oil ports. In all cases, the success of any side taking control of oil facilities will depend on their military capabilities, or more accurately, the existing balance of power.

BDB launched a counter-attack in the oil crescent region on March 4, and succeeded in taking control of the ports of Sidra and Ras Lanuf, which reveals two facts. First, the move represents the failure of international and regional efforts to reach a settlement for the Libyan crisis. Despite the formation of a coalition government under the name of the Government of National Accord (GNA) based on the Skhirat agreement of December 2015, conflict between various players has not deescalated. It is further unlikely that a political settlement will be reached as the parties involved have taken actions to bolster their political and economic influence inside the country.

The second fact revealed is the formation of new alliances. Western and local observers believe BDB received support from other groups in Tripoli and Misrata by forging an alliance with fighters who once followed Ibrahim Jadhran, a former commander of Libya’s Petroleum Facilities Guard (PFG). There are also signs that fighters from Misrata participated in the attack and were possibly the decisive factor in the attack plan. Colonel Ahmed Al-Mismari, the spokesperson for the Libyan National Army, accused Al-Qaeda and the Muslim Brotherhood of being affiliated with the latest attack. He added that armed militias from Misrata, including the Al-Morsi Brigade and the Al-Halbous Battalion took part in the attack.

Resuming the battle over Libya’s oil resources could result in several negative political and economic repercussions:

1-  Entrenching divisions: The BDB’s raid of Sidra and Ras Lanuf hindered ongoing efforts to reach settlements on existing disagreements among groups in the East and the West of Libya. This is evident by the declaration of the internationally recognized Libyan parliament that it will suspend national dialogue with political groups after the recent attack. At the same time, the political gains that the Tripoli government could garner are not guaranteed, especially amid predictions that the national army is ready to retake the two ports.

According to Jadallah Al-Okli, a board member of Libya’s National Oil Corporation (NOC), it is likely that a state of “force majeure” could be declared in the two port cities if security tensions continue. This could prevent the NOC from raising production to 1.2 million barrels per day by the end of 2017. Instability in the oil crescent could result in smuggling Libya’s oil by-products overseas, which has been noticed in recent months, as confirmed by NOC Chairman Mustafa Sonallah in January 2017.

3- Global polarization: Some Western reports indicate that ongoing battles over Libya’s oil ports could support Russia’s attempt to bolster its influence in Libya. When asked by Senator Lindsey Graham in a testimony to the US Senate Foreign Relations Committee in March 2017, whether Russia is “trying to do in Libya what they are doing in Syria,” Commander of the United States Africa Command (AFRICOM,) General Tom Waldhauser, responded: “Yes, that’s a good way to characterize it.”

Although Russia is trying to avoid direct interference in the Libyan conflict, unlike in Syria, there are several indicators that its influence in Libya is growing. Oleg Krinitsyn, CEO of the Russian private security firm RSB-Group, said on March 12, 2017, that a force made up of several dozen security contractors from Russia carried out security missions in areas under the control of the Libyan Army until February 2017. That same month, Libya’s NOC signed a cooperation framework agreement with the Russian state-owned oil company Rosneft to promote Russian investments in Libya’s oil sector.

It appears the battle over Libya’s oil has become much more complicated due to the above indicators relating to a delicate balance of power among rival parties, and the formation of new, stronger local alliances. Accordingly, there are two possible scenarios. First, that the Libyan Army will be able to take back the two oil ports; second, that the BDB will continue to control the ports and forge ahead to control other ports.

The first scenario requires Libyan army commanders to revise military preparation plans and the map of alliances with local tribes, as well as receive more international and regional support. The second scenario is less likely, in light of current predictions that the army will succeed in recovering the two ports. In conclusion, continued unrest in the oil crescent could lead to more possible losses for Libya’s oil industry, which will create new problems for Libya’s economy in the near future.