Economic Dimensions of Drone Usage in the Middle East 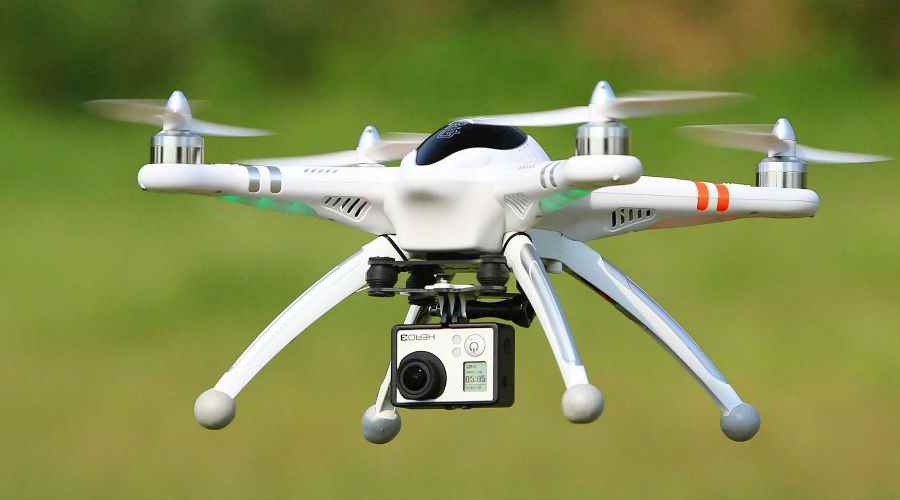 Drones, the operative term for unmanned aerial vehicles (UAV), have become one of the primary military tools used in armed conflicts in the Middle East. Demand for drones has rapidly increased in recent times due to regional powers seeking to utilize the technology for various military and security operations. One of the main reasons for the increased demand is the diversity of functions drones can carry out, as well as the relatively cheap capital and operational costs in comparison to planes or fighter jets as a means to carry out reconnaissance missions or air raids.

Given these advantages, it is expected that the Middle Eastern drone market will double in size over the next few years. There is evidence that drones have become available to armed factions in Syria, Iraq and Libya and that the use of drones is no longer monopolized by governments, but also used by armed groups and terrorist organizations like the Islamic State (ISIS) or Hezbollah. In addition, more stable countries in the region have sought to use drones to carry out various tasks, such as border surveillance.

In light of this, drones are expected to become central to military deals for some Middle Eastern states over the coming years. At the same time, increased demand for drones may lead to the establishment of regional centers for developing and producing drone technology. In fact, some states have already adopted these initiatives, which may prove a factor in a possible increase in military bilateral deals among the regional states.

Demand for the use of military drones is rapidly increasing globally, especially in the Middle East. On the global stage, estimates by the American Helicopter Society (AHS) International indicate that it is likely that the market demand for drones will increase by 5.5 per cent annually, leading to an increase in industry value from $6.4 billion to $10.4 billion by 2024. As for the Middle East, some estimates claim that demand for drones will grow from the current market of $260 million, to $3.8 billion over the course of the coming decade. This might end up constituting 8 per cent of the total global demand.

As for civilian use of drones, research carried out by Gartner, Inc. suggests that production of drones for personal and commercial purposes is increasing worldwide. It is expected that the revenue of such production will increase by 34 per cent, to reach a value exceeding $6 billion by the end of 2017. It is likely that this figure will reach $11.2 billion by the end of 2020. In addition, it is expected that nearly three million drones will be produced in 2017, a 39 per cent increase from 2016.

Centers of Utilization and Production

Some Middle Eastern states have restored to purchasing drones to enhancing their own military capabilities. For example, in 2014 Morocco completed a deal with France to purchase three military drones.

Drones have also been utilized in armed conflicts in some countries of the region. There are accounts claiming that drones are an important tool for warring factions, being used for air raids and reconnaissance missions. Aras Hasso Mirkhan, a military official for the Kurdish Peshmerga forces, a group currently participating in the conflict against ISIS in Iraq, stated that drones enabled the Kurds to monitor ISIS activity wherever they go. He confirmed that the Kurds are using drones in coordination with the anti-ISIS alliance, led by the United States.

Turkey has also made use of drones in its war against the Kurdish Worker’s Party (PKK) in southeastern Turkey. It also uses them for border patrolling. In 2015, the Turkish military stated that it had enhanced its usage of drones and reconnaissance planes on the Turkish-Syrian border, which extends 900 kilometers.

A spokesperson for the Russian Ministry of Defense, Igor Konashenkov, stated that Russian forces has used drones for reconnaissance ever since Russia’s intervention in Syria in late 2015. In February 2016, the Iranian Revolutionary Guard claimed it had utilized drones nicknamed Shahed 129 (the term ‘Shahed’ meaning ‘witness’), to assist the Syrian regime, and that these drones have the capacity to carry up to eight bombs or missiles.

Just as state entities have come to make use of drones, so have terrorist organizations. In January 2017, ISIS launched what has been defined as a “drone Jihadist unit” as a tool to compensate for the loss of ISIS fighters since the battle to retake Mosul was launched in October 2016. ISIS has used drones to target Iraqi forces and structures over the last few months. Likewise, Hezbollah has repeatedly used drones to survey Israeli air defense positions. In addition, there are accounts of Hezbollah using drones to back the Syrian regime in the countryside of Aleppo during the end of 2016.

As for drone-producing centers in the region, Israel is both a regional and global center of production. It is the second largest drone exporter in the world after the United States with the value of Israel’s drone exports reported at $4.6 billion between 2005 and 2012. There are many other indicators of emerging drone producers in the region, such as Turkey, which launched its own drone in April 2016 named the Bayraktar TB2. The drone was equipped with locally produced missiles manufactured by Baykar Makina. It therefore appears that increased demand for drones will push other countries to seize the technology necessary to manufacture them.

One of the essential factors behind the growth in worldwide demand for drones is the relative decline in costs of drone technology when compared to traditional military hardware. Aside from the high operational costs associated with traditional military hardware, the potential human costs are also a factor. In this context, estimates indicate that the cost of drones such as the Bell Eagle Eye amount to nearly $8.3 million, with an operational cost of about a thousand dollars per hour. This operational cost will naturally fluctuate depending on the nature of the military mission at hand, but it is nonetheless less expensive than the costs associated with operating fighter jets to carry out fighting and reconnaissance missions.

Despite this, estimating the costs of military drone technology is still an indeterminate process, given the high rates of accidents involving drones. The accident rate for American Predator drones is approximately 7.6 for every 100 thousand-flight hours. The figure for F-15S fighter jets is around 2.36 per 100 thousand-flight hours, according to data from 2011. Fighter jets are also more maneuverable and can perform missions that are more diverse. Drones on the other hand can provide their own strategic advantages, such as operating in hostile territory where there is a possible danger to pilots’ lives, as well as gathering and analyzing intelligence with a high level of efficiency, and having a high rate of accuracy in carrying out airstrikes.

In conclusion, it is safe to say that despite the difficulties in determining the costs and benefits of using drones, it appears that drones will be more widespread in the region over the coming years, due to their relatively low capital costs, and the desire of states to avoid unnecessary human casualties.