The rising phenomenon of scenes of dramatic violence in the region 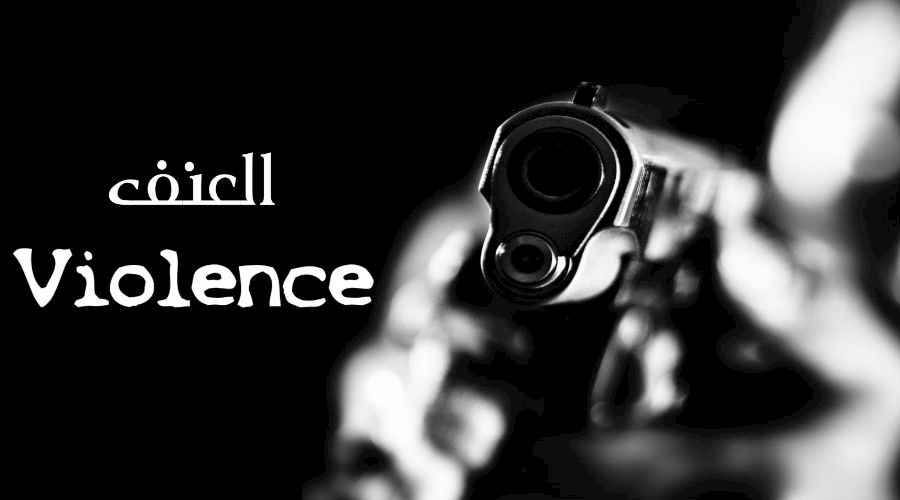 The similar acts of violence witnessed by several countries of the world, including various countries of the Middle East, have increased substantially, in some cases reaching the level of conformity to several scenes of local and global dramas, inciting widespread social and artistic controversy within those countries surrounding the extent of the drama’s impact on verbal and physical violence among societies and the reasons behind the recent upswing in this phenomenon.

Several countries in the region have witnessed various acts of violence which included the drama displayed on both local and global screens, in a manner that has drawn much chagrin due to the poor quality of the dramatic content, as well as producers seeking out this type of drama to turn quick profits, claiming that these acts are mass-media and that their popularity in some societies outweighs the campaigns waged by critics and intellectuals against them.

In other words, producers of this type of drama deliberately shed light on issues of a criminal nature, such as drug addiction, arms smuggling, and lawlessness. They aim for these scenes to include the highest degrees of verbal and physical violence, aiming to attract various groups within society, especially youth and children, to watch these acts in parallel with a lack of attention to social and cultural issues which may help develop societal and moral consciousness.

Dramatic works in various countries in recent years have presented images of several people practicing violence or falling victim therein in a manner that pushes children and youth to attempt to imitate them. Incidents of child suicide have spread, with the parents claiming that they were attempting to imitate the protagonists of various serials. Several studies have indicated a direct correlation between children being exposed to scenes of violence in works of drama and their social behaviors, which are characterized by violence in some cases.

Some dramatic works have consisted of a large group of scenes of violence against various groups within society. Many have begun warning against this phenomenon, including the Ramadan Drama Monitoring Committee formed by the Media Committee for the National Council for Women in Egypt. The group issued a report in July 2016 revealing that in serials throughout the month of Ramadan, women were subjected to approximately 1607 scenes of violence.

The Independent High Authority for Audio-Visual Communication in Tunisia issued a similar statement in July 2015 which confirmed that “some dramatic works were loaded with a significant proportion of violence of all types which would negatively impact broad categories of viewers, and especially fragile social groups such as children and adolescents.”

In 2012, Algerian newspapers noted that 15 children across the country committed suicide in the manner shown in the final episode of the famed cartoon serial “Detective Conan” over a short period of time. An incident where a scene from an Egyptian serial shown in mid-2016 was imitated in one of Egypt’s governorates provided a glaring example of the impact of drama on community violence. Citizens forced a man to wear women’s clothes, recorded a video of him, and posted it on social media as a result of personal disputes. It is striking that some social media sites have linked the suicide of Syrian man Jaber al-Bakr, the suspect in the attempted bombing of a German train station, in his cell in October 2016, to the American serial Homeland which referenced similar events.

In light of prevailing assumptions which state that drama is reflective of societal realities, where the influence is reciprocal, application of this theory largely reflects the dialectical relationship between the drama and society. In this context, we can highlight the causes behind an increase in the impact of drama on societal violence in the region as follows:

1. Several groups within society expressing their preparedness to respond to what they view as dramatic violence: this has been noted by several parties in terms of personal nature versus an environment dominated by chaos and lawlessness and the presence of these groups in various countries of the region. These nations are suffering economically and politically while simultaneously experiencing a decline in the provision of various social and economic services. Here, these approaches believe that being influenced by drama is one of the factors behind the spread of societal violence, but it is linked to other catalysts, such as socialization and economic conditions.

Drama in several countries has been subjected to the risk of the “slums” which represent, according to several reports, a source of escalating violence and the spread of terrorism. The increasing focus on these areas has recently taken a different turn, where producers of “slum dramas” have received interest and achieved high revenues where dramatic works have, in many cases, become a cause for promotion of these areas rather than cautioning against them. The impact of drama has also increased rates of societal violence in the areas where residents carry weapons or the activities of criminal groups have increased.

2. Failure to adopt the laws required to protect various groups within society: Despite the eagerness of much dramatic material to discuss the status and needs of women and children, in many countries, there is a need for equitable laws and regulations to protect them from being subjected to societal violence and forced labor, although this type of drama is typically incapable of exerting a positive impact in some societies. Particularly in light of the continued absence of such laws, it has become difficult to prevent further acts of violence against these groups.

Drama in some countries of the region has focused on the negative aspects of domestic violence against women and children, but this does not stop the acts of violence from continuing, even in light of the presence of several women’s rights organizations which are unable to alter the reality that a significant number of women experience domestic violence in light of an absence of deterrent laws and legislation.

3. Declining sense of belonging among various groups: Especially in light of the spread of political polarization in various countries of the region, and particularly the countries in which violent conflicts are on the rise, or where terror organizations have succeeded in winning over the most vulnerable groups within society due to their social and economic frustrations. This has rendered some elements more willing to commit acts of violence, whether by applying some of the ideas contained in violent drama scenes or by applying the same mechanisms used by terrorist organizations. This is especially applicable with respect to ISIS, which was able, to some degree, to employ the media to serve its goals and promote its ideas through videos that showcased the violence they employed in combating states and societies. A new pattern has emerged in this context represented in some individuals resorting to terrorist organizations in order to obtain money to commit acts of violence and terrorism, both within their countries or abroad. This became clear in the announcement made by the German authorities on 2 January 2017 that they arrested a Syrian refugee suspected of planning to obtain funds from ISIS and purchase a lorry to conduct an attack similar to the one implemented in Berlin.

Overall, it can be said that recognizing that what is witnessed by communities in terms of political, social, and economic developments and changes must cast a shadow – in the long term – over works of art with dramatic contact, and thus the impact of the latter on those communities has become a stark truth, especially with regard to scenes of violence and imitations of these scenes in various countries of the region. Supervisory mechanisms must be adopted toward artistic content that is not controlled and which can increase the level of violence in some communities.