Will “Oil Glut” Trends Continue to Rise in the Future? 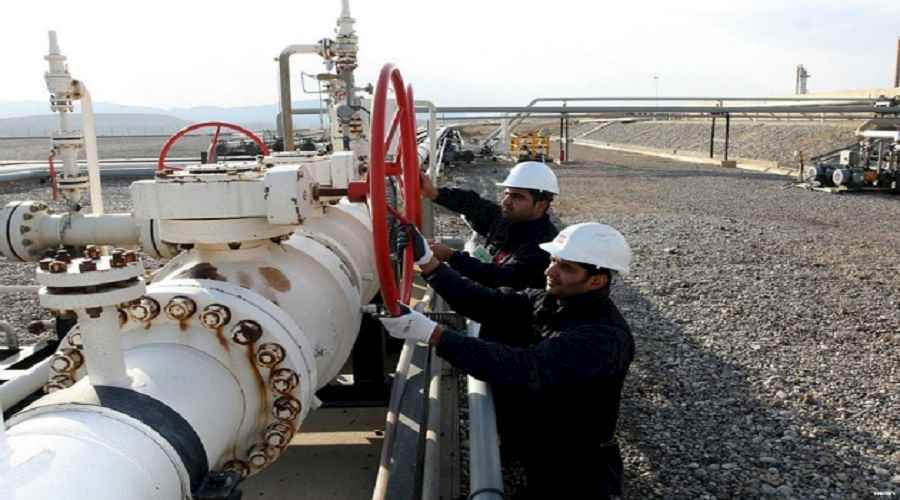 Various oil-exporting countries in the Middle East are planning to increase their oil production in order to maximize returns amid the severe economic crises precipitated by oil prices, which are dropping to less than half their 2014 levels. These states also plan to benefit from the fact that the Algiers Agreement, ratified on Sep. 28th, 2016, allowed for a reduction in the oil production ceiling for OPEC countries down to approximately half a million barrels per day.

Since the start of 2016, the countries of the region—most prominently Iran, Iraq and Libya—have moved to increase their oil capacity in order to gradually prepare themselves to reclaim their export stake in the global market, thus enabling them to eventually motivate economic growth. By the end of 2017, these three countries will be able to add more than one million barrels per day to production.

These countries may go even further in the future as long as they are able to attract the investments required to rehabilitate their oil sector investments. But it appears that their efforts to implement their plans by raising production will be at stake due to two major considerations: The first involves the potential for foreign investment to slow due to falling oil prices, while the second relates to continuing geopolitical threats to the oil industry in the aforementioned states.

Oil-exporting countries in the Middle East—most prominently Libya, Iraq and Iran—are looking to enhance their oil production abilities. In Libya, oil production increased gradually until the Libyan National Army, led by Khalifa Haftar, was able to gain control of four Libyan ports through operation Odyssey Lightning on Sep. 11th, 2016, conducted in the country’s oil crescent. Through this, the army was able to take over the ports of Ras Lanuf, Sidra, Zaytona and Marsa Al-Breqa.

After surrendering the oil fields linked to those ports to the National Oil Corporation, one of the most important oil companies operating in the oil crescent, the Arabian Gulf Oil Company (AGOCO) was able to recover its normal production capacity of 320,000 barrels per day compared to 200,000 previously. According to the National Oil Corporation, the company was also able to increase total production in the country to 500,000 barrels per day.

In light of these developments, prospects for the Libyan oil industry now appear more positive—this was confirmed by Mostafa Sanallah, Chairman of the National Oil Corporation, as oil crescent fields came back into operation. The country’s production will likely expand to 950,000 barrels per day by the end of 2016, compared to 290,000 barrels per day during the first months of 2016.

In Iraq, the government was recently able to rid itself of various risks which impacted the oil industry in the country, especially in the northern regions. As a positive transition in this regard, the government, in cooperation with the international coalition and various other parties, was able to defeat ISIS militarily in several cities in the country’s north during the first months of 2016, in order to regain control over several oil fields in the area in cooperation with the Kurdish Peshmerga.

This progress in the north helped the Iraqi government reach an agreement with the Kurdistan Regional Government, wherein both parties would share an export of 150,000 barrels of oil per day from various fields in Kirkuk, exported via Turkey.

On the other hand, in August 2016, the government reached an agreement with three Western oil companies, the UK’s BP, America’s Shell and Russia’s Lukoil, to supply investments worth $3.6bn. This was confirmed by the Deputy General Manager of South Oil which supervises oil work in the area. He stated, “Several vital projects which foreign companies halted due to the drop in oil prices are now underway following recently-signed agreements to reduce budgets.”

According to Iraqi officials, these investments are likely to enhance production to between 250,000-350,000 barrels per day in 2017. Iraq currently produces approximately 4.3 million barrels per day, mainly from fields in the country’s south.

To achieve this goal, the Iranian government has worked to improve the investment climate in the oil industry by signing oil contracts that are attractive for companies. These contracts will grant local and foreign oil companies a share of production through the participation of the Iran National Oil Company in various oil projects.

In light of the increasing attractiveness of these contracts, the National Oil Company signed a $4.4bn contract with Brisha to develop oil and gas in the Yaran, Maron and Kobal fields in Western Iran. New contracts will also be signed with foreign companies to develop other Iranian fields.

Without a doubt, the previous developments will improve economic conditions in the aforementioned countries. These improvements are likely to take place as follows:

1. Recovering market share: Iran and Libya are very fortunate to have recovered their oil shares without the support of the remaining oil-exporting OPEC countries, especially in light of the guarantees secured by the Algiers Agreement for the two nations, namely that they are exempted from the production ceiling and will be capable of maintaining, or perhaps increasing, production in order to restore a share of exports to global markets.

According to Iraq’s Ministry of Oil, after beginning to export from fields in Kirkuk once again, daily exports increased to 3.28 million per day, compared to 3.23 million in August. Libya is expected to expand their exports after recovering production levels this month.

2. Promoting economic growth: As a result of declining oil prices, economic growth in the oil-exporting countries in the Middle East and North Africa remains low at 2.2% for 2016. Contrary to pessimistic predictions, it appears that the oil sector recovery in countries such as Libya and Iran will reflect positively on the economy in the short-term. Growth rates are expected to reach 27.2% and 4.6% for 2017 respectively according to World Bank estimations. The Iraqi economy is expected to grow at a lower rate of 0.5% for the same year.

The ability of countries in the region, especially the aforementioned three, to continue increasing their production is based on two main factors, the first involves the pace of investments in the oil sector. Although the Algiers Agreement was signed, which allows oil prices to be subsidized between $55 and $60 per barrel compared to the current $50, this may theoretically revive oil investments around the world. Globally, the yields may appear low at the moment, and the agreement is shrouded in doubt due to global expectations that the oil surplus in non-OPEC states will maintain the deflationary trend witnessed by several Western oil companies at present. This will be reflected in the postponement of new oil projects on both a global and regional scale, as has already taken place in 2014 and 2015.

This trend is likely to frustrate some of the most promising oil projects in Iraq, Iran and Libya. According to Apicorp, these three countries have planned to implement projects worth $28bn, $25bn, and $1bn respectively.

The second factor relates to geopolitical threats. Despite the positive horizons for oil production levels in Iraq, Iran and Libya in the short-term, the production boom in these states will only persist if geopolitical threats fade. For example, Libya recently ended the closure of various oil fields in the country’s southwest such as Al-Sharara and Al-Fil, which have a maximum capacity of approximately 365,000 barrels per day.

With regards to Iran, despite lifting the economic sanctions imposed on the country, Western companies and foreign banks are reluctant to engage in activity with the nation out of fear of US retaliation.

The agreement reached between the Iraqi and Kurdish governments remains fragile, as the two parties have not yet reached a permanent agreement regarding sharing oil revenues.

Overall, it can be said that current oil production in Iraq, Libya and Iran has reached unprecedented levels; however, reaching maximum capacity will remain subject to the stability of world oil markets and overcoming geopolitical unrest in the region, both of which will be difficult to achieve in the short-term.