Limits to Popular Protests in Tunisia 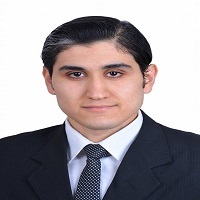 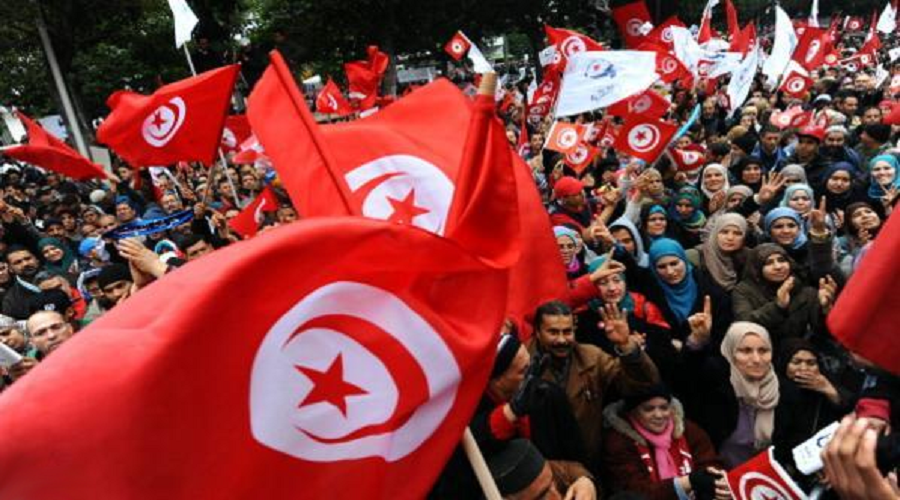 The current popular protests in Tunisia were sparked by the death of Reda Yahyaoui, a young man who was electrocuted in the governorate of Kasserine after climbing a utility pole and threatening suicide in protest of his exclusion from a list of applicants for government jobs. What began as limited protests in the working-class city of Kasserine soon spread to neighboring towns and the capital, where protesters demanded solutions to worsening economic and social conditions. A policeman was killed and more than 350 protesters were injured in clashes with security forces. These developments sparked fears that Tunis, five years after the 2011 popular uprising that overthrew the Zein al-Abidine Ben Ali regime, would fall back to square one. Forced to respond to the demands of protesters to contain the growing unrest, the current Tunisian government took precautionary measures including a nationwide curfew.

Roots of the Recent Protests in Tunisia

The recent popular protests have political, economic, and social roots. Politically, the current unrest was a reaction to the country's worsening corruption, nepotism, and bribing throughout state intuitions. The immediate cause of the protests was the manipulation of a list of job seekers from the city of Kasserine, whereby corrupt officials were bribed into excluding some applicants from the list and replacing them with others based on personal relations. Reda Yahyaoui who was one of the excluded applicants accused the authorities of Kasserine of corruption.

In addition, the ruling Nidaa Tounes party suffered a crisis when a power struggle between Hafedh Caid Essebsi, the son of Tunisia's President Beji Caid Essebsi, the party’s new secretary-general, and Mohsen Marzouk, one of the party's founders, who broke away from the party. The power struggle within the ruling party led to a reshuffle of ministerial posts and the resignation of 22 Nidaa Tounes lawmakers from its parliamentary group leaving the party with 64 parliamentarians compared to Islamist party Ennahda’s 69. This political crisis, which for Tunisians was all but a power struggle - where politicians shared the gains and ignored the social and economic roots of the suffering of citizens - fueled popular anger. Moreover, an anti-torture organization accused Tunisian police of abusing citizens and said it received no less than 500 complaints against security services, including 50 in the past four months.

The social and economic situation has deteriorated since the fall of former President Ben-Ali's regime, as the successive governments have failed to address root issues. The general unemployment rate in Tunisia stood at 15.2% (more than 601,000 individuals) in 2015, 30% (more than 212,000 individuals) of which are graduates in the age group of 15-29 years. In addition, Tunisia's economy grew less than 1% last year due to the crisis that hit the country's tourism sector following terrorist attacks and security instability.

The already severe social and economic situation continues to deteriorate in marginalized border areas which revolted against the Ben Ali regime, including the city of Kasserine, where half of the workforce is unemployed, 20% of people engage in unlicensed jobs, and standards in the healthcare and education sectors are falling. The economic situation further deteriorated, particularly in Kasserine, due to a decline in smuggling activities - once a major source of income for the city's population - after Algeria set up a blockade on its border with Tunisia, which also tightened security measures at its borders because of terrorist group activities.

Due to the rising violence in several Tunisian governorates, the Ministry of Interior imposed a nationwide overnight curfew to prevent violence and theft, as well as the deployment of additional army units to help the police enforce security measures. While President Beji Caid Essebsi, in a televised speech on January 22, described the widespread protests as legitimate and pleaded with the people to give his government more time to address the challenge of unemployment. Essebsi also accused political parties and local and international media organizations of taking advantage of the protests and stoking the situation.

The Tunisian Government considered peaceful protests a constitutional right and reiterated its commitment to protecting all individual and public freedoms. The Government also announced that it understands the suffering and the demands of the unemployed. But at the same time, the government warned against violence, sabotage and targeting security posts.

In addition, the Tunisian Government took emergency measures to pacify protesters in Kasserine and decided to allocate jobs to 5,000 unemployed individuals in the governorate, support some 500 small and medium-sized enterprises using funding from the Banque Tunisienne de Solidarite, provide plots of land to individuals before March 2016, carry out 9 infrastructure projects including construction of roads, bridges, and 1000 housing units, and deploying a fleet of ambulances and opening specialized healthcare centers. The government also decided to form a committee to investigate corruption cases and administrative procedures in Kasserine, as well as the manipulation of lists of job applicants, which was the immediate cause of protests in the governorate.

Position of the Ruling Coalition Parties

The ruling coalition of political parties, Nidaa Tounes, Ennahda, the Free Patriotic Union, and Afek Tounes held a meeting on January 23 at the headquarters of Nidaa Tounes to discuss the spreading protests. At the meeting, the parties declared their support for the legitimate demands of protesters and called upon the government to take emergency measures to create jobs for the unemployed.

The coalition also called for an emergency meeting of a committee of experts, which represents the coalition parties, to work with the government on coordinating emergency measures in response to the demands of protesters, and prepare for an emergency all-inclusive national seminar on employment and jobs. The coalition parties also agreed to hold a meeting with the Prime Minister on January 27 to present their recommendations for a solution to the crisis and determine the relevant measures to be carried out.

The leader of the Islamist Ennahda movement, Rashid Ghannouchi, stressed that the unemployed have the right to demonstrate and urged them to understand that the government faces difficulties as it attempts to solve the problem of unemployment. He even demanded the government prioritize job creation and business people increase their investments and projects in Tunisia.

In turn, the leader of the Free Patriotic Union Slim Riahi demanded that a new prime minister, from any of the four parties of the ruling coalition, be appointed to take over from Habib Essid or set up a partisan team that is experienced in elections and politics, and can interact with citizens to learn about their grievances, to work with the premier, and enable the coalition to deliver on their electoral promises.

Demands of the Opposition and Workers' Unions

The leftist Popular Front party, which currently holds15 seats in the parliament,  believes that Tunisia is witnessing a revolution or a social explosion and has accused Prime Minister Habib Essid's government of failing to meet the social and economic demands of Tunisian citizens. In the same context, Moncef Marzouki, former President and current leader of the Tunisia Al Irada Movement, called for a national salvation conference to work out solutions to the current crisis, including early legislative elections. Marzouki also stated that the Essid government has no future and accused the ruling Nidaa Tounes party of deceiving voters.

Tunisian General Labor Union, a national trade union center which declared support for the legitimate demands of protesters, called upon the government to take urgent and practical measures and initiate dialogue with protesters. However, the Union ruled out the possibility of a second revolution erupting in Tunisia and warned against taking advantage of the protests to perpetrate acts of violence and vandalism in the country.

Potential Consequences of the Crisis

Tunisian protesters are overwhelmingly angry with the four-party ruling coalition that failed to address the worsening social and economic situation. A negative impact on the cohesion of the ruling coalition is expected should the protests continue and the four parties of the coalition fail to agree on an exit from the crisis.

In addition, the current unrest may lead the Nidaa Tounes party to further disintegration and division, because the protests serve as a message from protesters about the party's failure to implement its social, economic and political project. This will, in turn, encourage more members of the party to resign and join the new party announced Mohsen Marzouk, the resigning secretary-general of Nidaa Tounes. Failure of the current Tunisian government to contain the nationwide crisis and enforce its own decisions in order to stabilize the situation and appease the angry protestors will mean social protests will continue to spread and the crisis will lead to either one of two scenarios:

In the first scenario, the Habib Essid's government would dissolve and be replaced by a multi-partisan government formed of ministers representing the four coalition parties. This is based on the view that the political crisis is the result of their own failure to deliver on their electoral promises and to appoint their representatives to the government. Alternatively, a national salvation government would be formed of technocrats with support from the Tunisian General Labor Union and influential political parties of significant weight in the parliament, following a national all-inclusive dialogue involving all political parties and civil society organizations that will develop a strategy to extricate Tunisia from its current social and economic crisis.

In the second scenario, early parliamentary elections would be staged, based on the view that one of the ways out of the crisis entails that the winning party would form a strong majority government alone to be able to address the grievances of Tunisians by carrying out its electoral program. Such a government would replace the current coalition government.

Political parties would most likely accept the second scenario should the government reshuffle fail to appease protestors, and that political parties and civil society organizations fail to agree on a solution to the crises.