The fate of Al-Abadi’s new government in Iraq 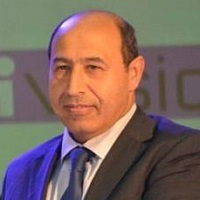 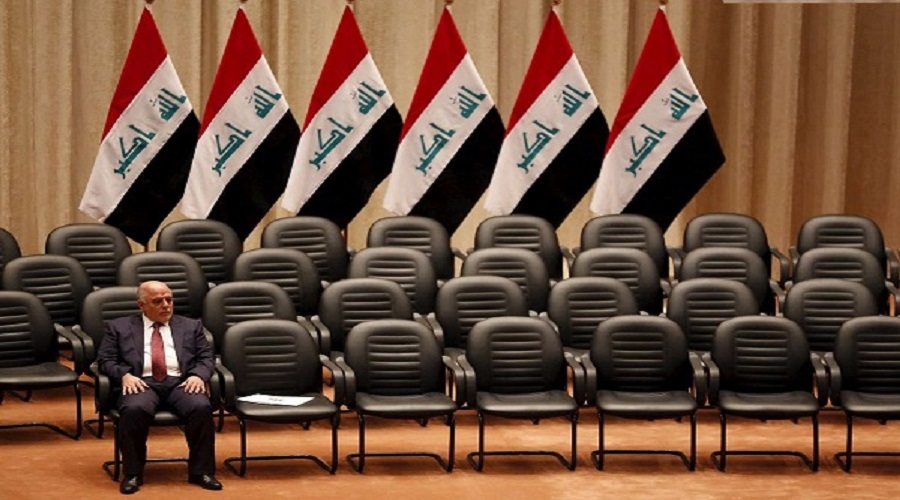 By presenting a list of candidates for ministerial posts in the technocrat government, which the Iraqi public have called for in the past few months, Iraqi Prime Minister Dr. Haider Al-Abadi fulfilled his obligations towards protesters, religious groups, and some political heavyweights, like the Sadrist Movement (Al-Tayyar al-Sadri). Al-Abadi also referred full responsibility to the Council of Representatives and other political blocs.

The liberal Al-Ahrar Bloc under the leadership of the Cleric Muqtada al-Sadr – who staged a sit-in with his followers at the entrances of the Green Zone for several days - is expected to support the names nominated by the Prime Minister without any objections. Also, some representatives affiliated with the State of Law Coalition would follow suit. However, the battle between the various political factions has just begun, and would not end quickly.

The proposed Government presented to Parliament

During his speech on March 31st, al-Abadi gave the Parliament ten days to review the candidates before voting to provide for confidence in the new government, which comprises 18 ministers, of which 16 are new. Both the Minister of Interior Mohammed Al-Ghabban and the Minister of Defense Khaled Al-Obeidi kept their positions, as the country is witnessing difficult security conditions and military challenges that necessitate keeping the security ministers until the military operations against ISIS end, and security is established. However, the two ministers represent two political groups, namely the Union for Iraqi Forces represented by the Minister of Defense, and Badr Organization represented by the Minister of Interior.

Despite the fact that the justification of keeping the two ministers is logically accepted; this procedure will spare Prime Minister al-Abadi the opposition of the Badr Organization, which is part of his alliance, and significant opposition from the Itihad Al-Quwa Al-Wataniyah bloc that will keep the post of Ministry of Defense. The selection of the ministers of interior and defense was one of the most complicated procedures that faced the formation of the former Iraqi governments in 2006, 2010 and 2014. Delays occurred while nominating ministers of government due to political disagreement on the candidates. The two positions remained vacant during Nouri Al-Maliki’s second term (2010-2014) and were run by agency partners throughout the government’s term.

All political groups feared that the street would rage against them if they impeded the formation of the new government. However, these blocs cannot easily abandon their representatives in power; since this means that they will lose their ability to polarize supporters. Another concern for some political blocs, specifically the Islamic Supreme Council of Iraq, led by Ammar Al-Hakim -the main competitor for the Prime Minister’s party the Islamic Dawa Party - - is that al-Abadi will remain as the country’s Prime Minister, which will grant him a wider authority and greater capacity to extend at the expense of other political parties in the upcoming elections.

It is worth noting that the Dawa Party has already expanded since the first elections in 2005 and its parliamentary representation increased as a direct result of assuming the post of the prime ministry, which has been politically invested to serve its interests. The Party’s representation with its two divisions (the general headquarters and the internal organization) was limited to 25 seats in 2005, and increased to 89 members of parliament in 2010, then reached 105 representatives in 2014, as the number of members of Parliament increased from 275 members in 2005 to 328 members currently.

All the political blocs adopted reform, at least officially, and do not dare to oppose the formation of a government of experts (technocrats) demanded by the Iraqi street and religious factions, due to the failure of the Government’s partisan and sectarian quotas during the last period of state administration, which was characterized by corruption, lassitude and rivalry. However, these blocs continue to innovate by means of finding a role in the coming phase.

On one hand, they publically oppose keeping Al-Abadi as a Prime Minister, due to the fact that he is a politician not a technocrat, as the country is headings towards forming a Technocratic Government, which should include the Prime Minister and be void of any partisan representation. On the other hand, President of the Al-Muwatin Bloc, Ammar Al-Hakim suggested forming a National Security Council comprising the leaders of the various political blocs or their representatives to monitor the work of the new government.

Some of the means adopted by the political blocs to impede the formation of al-Abadi’s suggested government is through libel of new nominees, accusing them of terrorism or corruption. Whilst these accusations are not necessarily true, but are used to keep candidates nominated by al-Abadi at bay, and bring forth candidates who do not support him. Another method applied to inflict further chaos, and perhaps frustrate new ministers is through the spreading of rumors that some have withdrawn from their new posts. Examples of this include, the Minister of Oil, Nizar Saleem, and the Minister of Finance, Ali Allawi, forcing both individuals to refute these rumors.

The candidates suggested by Haider Al-Abadi for the cabinet are distinguished individuals within their specialties. Candidates include, the international expert on water resources, food and agriculture, Dr. Hassan Al-Janabi, who was an Ambassador to the Food and Agriculture Organization (FAO) of the United Nations and a number of western institutions for several years; as well as the writer Ali Allawi, an international expert in economic and financial affairs, who was the former Minister of Finance, Trade and Defense. In addition, candidate for the Ministry of Higher Education and Scientific Research, Abdul Razzaq Al-Issa, who worked in the field of higher education throughout his career, and was the President of the University of Kufa, which was considered one of the most successful Iraqi and Arab universities under his remit.

However, the cabinet also includes individuals who are not as well known in their field of work nor in the domains in which they were assigned, such as, al-Sharif Ali bin al-Hussein, nominated for the Minister of Foreign Affairs post. Many political and public parties rejected his nomination, especially the Itihad Al-Quwa Al-Wataniyah party and the Foreign Relations Committee of the Council of Representatives, which issued a statement announcing al-Hussein is not fit for the position.

Al-Sharif Ali, known in Arab circles because of his kinship with Iraqi King Faisal II - he was the maternal first cousin of the late king - and may be accepted by Arabs because of his family ties, and internationally because of his fluency in English, being his primary language. However, a technocrat government requires nominating non-political experts. Al-Sharif lacks these two conditions; he is not an expert in foreign affairs, and he leads a political movement – the Iraqi Constitutional Monarchy Movement - which calls for the return of monarchy to Iraq. This movement was part of the State of Law Coalition led by the former Prime Minister Nouri al-Maliki, and previously part of the Iraqi National Conference led by the late Ahmed Chalabi.

Among the objections to the new cabinet lineup, is that al-Abadi's Cabinet selected it without consulting with the other political blocs. This protestation presented by the Sunni Itihad Al-Quwa Al-Wataniyah bloc, led by Osama Al-Nujaifi, who insists on a representation percentage, at least one-third, in the new government, to reflect the percentage of the population he represents. The Kurdish blocs also object to the process of selection, yet do not reject reform in principle. The Kurdish bloc also insists on maintaining the current 20 per cent quota in government, and do not consider candidates selected by the Prime Minister as representative of the Kurdish bloc, unless specifically nominated by the bloc.

It is apparent that the Kurdish bloc has other more pertinent goals than the percentage of participation in the federal government. These goals include sharing resources between the center and the province, in order to reach an agreement on the province’s share in exported oil, as well as other economic issues that the bloc consider of significance. Consequently, if al-Abadi reaches to an agreement with the Kurds, that satisfies their demands in this regard, he can select nominees that both sides deem acceptable. Currently, Al-Abadi has chosen two Kurdish nominees, the Minister of Oil, Nizar Saleem, and the Minister of Construction, Housing, and Municipalities, Hoshyar Amin Rasul.

Moreover, the National Coalition bloc presided by Ayad Allawi opposes the method for selecting candidates, despite the fact that it does not reject any of the nominees, and perhaps supports the majority, especially Ali Allawi and Hassan Al-Janabi. However, the National Coalition is of the view that the changes in the new cabinet and the technocrat government must also include the Prime Minister.

The point at issue is that these ministries still exist in the law and cannot be merged without an amendment by the Council of Representatives. Thus, these ministries will remain independent and run by proxy by the suggested ministers of the combined ministries. These merges have also faced objection, as they were not as a result of consultation between the political blocs but was decided by the Cabinet.

Forecasts for the al-Abadi Government

The candidates nominated by Al-Abadi to form the new government are expected not to be fully endorsed despite having consensus on some of the nominees, like the Ministers of Agriculture and Finance. The various political blocs will stall the process in order to include their nominees in the upcoming government cabinet. Therefore, the ten-day period may not be sufficient to resolve disagreements among the various blocs.

In addition, the Al-Ahrar bloc, led by Muqtada al-Sadr, announced that it would not participate in the new government. It is the only bloc whose statement conformed with its practices, which will increase its popularity in the upcoming elections. It is worth noting that participating in the incumbent government would not benefit the Al-Ahrar bloc, because of the rarity of resources, accumulation of crises and debts, and heightened security challenges amongst others. Therefore, Al-Ahrar will stay outside of the authority to monitor its performance, while baring no responsibility for negative aspects.

To conclude, it has become almost certain that there is no other choice for the Iraqi political parties but to proceed with changing the government, demanded by Iraqi citizens, religious groups, and some big political powers. They would seek to diminish their losses through replacing some of the candidates suggested by the Prime Minister, and presenting technocrat nominees who might respond to their interests by keeping their representatives in the ministries; that is to say, under-secretaries, consultants, and general managers. The blocs will also refrain from adopting stances that might affect their interests and reduce their influence and popularity.

In all cases, the upcoming technocrat government, whatever its formation entails, will face several difficulties in many aspects. First, the scarcity of financial resources required will prove difficult to achieve economic reform. Second, and perhaps most importantly, is the non-cooperation of the political blocs and their attempts to retain power following the elections. However, the other problem would be the inefficiency of many of the leading cadres in the Iraqi institutions and ministries, appointed in their posts for mere political reasons, and which would resist reforms, especially when targeted.