How Taliban’s rise is impacting the Middle East? 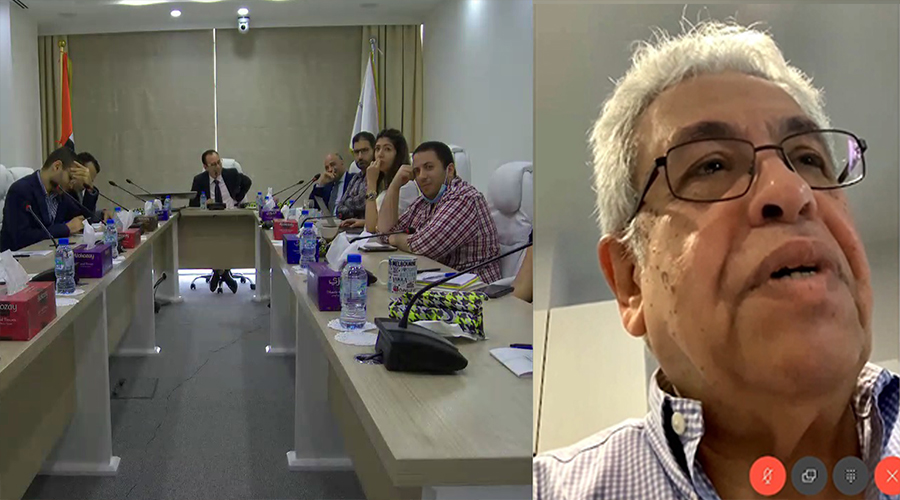 The Abu Dhabi-based Future for Advanced Studies and Research had the honor to host the prominent political thinker Dr. Abbdul Mune’m Saeed to a seminar to share his thoughts and deliberations on the developments in Afghanistan.  The seminar featured a fruitful discussion on the potential impact of Taliban’s rise to power on conflict zones in the Middle East, not just on the regional and internal political arena but on the emergence of powerful armed organizations.

The Shock from Kabul

Dr. Saeed began by talking about the state of astonishment and shock prevailing the international community  due to the  recent developments in Afghanistan, despite the global advance knowledge of the US withdrawal from the country, that was made publicly by the former US Administration of President Donald Trump. While the prevalent perception was that the Taliban would sit with the now-ousted Afghan government at the negotiating table to reach a settlement, the shocking speed and manner of the Taliban's seizure of control of Kabul were not anticipated and raised wide controversy.

Dr. Saeed asserted that to understand the significance of the current developments, one should have a careful look into the geographical map to figure out the characteristics and geopolitical importance of the Afghan state.  At first glance, Afghanistan appears to be a seemingly insignificant landlocked country in Central Asia that has no economically important crops, continues to be governed by strict traditions similar to those from the Middle Ages and is built mainly on divisions along tribal lines.

However, Afghanistan is surrounded by major significant powers: it borders Iran to the West, Pakistan to the South, China to the East, Uzbekistan, Turkmenistan and Tajikistan to the North, making this troubled stated of special geostrategic importance for its neighbors.

These can be outlined as follows:

1-    China aims to curb the influence of the Muslim Sunni movement, so that it does not penetrate its borders to reach the Uyghur minority. Beijing holds the Uyghurs in camps to eradicate their Islamic identity and cultural characteristics and to return them back to the traditional Chinese system. China welcomed the United States’ intervention in Afghanistan because of Washington’s role of fending off terrorism and extremism that can penetrate the Afghan border and potentially threaten China. No doubt, therefore, China will be completely strict in dealing with any future threats that come from Afghanistan.

2-    Russia is still suffering from the trauma caused by its defeat in Afghanistan. While the current circumstances are different from the era when Moscow went to Afghanistan in the 1970s, Russia remains concerned over the current situation with the fear of battling with extremism and the threat of terrorist recruitment expansion.

3-    Iran has various consideration and concerns. Despite its predominantly Shiite population, Tehran and Taliban have the common goal of resisting ‘the American enemy’. But Iran is well aware that the extremist Sunni ideology which Taliban embraces shows hostility to the Shia.  On the other hand, however, Afghanistan too has a Shiite minority that might have weight amid the Sunni movement that Iran would employ to turn it to a strategic asset.

4-    India perhaps sustained the biggest losses in the recent developments that swept across Afghanistan culminating in the rise of Taliban to power. In New Delhi’s view, Taliban’s rise is a triumph for radicalism and extremism which is already a major threat for India. Extremists, in India’s view, would not spare India from terrorist attacks on its soil, while the state aims to  establish a weight within the Quadrilateral Security Dialogue, also known as the Quad. Quad is a strategic dialogue between the United States, Japan, Australia and India, a security and military alliance, set to have considerable weight in the foreseeable future.

Dr. Saeed emphasized that the United States, at all levels, is paying close attention to the developments in Afghanistan, which evoked two main types of reactions:

A strategy led by President Joe Biden defending the withdrawal from Afghanistan, despite the subsequent developments, as being an end to an “eternal war”. For the US to remain in Afghanistan would mean continuation of huge spending on that eternal war that is unlikely to achieve its goals, and one which, in Biden’s view, would not yield any results for the US.

A defensive Biden also believes that he has saved the United States and that the country should think about repositioning itself in today’s world, because it belongs to “the democratic world” where it should forge its major alliances with democratic countries. Based on that, it should not involve itself in other places.

Republicans lead this wave of criticism, saying that the United States failed to achieve its goals in Afghanistan where it left behind a whole people without being able to teach democracy.

This view is, in fact, is reductionist and shortsighted as it ignores that withdrawal from Afghanistan is an old plan that has been proposed since the days of former president George W. Bush. Three years after the US invaded Afghanistan in 2001, it became clear that this war cannot be won. But in their quest to achieve this goal, the military, naturally, would say that they need additional capabilities to achieve victory. In fact, the US military did receive huge support along the line and yet achieved temporary and short-lived victories soon after which the situation returns back to status quo ante. Teachers and other professional were sent by the Americans to educate the Afghans, as if democracy can be achieved through these formalities. They ignored the normal development that countries require.

Dr. Saeed highlighted that the Middle East will not be spared from the repercussions of the Taliban's takeover of Afghanistan, especially because the region is still suffering from disturbances in the wake of the Arab Spring. Regional non-Arab states, such as Turkey and Iran, attempted to benefit from the shift. Tehran insisted on its usual behavior of using the Shiite minorities in regional countries, while Ankara escalated an expansionist course. The two states were helped by a lack of a powerful Arab regional alliance, away from bilateral relations of the powerful regional states.

From Turkey and Iran came statements following the Taliban takeover of Afghanistan to reflect the stands of the two states on the recent developments. That is, Ankara wants to inherit the United States’ influence in Afghanistan, while Iran attempts to have Taliban as one of its allies to use them as a bargaining chip against its opponents and Washington in particular.

That is why, according to Dr. Saeed, the Arab states have fear that the Taliban’s takeover of Afghanistan will give a morale boost to extremist groups and organizations operating in the region, inspired by a group that is backward, at least military wise, but was nonetheless capable of defeating great nuclear-armed powers thus reviving fears of new attempts to replicate the Taliban model across the region.