Domestic and International Implications of the Iranian Protests 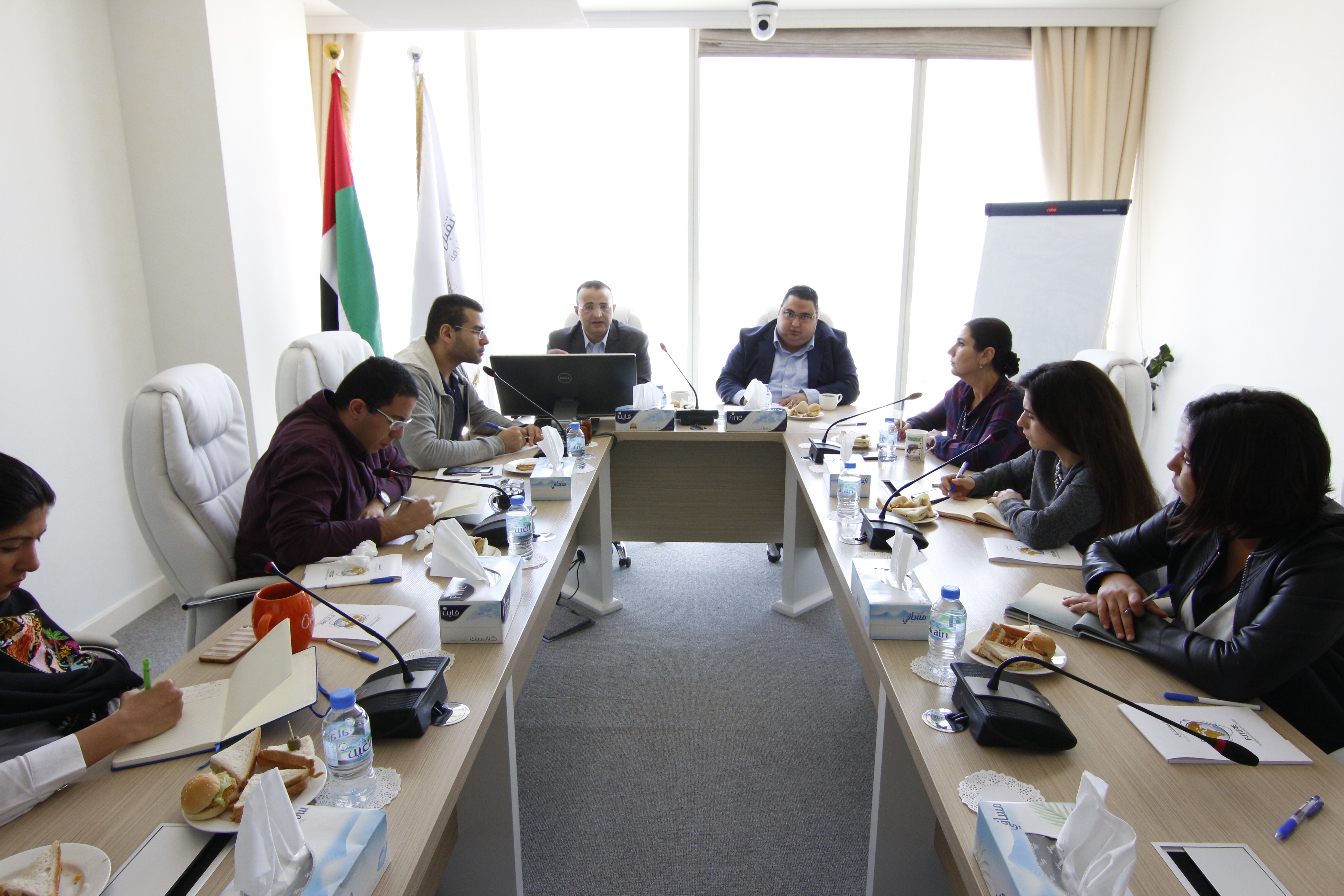 The protests, which flared up in Iran in December 2017 and January 2018, highlighted the chronic deficiency plaguing its regime’s political and religious legitimacy since 1979. Every decade, the regime faces a major crisis, to which it responds with a policy of “force and sedation”, as happened in the 2009 protests, known as “The Green Revolution.” However, the recent wave of protests will have several significant implications for the Iranian regime, making it a relatively different from the previous ones.

This was the key findings of a workshop organized by the Future for Advanced Research and Studies (FARAS) on January 18, 2018, titled “Looking beyond the Iranian Protests: Possible internal and external implications.” The keynote speaker was Mohammed Abbas Naji, Editor-in-Chief of Mukhtarat Iraniya (Iranian Selections) magazine issued by Al-Ahram Center for Political and Strategic Studies (ACPSS). The following are the main conclusions:

First: How the Iranian Regime Deals with the Protests?

The Iranian regime has been able to deal with recent protests through relatively flexible mechanisms compared to previous events, as it has grasped its lessons from the 2009 demonstrations. It has taken many steps, notably to restrict the intervention of the Islamic Revolutionary Guard Corps (IRGC), rely on the security forces and the Basij in dealing with demonstrators, take urgent economic action to accommodate some of the protesters’ demands and block key social media websites used by the protesters, specifically Telegram. The regime agreed with the Russian company, which runs the application, to have an office inside Iran to provide the users’ data to Tehran, thus, enabling the authorities to access the data of activists who organize the protests.

The Iranian regime has adopted these relatively flexible mechanisms because it feared of a recurrence of the 2009 crisis, which has seriously dented its legitimacy. Another reason was that the initial trigger of the recent protests was not political, but economic and social, due to the depletion of funds abroad. Moreover, the regime realizes that using heavy hand only to break up protests may further fuel them.

On the other hand, the Iranian regime has relied on these policies due to the increased attention of the international community, especially the United States, European Union and human rights organizations. That is particularly after the US imposed sanctions on 12 January 2018, involving 14 entities and individuals, accused of human rights violations, including the head of the judiciary, Sadeq Larijani, one of the hawks of fundamentalist conservatives, the brother of Ali Larijani, head of the Shura Council, and one of the potential candidates for the succession of the supreme leader Ali Khamenei.

Second: Significance of the Protests

The recent wave of protests revealed some key significances, the most notable of which are the following:

1– Breaking taboos: Remarkably, these protests questioned the legitimacy of the regime and the sanctity of the supreme leader, religiously and politically, as some protesters called on him to step down and burned his pictures in the capital and various provinces. Iran has never witnessed such practice before.

Furthermore, protests broke out in rural areas far from the capital, led by lower-class protesters against spiking food prices and cutting subsidies for fuel and other commodities. Thus, the protests have not only condemned the regime’s policies at home and abroad, but have also called for an end to the concentration of wealth in the elite of the clergy, who belong to the middle and upper classes of society, in what came to be known as “Ayadollar” instead of “Ayatollah.” This revealed influence of the clergy, and rampant corruption within state institutions.

2- Divergence of ethnic stances: The Kurds and Arabs participated in the protests, while the Azeris, the armed Baloch and Kurdish groups refrained due to the divergent demands of the protesters. They did not want to participate as well due to the regime’s allegations that the protests were plotted in northern Iraq, implying that they will suffer additional security clampdown, although the regime’s allegations have not been substantiated.

3- Diminished role of armed opposition abroad: The influence of Mojahedin-e Khalq (MKO) has been weakened, and the opposition has failed to convince the international powers to change its policy towards the Iranian regime. This was coupled with the ageing of opposition leaders, which reduce their role in any political change that may occur.

The recent wave of protests will likely have numerous internal repercussions on Iran, including the following:

1- Strong pressure on the Iranian president Hassan Rouhani, from many fronts, chiefly from the supreme leader, the IRGC and the fundamentalist conservatives, the traditional conservatives, as well as from his supporters as was evident in the “We regret Rouhani” campaign against him, and even from the moderates, especially the reformists who believe in Vilayat-e Faqih.

2- Rivlary between Rouhani and the IRGC: Arguably, the IRGC has become in a fix; the government may take advantage of these protests to call for a reduction in the role of the IRGC in the economy. On the other hand, the IRGC will try to turn the events to its advantage and further enhance its roles, especially since that its late intervention to quash the protests has proven to be effective.

3- A new review within the conservative movement: The recent protests reinforce the hypothesis of such review. Among the most striking manifestations are: the retreat of Ahmadinejad’s movement, rise of the “hawks camp” in preparation for the upcoming presidential elections, slated for 2021. Moreover, the roles of some key figures of the movement will increase significantly, especially Sadeq Larijani. On the contrary, the role of the older generation of fundamentalist conservatives will decline, as Hashemi Shahroudi suffers from continuous health problems, and Ahmad Jannati is very old. Among the manifestations is the struggle between the younger generation within the movement, such as Ebrahim Raisi, Sadeq Larijani, Mojtaba Khamenei and Hassan Rouhani.

4- New polarization within the reform movement: Given the growing impact of “we regret Rouhani” campaign, tensions may arise within this movement, as reformists look for a new leader, despite that some may cling to president Rouhani during the protests, who may make government reshuffle after the protests are over.

On the other hand, the regime may revisit its current policy towards reformists, in view of their supportive stance to the regime during the protests. This was evident in the supportive position of former President Mohammad Khatami to the government, the reluctance of reformists to participate in the protests, and their criticism of Washington’s statements, which may lead the government to reconsider the house arrest of the reformist leaders Hossein Mousavi and Mehdi Karroubi.

Despite the protesters’ demands to re-channel funds spent on financing Iran’s allies and agents abroad, as manifested in several slogans such as “Neither Gaza, Nor Lebanon, I Give My Life to Iran!... Leave Syria, think about us,” it is unlikely that the regime will freeze a large part of such funds, or to stop it, for the time being. On the contrary, the regime may further increase its external interference, in response to the accusations made by some of its officials and supporters to several regional and international powers of inflaming the protests to turn them into a revolution against the regime. That is especially after the US had called on the Security Council to convene to discuss the Iranian protests.

In any case, the protesters’ demand to end the regime’s support for its allies abroad has sparked internal controversy over the sources of such funding. Some supporters of the regime promoted the idea that a large portion of this does not come directly from the public budget and does not affect the funds of the Iranian people, but it comes from zakat funds and the Khums (i.e. one-fifth), which are obtained by religious authorities and religious institutions that serve the interests of the regime abroad, although they are not formally associated with it. However, some opponents dismissed these claims as incorrect, because a large part of the sources of funding for the activities of those organizations comes from the public budget. For example, USD 220 million has been allocated in the 2018 budget to religious organizations, all of which play external roles.