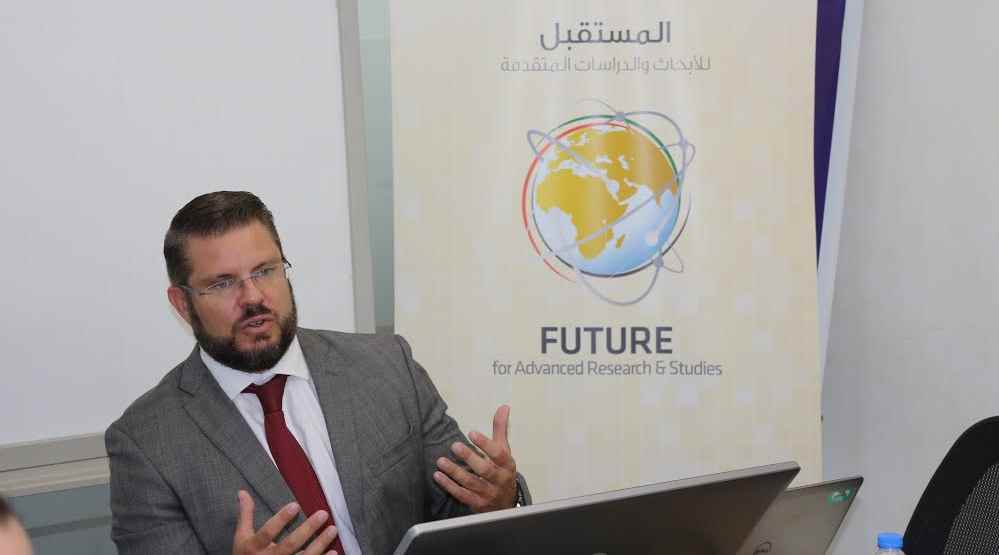 The effects of the spread of smart technologies in homes and governments was the focus of a lecture delivered by Simon Goldsmith, an information technology expert with a 15-year career in the intelligence and security industry, at a workshop hosted by the Technological Developments Program of Future for Advanced Research and Studies (FARAS) on December 7, 2016.

The lecturer focused on the latest developments brought about by the fourth industrial revolution in the 21st century, especially due to the widening proliferation of internet-connected smart devices, including smartphones. It further discussed the expansion of the Internet of Things (IoT) that connects all that is smart, from smart watches, smart glasses, self-driving cars among thousands of other products that have significantly changed our lives and contributed to the emergence of new lifestyles.

FARAS is an independent think tank founded in 2014 in Abu Dhabi, U.A.E. to enrich public dialogue, support decision-making and enhance academic research pertaining to future trends that currently constitute a real problem in the Middle East region. In light of instability and unpredictability, the overarching goal of FARAS is to help ward off future shocks regarding these developments.