Security and Intelligence in Postnormal Times 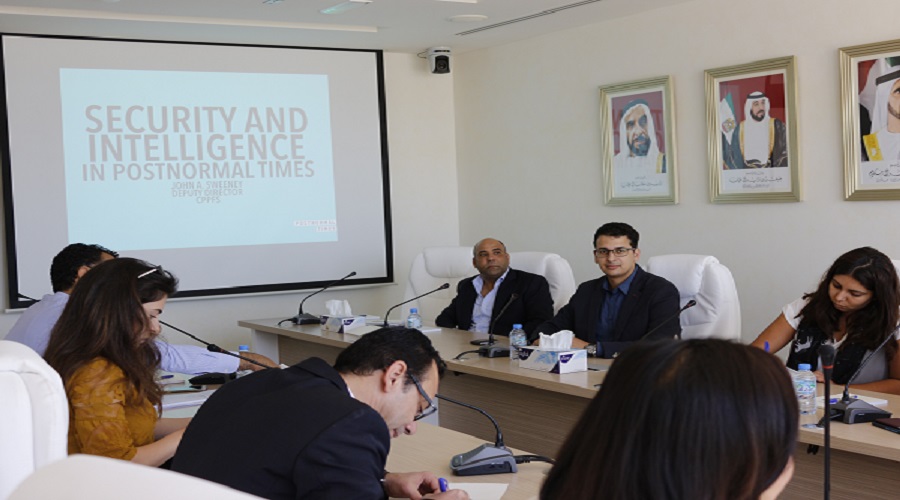 On 30 September 2016, Future for Advanced Research and Studies (FARAS) hosted John A. Sweeney, the Deputy Director of the Center for Postnormal Policy and Future Studies at East-West University in Chicago, USA. The workshop analyzes the dynamics of Postnormal Times (PNT) and new methods with which security and intelligence agencies can approach threat analysis and risk assessment. John Sweeney initiated the lecture by stating that the future cannot be predicted, rather alternative futures can be forecasted. Accordingly, Postnormal Times (PNT) is a theoretical and methodological framework used to analyze and make sense of possibilities for the future in the present.

The concept of PNT was defined by Ziauddin Sardar, in a paper titled “Welcome to Postnormal Times” published in 2010, as "an in-between period where old orthodoxies are dying, new ones have yet to be born, and very few things seem to make sense." From a security and intelligence perspective, it is evident that the 21st Century is a different security space than the 20th Century (during the Cold War era). Even though some of the actors are relatively the same, the challenges, issues, and opportunities are new. In general, PNT is not about the actual conditions, but about perceptual conditions that impact the way future is perceived.

Currently, the world is dominated by globalization, acceleration in technology, and a variety of social and political spheres, which resembles a network. Today’s world proposes an ongoing debate concerning the new security and intelligence challenges to understanding network societies. PNT is composed of three Cs that forms its core, these are:

PNT emerges when the three Cs converge. As a result of their convergence, three new trends develop namely uncertainties, ignorance, and manufactured normalcy.

Understanding the phenomena of creep, burst and lag are to make sense of how things can become and escalate into a PNT state.

Sweeney also goes on to explain the different levels of uncertainties and ignorance to help understand how to frame issues. Various concepts were discussed, including:

Sweeney concluded the lecture by summarizing that, black elephants are what is obvious, yet most people do not see, while black swans are events that people wouldn’t think will happen, and black jellyfish is the chaotic state produced by small incidents. He further emphasized their importance in forecasting the future through the lens of security and intelligence.