Qatari Defiance and the Status of the GCC Crisis 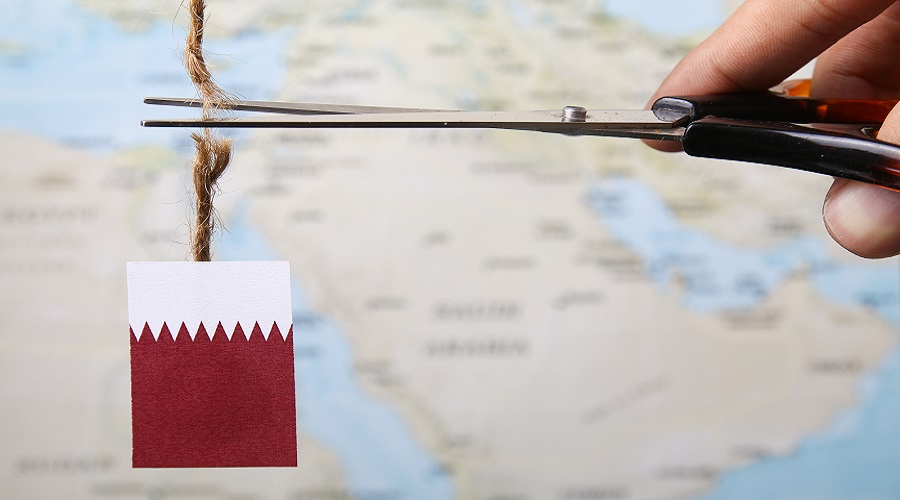 More than three months since the start of the Qatar crisis, yet hopes of a swift resolution seem remote, to say the least. Despite the ongoing efforts for mediation between the Quartet countries and Qatar, the developments indicate that the crisis is in a deadlock, and all mediation efforts seem to be ineffective.

On June 5, 2017, Saudi Arabia, UAE, and Egypt severed their diplomatic ties with Qatar and cut off the land, air and sea routes over Doha’s alleged ongoing support for terrorist groups and non-state actors, including those challenging the stability of their governments.

The alignment between Qatar and Islamist groups throughout the region, emerged more proactively since 2011, is being held as a primary evidence of Doha’s agenda for the political future of the Middle East. Such agenda is very divergent from the vision pushed by the quartet, and openly in contrast with it in various Middle Eastern states. In countries like Egypt and Libya, where they openly support anti-Islamist factions, Qatar supported openly the Muslim Brotherhood. Moreover, the government of Bahrain declared that Qatar has independently supported and coordinated with opposition groups, backed by Iran and influenced by the Khomeinst ideology within the archipelago Kingdom, to question and threaten the legitimacy of the ruling family.

On June 23, Kuwait, as a mediator presented Qatar a list of demands from the Quartet countries, as a mean to resolve the crisis. The list includes stipulations that Doha close the broadcaster, al-Jazeera and other Qatari-supported media, drastically scale back cooperation with Iran, remove Turkish troops from Qatar’s soil, halt ties with Islamist organizations specifically the Muslim Brotherhood, ISIS, al-Qaeda Fateh al-Sham (formerly known as the Nusra Front) and Lebanon's Hezbollah, and consent to monthly audits to ensure Qatar’s compliance to the demands.

However, a defiant Qatar, which denies the charges of supporting extremism, rejected the demands tout-court and called them unrealistic as well as an infringement on Qatar's sovereignty. In return, the quartet declared that more escalatory measures would be taken against Qatar and doubled down on the demands as precondition for opening up a dialogue. In response, Qatar hit back labelling the four Arab states as “siege countries”.

On these premise, dialogue among the parties seems currently unattainable, despite the efforts of Kuwait, leading a mediation initiative to get all the parties around the negotiating table. The crisis seems to be in deadlock but, at the same time, the economic and political pressure keeps mounting.

Amid continuing economic sanctions, Qatar’s government relied on Turkey and Iran for airlifted food necessities. It further utilized Iranian territorial waters to avoid disruptions in its energy exports. However, rising costs for such operations are taking a toll on Qatar’s state reserves. Consequently, Doha has had to quickly ramp up its energy production by 30 percent as a way to obtain more resources. At the same time, the preparations for Doha’s hosting of the World Cup in 2022 will be challenges with delays and disruptions, if the land border between Saudi Arabia and Qatar remain closed for long.

In July, Qatar filed a wide-ranging legal complaint at the World Trade Organization against Saudi Arabia, Bahrain and United Arab Emirates, for breaking rules regulating international economic relations among the organizations’ members. By formally "requesting consultations" with the three countries, the first step in a trade dispute, Qatar triggered a 60-day deadline for them to settle the complaint or face litigation at the WTO and potential retaliatory trade sanctions. However, the UAE already responded that they would invoke article 21 and article 14 of the General Agreement on Trade in Services (GATS), known as 'Security Exceptions', justifying the measures taken against Doha on grounds of national security. Therefore, it is highly likely that consultations will not bring results and the file will go to the judgement of an international independent panel. Furthermore, the panel may take up to 5 years to deliberate, an excessively long period for Doha to cope with the sanctions. Taking such a step would also mean the ultimate internationalization of the crisis, which would arguably complicate it even further.

In fact, internationalization is a very likely, albeit unfruitful, scenario. Since the beginning of the crisis, Qatar’s Foreign Minister initiated a diplomatic offensive, travelling tirelessly to Western countries, in an attempt to leverage Qatar’s contribution to Western economies as well as its involvement in international policies and projects. However, the quartet has strong relations to uphold with international powers as well.

While the European Union and individual European countries have taken the position of endorsing the Kuwaiti mediation initiative, countries such as France and the United Kingdom are not willing to jeopardise their cooperation with the quartet. On the other hand, Asian powers, such as China or India, are equally dependant on Saudi oil and Qatari gas, thus both countries preferred to take a neutral stance.

The United States appears weakened and divided, as the White House has been at odds with the Pentagon and State Department on which position to embrace in the context of this crisis.  In September, the US President Donald Trump tilted more in line with that of its key officials, when he invited all states involved in the dispute to negotiate a solution to the crisis and collectively focus their efforts to contain Iran. However, hopes for a reconciliation were rapidly dismissed as a phone call between Qatar’s Emir and the Crown Prince of Saudi Arabia worsened the prospect for reconciliation instead of strengthening them.

Indeed, international powers will strive to defend as much as possible their GCC-wide economic interests, advocating for the separation between trade relations and political priorities, especially as various GCC countries are restructuring their post-oil economies.

On the other hand, regionalization can turn equally, if not more, chaotic. Qatar was able to rapidly bring on board major regional powers such as Turkey and Iran.

Turkey’s Parliament already approved the deployment of hundreds of Turkish troops to Doha. Turkish President Recep Tayyip Erdoğan’s commitment to Qatar goes beyond the substantial economic interests linking the two countries. Erdoğan’s party, the AKP, which is loosely affiliated to the Muslim Brotherhood, and Erdoğan claims that this crisis is part of a larger conspiracy against political Islam.

Furthermore, while at the beginning of the crisis Iranian officials were cautious, reiterating calls for dialogue and negotiations, Tehran’s policy shifted following Mohammad bin Salman’s appointment to the position of Saudi Arabia’s Crown Prince on June 22. Still, Doha has so far been wary of overlapping Iran-Saudi rivalry with the GCC crisis. While some in Tehran believe that this crisis is the pretext to bring Qatar back to the GCC ranks in preparation for an offensive against the Islamic Republic, for Saudi Arabia a strengthening of Qatar-Iran relations might be the casus belli to ultimately claim Iran’s predatory intentions in the Gulf and Qatar’s growing conspiracy with the common enemy.

Finally, one can state that while the implacable rules of geopolitics continue to dictate that a compromise, especially for Qatar, is inevitable, the more controversial knot has become, in fact, how to justify any compromise in front of the respective public opinions. A softening of Qatar’s targeted policy choices can be agreed upon down the road, but, should the GCC crisis maintain this course, it will most probably look as a diplomatic armistice.