What is the Impact of al-Baghdadi Video Message on Boko Haram? 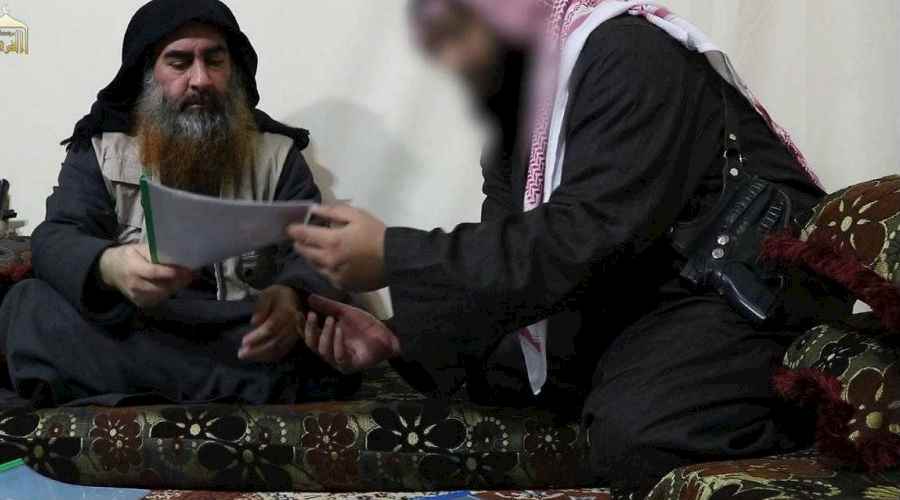 Mutual escalation has come to define the constant confrontations between the Nigerian movement Boko Haram and the Multinational Joint Task Force, formed by some West African countries, to confront its activity and weaken its ability to expand beyond the national borders, namely to Nigeria, Chad, Niger, and Cameroon. This escalation may continue over the coming period, as the movement becomes one of the main branches of ISIS, on which the latter relies to stage counter-strikes in response to the losses sustained in Syria and Iraq.

This is evident in the video released by ISIS for its leader of Abu Bakr al-Baghdadi on April 29, 2019, his first appearance in 5 years ago, in which he vowed to “seek revenge for jailed and killed members”, after acknowledging that the battle for Baghuz is over, where he focused on some organizations loyal to ISIS, including those in West Africa.

Notably, Boko Haram has recently been keen to follow the same approach adopted by ISIS in areas that it has been previously controlled in Syria and Iraq. It tries to transfer itself from a local terrorist group to a transnational terrorist organization, a move adopted by the wing led by Abu Musab al-Barnawi, who has been recently replaced by another unknown leader, according to numerous reports.

This identification between Boko Haram and ISIS has been clearly manifested in the movement’s insistence on the use of almost the same methods, such as burning houses and properties of the inhabitants of the targeted areas. This was evident in the attack on the Zelevet town in the north of Cameroon, on 18 March 2019, which left three persons dead, including a woman and a child, and 107 houses and properties, belonging to the inhabitants, were burned.

Against this backdrop, such attacks have begun to gain international attention, in parallel with the increasing warnings of the surge in the activities of sub-groups which have pledged allegiance to ISIS in the past four years. This attention was reflected in the UN announcement, on April 5, that Boko Haram killed 88 people in the south-eastern Niger in March. The UN statement added that the terrorist operations carried out by the movement had led to the flight of some 18,000 people from Niger.

Accordingly, Nigeria’s neighboring countries, Chad, Niger and Cameroon, have begun to upgrade security and military coordination among each other through the Multinational Joint Task Force that they have created, and have been able to deliver stinging blows to Boko haram in the recent period, as was the case on 17 April, where the multinational force killed 52 members of the movement as part of its offensive in north-eastern Nigeria.

North-eastern Nigeria has become the main stronghold of the movement, suggesting that its influence may have declined in the past period, due to the military strikes it has suffered, as well as the defections among its ranks, which have eroded its ability to defend and maintain the main areas it has controlled; which it uses as a launching pad for its terrorist operations inside Nigeria and on neighboring countries.

Although ISIS leader Abu Bakr al-Baghdadi referred, in his latest video, to the pro-ISIS organizations in West Africa, alluding that they might play a major role in future terrorist operations, in response to the defeats the parent group has suffered, he was keen to give special attention to the group led by Abu Waleed al-Sahrawi and other groups which pledged allegiance to ISIS in both Mali and Burkina Faso.

Thus, rivalry may come to define the patterns of interactions among these terrorist organizations. However, such rivalry may not be confined to the main terrorist organizations, foremost among ISIS and al-Qaeda, as the latter tries to exploit the strikes against the former to bolster its influence and increase its activities, but it will affect the organizations themselves, particularly the main branches that have pledged allegiance to it, such as Boko Haram.

Abu Musab al-Barnawi believes that reinforcing the capabilities of Boko Haram and expanding the scope of terrorist operations carried out in Nigeria and neighboring countries will place it at the forefront of the terrorist organizations in the region, ahead of rival organizations.

Seemingly, al-Barnawi is seeking to exploit the expansion abroad as one of the mechanisms that could consolidate his influence over Boko Haram versus his opponents, especially Abubakar Shekau, who was the leader of the movement between 2009 and 2016.

The upsurge of attacks may be an attempt by al-Barnawi to respond to reports that have emerged in the recent period about the organizational changes within the movement over the past period, resulting in replacing him by a new unknown leader. In March, an audio recording, in Hausa, was circulated on social media, claiming that a new leader was chosen for the movement instead of him.

To sum up, it can be argued that Boko Haram may not be able to continue its escalation strategy on the long run, due to the growing interest by international and regional powers in confronting these terrorist organizations and preventing ISIS from repeating what it has done in Syria and Iraq over the past five years. Boko Haram is more likely to come under heavy military strikes to erode its ability to mount such terrorist operations, placing it under strong internal and external pressure during the coming period.