What Lessons can we Learn from its Downfall? 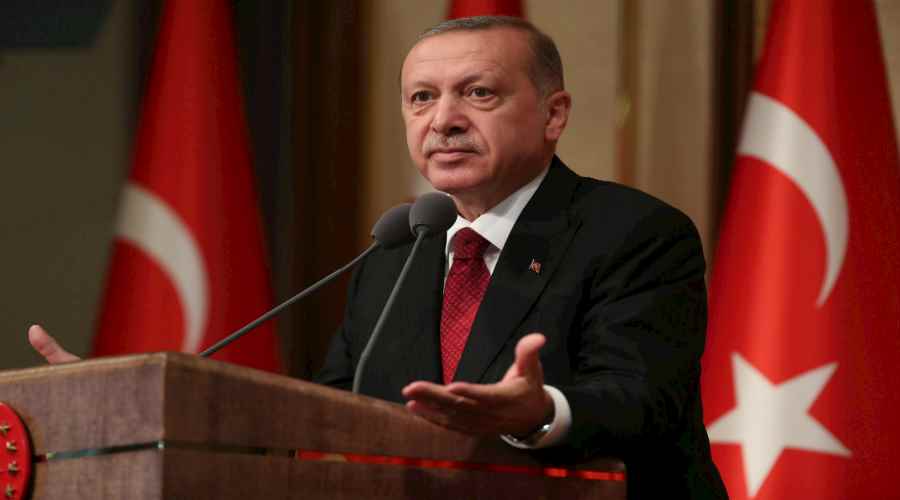 The Turkish Lira lost almost half of its value against the US Dollar during the last twelve months, as the Dollar was worth 3.43 Liras early September 2017, and a year later it is worth 6.69 Liras. However, this drastic fall in the value of the Lira was not gradual. In fact, while the Lira lost almost 19 percent of its value against the Dollar during the first eight months of the mentioned period, the loss significantly rose to 30 percent during the last four months.

Despite that the Turkish government argued that the downfall of the Lira was attributed to the US sanctions (exaggerated to be called economic war) that were recently imposed on Turkey by President Trump - as he announced the doubling of Turkish steel and aluminum tariffs because of national security concerns, but more accurately could be considered as a response to the refusal to release of the American pastor Andrew Brunson – it seems that the fundamental reasons are purely related to the mismanagement of the economic policies.

The Turkish case is a classic case of major economic imbalances that were caused by a combination of expansionary policies to stimulate growth, fueled with cheap external financing, and a political resistance to any efforts by the Central Bank to achieve its overriding objective of sustaining price stability.

Current Status of the Economy

Long before the US sanctions, the Turkish economy achieved an extraordinary economic growth, as the annual growth rate was 7.4 percent in the first quarter of 2018, and an annual growth rate of 7 percent in 2017. This outstanding growth was mainly driven by the boom in the construction sector, as it accounted for 20 percent of the overall growth of the economy. This boom was stimulated by attractive external financing – thanks to the cheap money resulted from years of monetary easing by the advanced economies trying to cope with the economic slowdown after the Financial Crisis of 2008 – that accounted for almost 90 percent of the total financing for the sector. The political focus inside Turkey on continuing achieving high growth rates in an election year, led to downplaying the importance of some worrying signals coming from other indicators for the Turkish economy: high inflation rate (15.85 percent in last July, and 17.75 percent in last August), large deficit in the current account of the balance of payments (-5.5 percent of the GDP for 2017), government budget deficit (-1.5 percent of the GDP for 2017), and large foreign debt accumulated by Turkish companies and amounting to 220 Billion US Dollars.

Those are signs for an overheated economy that would face a persistent inflationary pressures, and could be in trouble as the advanced economies started to reverse the previous trend of monetary easing by raising interest rates. Those problems indicate the need to a traditional action by the Central Bank of Turkey: tightening the monetary policy by raising interest rates.

However, as a contractionary monetary policy will cool down the economy, and would lead to more moderate (but sustainable) growth rates, political resistance to raising interest rates started to intensify since May 2018. President Erdogan declared that “interest rates are the mother and father of all evil”, stressed his belief that higher interest rates cause higher inflation and accordingly should be lowered, announced his intention to have an exclusive power to appoint the Governor of the Central Bank of Turkey, and named his son-in-law Berat Albayrak as the Minister of Finance. Taking into consideration the worsening relation with the US, and the problems facing some other emerging markets because of the tightening of monetary policy in advanced economies, those unorthodox views about how monetary policy should work have sealed the fate of the Turkish Lira!

The current episode of the mismanagement of the Turkish economic policies highlights some fundamental lessons for policy makers in general, and in emerging markets in specific. Those lessons could be summed up as follows:

Some politicians tend to mess with the monetary policy. They love expansionary monetary policies, with low interest rates, as it stimulate economic growth and employment and make their policies look good! This could work in the short run but threaten economic and price stability in the long run. This is a well know phenomenon in economics called “time-inconsistency problem”, where politicians tend to put pressure on the Central Bank to keep interest rate low to achieve short term goals of high growth and employment, which contradicts the long term overriding goal of the monetary policy of achieving price stability. Because of this problem, there is an increasing focus on achieving the independence of the Central Bank, and on avoiding fiscal dominance over the monetary policy.

The Turkish case shows the opposite of this economic common sense. By announcing that the President should have the exclusive power to appoint the governor of the Central Bank, while he is a strong opponent to increasing the interest rates, and by appointing his son-in-law as the Minister of Finance, the markets felt that the Central Bank of Turkey is going to lose its independence, and that the fiscal policy might dominate the monetary policy. Accordingly, when the Central Bank of Turkey did not respond adequately to the inflationary pressures and the pressures on the Turkish Lira, the market response was harsh.

If the Central Bank follows an “inflation targeting” monetary policy regime, it should act accordingly.

Since 2006, the Central Bank of Turkey is following a monetary policy regime based on “inflation targeting”. This monetary policy regime requires an announced numerical target for the inflation rate that the Central Bank should consider as an overriding priority, should be held accountable for achieving it, and should be transparent about how to achieve it.

In the Turkish case, the numerical target for the annual inflation rate is 5 percent. As the actual annual inflation rate reached more than 11 percent in 2017, jumped to almost 16 percent in July 2018, and lately to 17.75 percent in August 2018, the inadequate response by the Central Bank of Turkey – and the announced political desire to even lower interest rates - is leading to the erosion of the confidence in the monetary policy, and the market is responding negatively to it by considering higher risk premiums for investing in Turkish financial assets. The public is expecting more pressures on the Turkish Lira, and by the latest movement of the Central Bank to restrict foreign currency liquidity, hedging against the exposure for investing in Lira denominated assets is getting more expensive and could even lead to intensifying the pressure on the currency.

Monetary policy should be forward-looking, timely, and adequate in magnitude.

It seems that the recent problems of the Lira partially reflect that the Central Bank of Turkey is not acting according to some of the foundations for effective monetary policy: That the monetary policy should be forward-looking, which means that the Central Bank should consider the time lag between taking an action and achieving its intended effects, as this time lag can take several quarters in the future. This requires the Central Bank to act according to the expected inflationary pressures in the coming quarters, not just responding to the inflation when it materializes, as it seems the Turkish case recently. Also, the action should be with the adequate magnitude to deal with the future inflationary pressures. Acting too slow and too little could aggravate the problem not solving it.

Do not finance the problem. Solve it.

One of highlights of the recent Turkish Lira crisis is the announcement of a financial relief package by Qatar in the form of a commitment to invest 15 billion US Dollars in Turkey, and a currency-swap agreement of 3 billion US Dollars between the two countries to promote economic cooperation. While this announcement could help psychologically in reducing the anxiety of the market, it should not be considered as an alternative for reforms. Again, the current crisis is caused by economic imbalances and mismanagement on the economic policy level, and not dealing with the required reforms means that the anxiety will return in the future and the pressures would intensify again. This is why the International Monetary Fund gives its financial support conditional on implementing a comprehensive economic reform program in cases like Turkey.

Finally, it seems that without the adequate economic reforms, and without the quick implementation of sound monetary policy, the recent Lira pressures could even get worse soon, as Turkish businesses have significant debt in foreign currencies that will mature during the next few months, and there will be a need to refinance or rollover this debt. Under the current circumstances, the combination of costly debt service as a result of the depreciation of the Lira and higher perceived risk, the refinancing would be significantly costly for the Turkish businesses, especially for the ones produce for the domestic market such as the construction companies. If this pressure resulted in widespread default, the repercussions on the Turkish economy, the emerging markets, and major European banks could not be taken lightly.