How the struggle over Islam is Reshaping the World 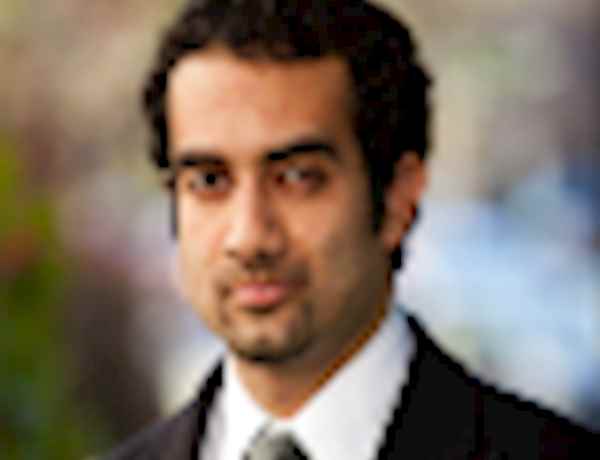 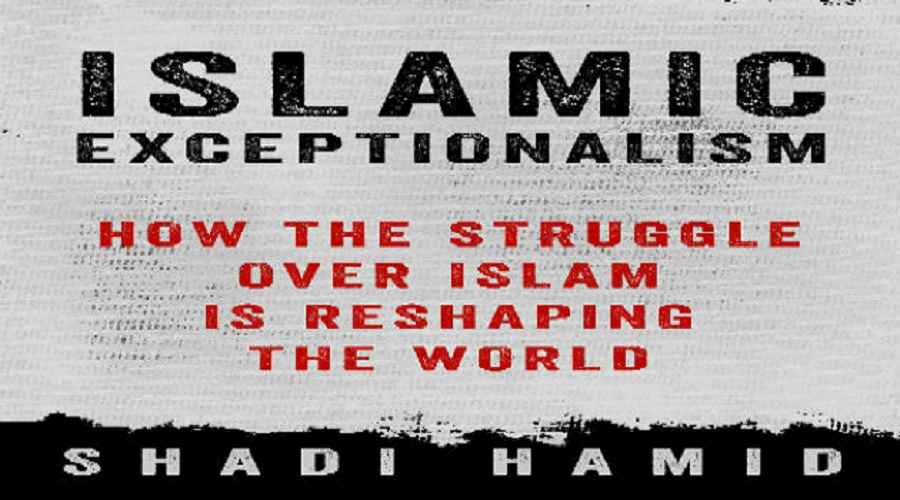 The circumstances that Muslim majority countries, in the Middle East, in particular, have revealed a sort of "Islamic exceptionalism" as the experience of Islam is different from that of Christianity in Western societies. Among the main reasons cited is that Islam presents an intertwined relationship between religion and politics that does not recognize principles such as 'Render unto Caesar the things that are Caesar's, and unto God the things that are God's.' This caused a lack of possible co-existence with the Western secular ideology that implies the need for neutralizing the role of religion in the public sphere.

These exceptional circumstances were distinctive to Islam due to the developments witnessed by the Muslim communities since the end of the Ottoman Empire. These developments entail the emergence of the modern nation-state, which has been trying to gain legitimacy in the midst of the different ideologies, competing liberals seeking to copy the Western experience, and Islamists movements utilizing the idea of "Islamic exceptionalism" to strengthen their influence.

In Islamic Exceptionalism: How the Struggle Over Islam Is Reshaping the World, Shadi Hamid, a senior fellow at the Brookings Institution's Center for Middle East Policy, addresses the influence of religion on political interactions in Muslim societies in the Middle East.

In his 8-chapter work, Hamid's argument rests on the presumption that Islam is an exceptional religion due to the nature of its relationship with politics and the role it is playing in forming the Middle East region. He concludes that Islam will continue to play the same role and because of this exceptionalism, a Middle Eastern replay of the Western model is unlikely.

The Quest for Legitimacy

The founding rhetoric of Islam treats politics and governance as part of a religious system derived from religious text. This issue did not cause many conflicts for the first generations of Muslims, especially because they had the founder and Prophet of Islam, Mohammad (PBUH), who was a preacher, a theologian and in control of religious teaching in the new state he ruled.

This model continued after the death of the Prophet where the Caliphate emerged as an entity, in which religion and politics intersected but without causing a dilemma for Muslim society. These facts about the Islamic model, Hamid argues, cannot be found anywhere in the Christian model, which did not witness an equally heated debate about governance. The reason being that Christianity, unlike Islamic Sharia, did not offer religious texts on regulating governance, politics and social interaction.

While the philosophy of Islamic Sharia (Islamic law) is founded on a relative degree of strictness or inflexibility against sins using various forms of punishment, Christianity revolves around the belief that when Jesus Christ was crucified, he in effect released man from the burdens of sin, and therefore from the burdens of the religious law. Based on this, Hamid argues, no state is needed to regulate the behavior of individuals.

Based on these preambles, the uniqueness of Islam, Hamid contends, raises two essential issues. First, one cannot possibly presume that Muslim-majority countries in the Middle East could follow the same basic trajectory as Western nations, where the role of religion was excluded from public life and then reduced to something private for individuals. It further subjected Christianity to principles such as freedom of expression, religious choice and the upholding of popular will.

The second issue is related to the legitimacy of governance. In the first 13 centuries of Islam, the idea of the Caliphate and how Islam intertwined with politics was widely acceptable, even in the eras during which the Caliphate became weak. The Caliphate, therefore, remained the only legitimate entity of authority and governance in the Muslim world up to 1924 when Mustafa Kemal Atatürk eliminated the Islamic Ottoman caliphate, and a new complicated era of the history of Islamic society began.

Since the fall of the Caliphate, the Middle East witnessed severe conflicts, mostly over the legitimacy of power, as well as attempts to legitimize the nascent political systems and emerging contemporary nation-states. The debates, which arose about the role of religion in public life/ domain and how it relates to existing political interactions, have not been resolved to date and gave rise to polarization between civilian and Islamist movements that attempt to revive the experience of the early stages of the Islamic state.

Within this context, Hamid indicates that the perceived gap between how Muslims were in the past, when they had a great deal for them to be proud of during the Islamic Caliphate, and the current situation in the Muslim world, does fuel a sense of alienation and nostalgia, a fact that angers some Muslims and even incites political violence. Perhaps, this argument can establish an introduction for an explanation of the ongoing conflicts in the Middle East region.

The developments which took place in the Middle East over the past few decades created a favorable environment for the rise of widely diversified political Islamist movements. When the colonial era came to an end in the region, nationalist movements gained power in a large number of Arab countries. The resulting regimes, which pursued an anti-religious ideology, pledged to carry out political and economic development but it soon demonstrated their inability to deliver on their commitments.

Amid the crises faced by Arab countries, political Islamist movements presented themselves as an alternative to the other ideologically-driven movements. Hamid argues that Islamic modernists, the precursors to modern-day Islamists, viewed “the deteriorating state of the region as yet more evidence of God’s displeasure.” To please God, that would require returning to the unblemished purity of Islam’s founding. This led to the modern state in the Middle East being caught in the constant clash between the Islamists, the political regimes, and civilian movements.

Hamid argues that Arab uprisings which began in 2011 provided Islamists with an opportunity to gain power. In Egypt, the Muslim Brotherhood, established in 1928, reached power through a majority in the parliament elected in the aftermath of the January 2011 revolution, where the Brotherhood’s candidate, Mohammed Morsi, became president in June 2012. In Tunisia too, and within the same context, the Islamist party of Ennahda managed to make essential political gains. However, what happened in both countries would undermine the influence of Islamists.

After the fall of their regimes, Arab Spring countries went through protracted transitional periods that later on disfigured the romantic landscape of revolutionary squares where differences were readily overlooked. However, this was only an exceptional situation in the history of Arab society, because, at a later stage, the revolutionary reality replaced the political harmony establishing ideological and political contrasts that were even more profound and violent.

In Egypt, for instance, clashes began to escalate between civilian and religious movements due to the belief that the Muslim Brotherhood abandoned the civilian movement after carrying out the revolution to appropriate and monopolize power. As a result, the Brotherhood's experience in power was soon brought to an end, and the presidency of Mohammed Morsi did not last for more than a year.

The crisis between civilian and religious movements broke out in Tunisia too. The Islamist Ennahda party formed the government after the revolution toppled the then-president, Zine El Abidine Ben Ali. However, the state witnessed a high degree of instability primarily due to protests staged by civilian movements that later escalated in 2013 over the assassination of two prominent opposition leaders, Chokri Belaid and Mohamed Brahmi.

Civilians blamed the killings on Ennahda because the party was lenient with the extremist Islamists, who were proved to be involved in the assassinations. The pressures soon mounted on Ennahda, and the party reacted in a highly pragmatic manner and gave up power to an interim government in October 2013. Moreover, Ennahda made considerable concessions when the constitution was being drafted, including giving up demands to incorporate Sharia law as a source of legislation.

Hamid argues that what distinguished Tunisian Islamists from their Egyptian counterparts is a unique form of Islamist leadership. Comparing Mohammed Morsi and Rached Ghannouchi would prove that presumption. Hamid says that while Morsi sought to utilize the presidency and the state institutions to counter his liberal opponents in a confrontational and exclusionary regime, Ghannouchi was more content with negotiations, concessions, and settlements with civilian movements.

Hamid recalls another form of radical Islam, represented today by the self-proclaimed Islamic State (ISIS) The rise of the terrorist group represents one of the manifestations of the predicament of modern Arab states, the failures of ruling regimes as well as the inability of the Arab Spring revolutions to produce different and yet stable political systems that are distinct from the past. In this regard, ISIS's experience appears to be interesting as the group revives the idea of the Caliphate, builds its state and pursues brutal tactics to establish its influence and gain more proponents.

While he anticipates that the main non-violent Islamic movements will eventually become more attractive, compared to ISIS, the author acknowledges that even if ISIS is eliminated, it will be viewed as the most successful political Islamic movement and will have the most distinctive bid to build an Islamic state over the past decades. Furthermore, he contends that the rise of ISIS is only the most extreme example of the way in which liberal determinism has failed to explain the realities of the Middle East.

Hamid concludes that what the Middle East needs is not religious exclusion from the political reality because it is an unrealistic presumption that is not in line with the state of affairs in this region. Rather the region needs a reformist movement, similar to that movement of the late 19th century, to reconcile Islam and modernism and achieve a form of Islamic democracy through a different trajectory that does not necessarily have to be an identical replication of the Western trajectory, but sustains Islam as a core component in society and societal interactions.