How does Social Media Influence Elections? 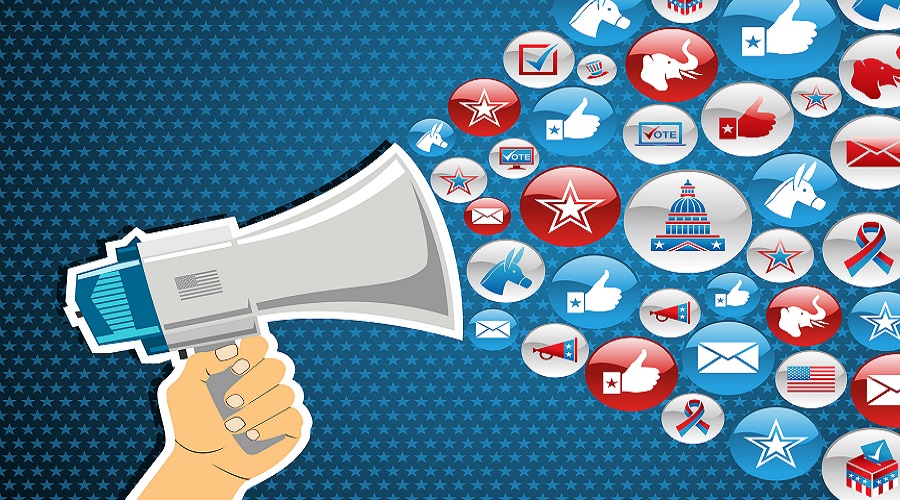 Social media's social and political roles have become more powerful. Recently, across the world and the Middle East, social networking sites played an effective role in influencing the electoral process in the United States, France, Algeria, Somalia and Iran. However, the extent of this influence remains proportional to how responsive political systems are to public opinion trends as well as to the spread and popularity of social media in involved states.

Social media influence on the electoral process has multiple patterns and range from being a crucial and key actor in some cases to being a contributing factor in directing and shaping public opinion in others. In some cases, social media imposes a direct effect using actual and direct mobilization of public opinion to back a specific candidate through creating special favorable conditions for the use of social networking sites to reach and influence the largest targeted audience possible.

The following patterns of influence stand out:

1- Influencing voting trends. For the first time ever in the Horn of Africa, social media played a prominent role in presidential elections in Somalia, held on February 8, 2017, in which Former Prime Minister Mohamed Abdullahi Farmajo won, according to observers. The presidential candidates employed their own social media accounts to announce their programs during the elections to rally support, while members of the House of Representatives used their accounts as polls to know presidential candidate they deem most worthy.

The fact that a majority of MPs are young people has supported the political role of social media transforming them into opinion polling platforms. Observers believe that Farmago’s two Facebook accounts were very effective and drew a large number of followers. The results of the elections reflected opinion polls conducted by Somali MPS on social media networks. In these polls, Farmago would defeat outgoing president Hassan Sheikh Mohamud. The two contestants won 55.93 per cent and 29.48 per cent of votes, respectively, in these polls.

2- Influencing turnout. The widespread use of social media in Algeria has acted as major influencers in the May, 4, 2017 legislative elections. According to the annual Arab Opinion Index for 2016, with a rate of 85%, Algeria topped Arab countries in terms of the number of people who use social media to interact with the country’s political issues, Jordan came in second with 69%. The Algerian legislative elections have clearly engaged social media users with contesting political parties seeking to promote their visions and policies as part of their electioneering and publicity activities. Observers noted that there was more interest in paperless e-campaigning of the parties than in paper campaigning on the ground. For instance, the National Liberation Front launched some 100 pages on Facebook alone.

Despite the intensified use of social media by Algerian political parties, calls by social media users to boycott the elections appeared to receive a good response after a hashtag campaign, named “Do not vote” in Arabic, was launched for this purpose. Response built on a video with the same name and cause turned out to be a huge success. The video attracted a record audience of 2.3 million views within only four days after it was launched, promoting the Algerian government to criticize such calls labeling them as attempts to undermine stability in the country. Calls for boycotting the elections on social media have contributed towards decreasing popular turnout in the recent elections to 35.37%, compared to 43% in 2012.

However, social media also has indirect influence in other cases, where rumors and news are disseminated to divert attention from the elections, or influence an involved party to serve the interest of their rivals. Moreover, elections can provide a favorable opportunity to put pressure on ruling regimes, which is counted by stringent measures as is the case in Iran.

Here, types of this influence can be tackled as follows:

1- Attempting to mislead and misinform public opinion. Often, electoral entitlements witness the spread of rumors to influence the electoral process to back one party against a rival. However, most recently, systematic rumor campaigns on social media sites were launched during elections, as was the case in the United States and France.

A recent study conducted at Oxford University found that as many as 25% of links shared by Twitter accounts in France during the recent elections were misleading and baseless and do not meet the professional standards of journalism because they attempted to rally support for the right-wing candidates who criticize the European Union policies ahead of the first round.

Moreover, after the first round of the French presidential elections, many rumors were spread by supporters of the far-right National Front leader Marine Le Pen through social media about the then-candidate Emmanuel Macron, who later won the presidential elections. The rumors revolved around Macron’s bank accounts and tax evasion, which he later denied and requested the French public prosecution to launch an investigation into the spread of fake news before the elections were held. That coincided with the annoucement made by Marcon’s campaign team that the party he founded and lead, En Marche! or "Forward!", was targeted by cyber attacks that failed to hack the campaign's database.

2- Putting Pressure on Regimes. Some Iranians succeeded in employing social media for political and social purposes. The huge success drew the attention of the Iranian authorities to the need for addressing demands promoted on these platforms, and even blocked them, put their users under surveillance and even prosecuted a large number of them. However, this has not affected the popularity of social media inside Iran. Despite restrictions imposed by Iranian authorities on social media since 2009, the political role of these platforms is growing as they mobilize the Iranian public opinion for social, economic and political issues after a wide segment of users manage to use VPN, Proxy or 'unblocker' services to browse blocked sites and circulate the posted information.

The presidential elections due on May 19, are among the most prominent issues for the “cyber public opinion” in Iran, as they come amid the Iranian regime’s growing fear that these sites could be used to create counter-rallies to undermine its stability. This was the case in April 2017 when the authorities blocked Instagram’s live broadcast service days after blocking Telegram's voice messaging service. The two apps are the most popular social media platforms in the country.

Observers believe that blocking the two said services, along with blocking Facebook and Twitter, was prompted by fears that the reformist camp could widely use and exploit such networks in criticizing the regime and its policies. What should be noted that incumbent President Hassan Rouhani’s campaign has announced that it will air debates between presidential candidates through Instagram’s live broadcast service. But the campaign failed to do so because the service is no longer available in Iran.

Within this context, it can possibly be said that the political role of social media, in particular, and new media, in general, are likely to grow in the coming period, despite policies of blocking and surveillance facing social networking sites in a number of countries. This is particularly so in light of their success in influencing politics, although this success varies from one country to another depending on how responsive a country is to public demands and opinion expressed online, in other words, "Cyber public opinion".