The Phenomenon of Family Terrorism 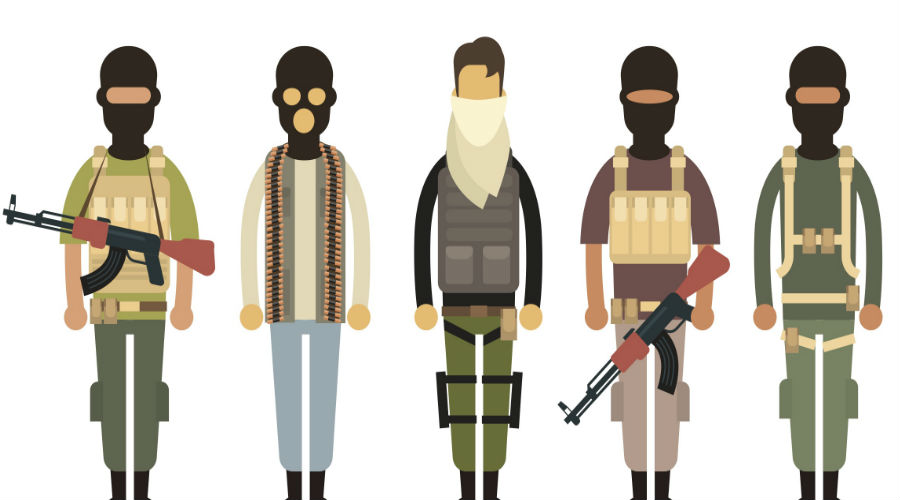 The 2015 and 2016 terrorist attacks that took place in some European states, namely France and Belgium have raised a number of questions regarding the success of terrorist groups. ISIS in particular has been successful in creating “sleeper cells” within these states, thus bypassing strict security measures in order to execute attacks, causing as many casualties as possible. These attacks were largely in response to the military operations that states have undertaken in the Middle East, specifically in Iraq, Syria, Mali, Somalia, and Yemen.

The most important issue to come out of these operations is the rise of what has become known as “family terrorism”; that is, terrorist operations that are carried out by members of the same family.

According to a number of assessments, this phenomenon is relatively new. Terrorist groups post-2011 have generally recruited members of the same families without recruiting them to partake in the same operation, with a few exceptions. However, with the appearance of new recruiting trends amongst terrorist groups, specifically ISIS, family units engaging in terrorist attacks have begun to gradually increase and transform, in some cases, into the main mechanism used by terrorist organizations to recruit new members.

The last few years have seen a number of terrorist operations carried out by members of the same family, especially in European states. The most famous of these is the attack carried out by the Kooshi brothers, Sherif and Saeed, on the French weekly satirical paper Charlie Hebdo on the 7th of January 2015, killing 12 and injuring 11.

Both brothers were killed following a two day exchange of fire with the police. French authorities were able to apprehend Mourad Hameed, the husband of Sherif Kooshi’s sister, from their Bulgarian counterparts. He faced charges of belonging to an extremist group that aimed to carry out several terrorist operations.

The Ibrahim and Salah Abdel Salam brothers also took part in terrorist attacks in the French capital of Paris on Nov. 13th2015. The first brother blew himself up in a restaurant, and the second one escaped to Brussels before being arrested by Belgian police on Mar. 21st, 2016. He was extradited to France the following month to be tried for his role in the attacks. According to some reports, he helped transport 3 suicide bombers to the Stade Du France stadium as the attacks, which killed 130 people, were taking place.

The brothers Ibrahim and Khaled El Bakrawy also carried out attacks in Brussels on the 22nd of March 2016. These attacks targeted Brussels International airport and the Maalbeek Metro Station, killing 34 people and injuring 271 others. The most striking issue from this attack was that it occurred one day after the Belgian authorities arrested Salah Abdel Salam, the main suspect in the Paris attacks that took place in November 2015.

Some assessments ruled out that the attack on Brussels was in response to arresting Salah Abdel Salam, seeing as how this kind of operation would require a great deal of preparation and observation. Despite this, there are some who regard the attack as some sort of indirect coordination between sleeper cells in Europe. There is also the possibility of the existence of one person who has a central role in all of this and has a large role in helping to carry out the logistics to undertake this operation.

The recent rise of “family terrorism” has shed light on a number of new considerations, most notably:

1. The Ease of Recruitment: it seems that some terrorist groups, such as ISIS, have come to rely on extremists recruited by convincing relatives to carry out attacks as a response to the military strikes their home countries are being subjected to. A number of studies have revealed that these terrorist groups seek to use emotional bonds, or social upbringing, to create complex visions of individuals so as to increase their capacities to influence the number of terrorists that they can recruit in an impactful way.

From this, some assessments have explained the interest of these groups to recruit as many women as possible, as they see them as playing a vital role in bonds and have a large influence on their son’s ideologies.

2. Bypassing Security Restrictions: these terrorist groups are attempting, via family recruitment, to overcome the strict security measures in place in various states, so that would-be terrorists can easily coordinate with each other. By keeping recruitment and ideological communiqués within families, it makes it more difficult for security forces to detect upcoming attacks.. This may help explain, to some degree, the reasons why these attacks are successful , despite the fact that those involved were being observed and monitored by security forces.

3. Eliminating Fringe Members: some assessments claim that these terrorist groups seek to eliminate family members with opposing ideologies, thereby creating division within the family unit. This division is caused as a result of their growing differences.

4. Helping to Carry Out Terrorist Attacks: the presence of more than one member belonging to the same family can help to reinforce the vision of terrorist groups, and can also enhance their capabilities to carry out attacks. This is through the division of labor amongst members of the family unit, where each member would provide logistical support and various means of transportation, as well as identifying targets that the terrorists have been assigned to attack.

It can be said that this phenomenon will increase in the coming phase mainly due to two reasons. The first one is represented by the continued military operations against ISIS, particularly the military operation against Mosul. This has led to a retreat in influence and control of territories by ISIS, as well as the loss of a large number of its fighters. The second reason is that this   type of recruitment requires more restrictions on the traditional methods of recruitment, i.e. social media. Now there is increased monitoring of these social media sites from security forces in the countries involved in the war. Hence, terrorist groups must now rely on family recruitment in order to continue to avoid detection.