Belgium, France and the Problem of Extremism 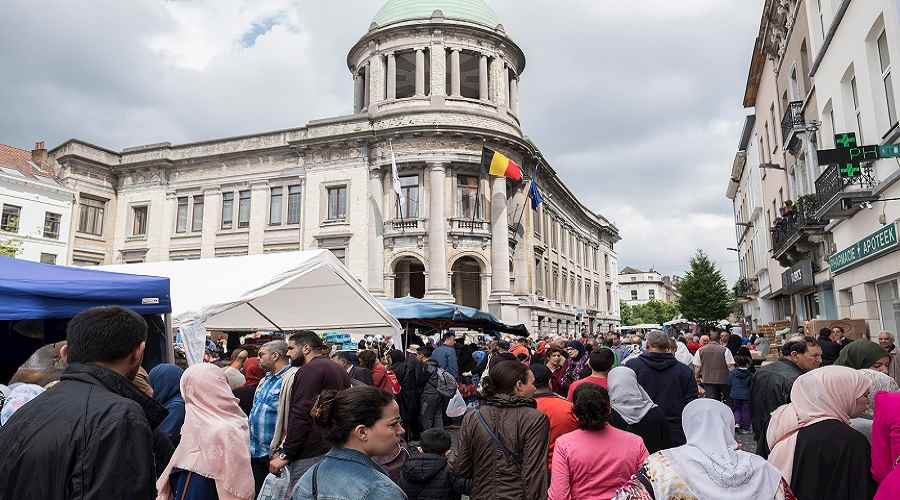 The statistics for European terror attacks are grim. The number of fatalities peaked at 150 in 2015, with 135 and 62 deaths in the following two years. In the 1970s and 1980s, terrorism on the continent was linked most obviously to separatist groups but has also historically included both far-right and far-left extremism. The current threat is from what EUROPOL, the European Union Agency for Law Enforcement Cooperation, calls religiously inspired terrorism or Jihadist terrorism. Twenty five per cent of citizens residing within the European Union perceive terrorism as a key concern. Terrorism is also costly. A recent Rand Corporation report states that between 2004 and 2016, the 28 EU member states lost around €180 billion in GDP due to terrorist attacks. Moreover, terrorism causes political instability, as governments lose legitimacy.

Although hard to find a European country that has managed avoiding the grisly grip of terrorism, both Belgium and France arguably stand out. With regard to foreign fighters flocking to support the Islamic State in Syria and Iraq, Belgium has the highest per-capita ranging between 420 and 516 individuals and France the highest number in total with over 900. Both countries seem to be plagued by the common narrative of economically deprived suburbs inciting alienated youth to take up the Jihadist cause. Both have experienced major attacks with the November 2015 Paris attacks and 2016 Brussels bombing killing 137 and 35 people respectively.

Both countries have struggled in dealing with the aftermath of returning fighters. They have produced a slew of soul-searching on the relationship between the state and citizen, the difficulty of integrating minorities, the compatibility of Islam with Western values and the impact of immigration. Several causes could be outlined to analyze the authorities’ failure in preventing extremism and terrorism in Belgium and France and what can be done alternatively, as follows:

1. Vagaries of political geography: Both countries sit at the gateway to much of Europe with easy car and rail access to a host of European cities. Porous borders, as part of the EU free movement of people established in 1995, has provided ample opportunity for terrorists to crisscross throughout the borderless Schengen area. Several of the November Paris attack’s organizers, such as Abdelhamid Abaaoud and Salah Abdeslam, were Belgian born and had travelled extensively despite being on authority terrorist watch lists. Twelve of the attackers were stopped, questioned and even occasionally arrested and yet released to continue preparing their plot.

2. Variations in security measures: Borders’ openness, although a boon for trade, travel and tourism, has hampered intelligence gathering and sharing. Security cultures are still very much wedded to their respective states with each country doing things differently. For example, some states require a judicial order to obtain car or telephone line registrations, while others do not. Some intelligence agencies are willing to provide information to the police, yet others are less so. There is no European-wide FBI equivalent and EUROPOL itself lacks executive powers and cannot arrest suspects without permission from representatives of the relevant member state. The psychology of the sovereign state, with its territorial mindset, has not yet given way to the pan-European problem of borderless terrorism.

3. States’ identities: France has long since clung onto its version of secularity or laïcité. Forged during the French Revolution, secularism acted as the tool to protect the citizen from discrimination by prohibiting the state from sanctioning a national religion. Individuals were to be treated as equal citizens of the French nation-state. France is unitary, but Belgium, on the other hand, is a federal system. A population of nearly 11.5 million people is divided between Flanders, the Dutch-speaking north, and Wallonia, the French-speaking south. Brussels, part of the Brussels-Capital region and the capital of both Belgium and Flanders, is French speaking. A decentralized patchwork of authority exists with Belgium’s regions and linguistic communities having powers over economic policy, employment, education, health care and the integration of immigrants with the federal government having control of foreign and criminal policy. Belgium is a curious mishmash of cross-cutting authorities that inevitably impact on the state’s ability to achieve security.

Both Belgium and France suffer from what is arguably a pan-European challenge: multiculturalism. Often conflated with cosmopolitanism, an all-embracing ideology that cultivates a shared morality between global citizens, multiculturalism, by contrast, has produced enclaves with identities divorced from the broader body politic. Governments, constrained by civil liberty issues, have left immigrant communities to articulate their own value systems that have become cocooned in a communitarian shell. Both states, one can argue, have helped create the conditions for the very threat they face. These conditions, it is argued, can be found most evidently within the banlieues or suburbs.

Incubators of Extremism and Terrorism

Another key concern that serve as an incubator for terrorism and extremism is the suburbs. The narrative is commonplace. Atomized individuals, sinking their personal identities into the lure of Jihadist ambitions, rather than citizens defined by a sense of national belonging, seems a feature of much of Europe’s fragmented make up. Sint-Jans-Molenbeek, an infamous municipality of Brussels, was described by its former mayor as “a breeding ground for violence”. Of its nearly 100, 000 population, 25 to 40 per cent are Muslim, the vast majority Belgian Moroccans, with a youth unemployment rate of nearly 40 per cent.

The French suburbs have also long since been tainted with the image of disaffected youth, riots and links to terrorism. Amedy Coulibaly, the prime suspect in the 2015 Hypercacher kosher supermarket siege in Paris which killed four, is seen as a product of suburban marginalization and rage. However, correlation and causation are common conflations. As one historian of French culture has argued, “it’s not an ideology of social conditions. This is not about poverty, this is not about improving people’s conditions. It’s about hatred, to some extent. Purification.” Radicalization is not the monopoly of the suburbs. Prisons, universities, mosques and internet community boards and websites have all operated as tools to exploit skewed idealists desperate for an identity role.

Poverty and economic privation undeniably cause issues in societies. Poverty breeds angst, despair and hopelessness. It saps imagination, wastes talent and squanders opportunities, but such outcomes do not lock individuals into a predetermined path of violence. Political leaders should undeniably pursue policies of economic regeneration and social cohesion but the limitations of such policies should be clearly understood.

It is easy to direct accusations against the governments and security institutions of Belgium and France. Directing the finger of blame makes critics feel that all is well in their houses. Such a self-satisfied response ignores the fact that the specter of Jihadist violence lurks everywhere. The future appears as grim as the number of terrorist casualties and fatalities.

Crises, nonetheless, beget opportunities. The first is obvious; use more money. Surveillance is costly. Several Belgium counterterrorist experts have explicitly stated the formidable number of people they are watching. Many terrorists-to-be are on watch lists and have been flagged up by relevant authorities, but there simply are not the resources to chase up every suspicion. In addition, to become a Jihadi, you need to know another Jihadi. As such, the role of the public sphere should be enhanced to train teachers, doctors, social workers, probation officers and prison officers as well as others to spot the signs.

Secondly, harmonize and bolster security cultures and practices. Belgium, home to NATO and most EU institutions, has a state security of approximately 600 employees. The French security services too seem overwhelmed by the scale of the problem. However, it is a Europe-wide issue in which institutions such as EUROPOL need to be given sharper teeth. It may worry many that nearly 30 countries with security personnel numbering over 2 million people may require a standardized and centralized database of all terror suspects, but pan-Continental problems require pan-Continental solutions.

Finally, reach a better consensus on the issues that affect all of Europe. The refugee crisis is a case in point. 1.5 million Refugees entered haphazardly and largely unchecked into Europe over a period of two years. The long-term impacts on security have yet to be felt but the immediate strains are evident. Decisions that will shape the whole continent need to be made multilaterally rather than unilaterally. Europe, so nestled in the glow of a largely post-Cold War peaceful continent, has taken its security for granted. The catch-up Belgium and France are playing is only indicative of a broader European complacence over security affairs.