How to Deal with Current Assessments of Middle East Events? 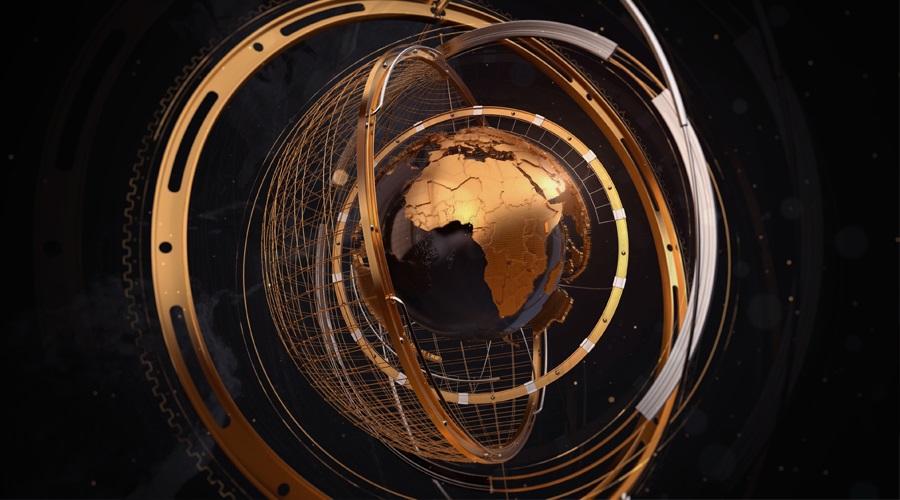 In what seemed like an “academic nightmare,” questions have been endless during the past few months, amid the severe consecutive regional developments and amid the unprecedented decisions, which were taken by major countries in it. There have been transformations beyond what has been viewed for so long as “regional precedents” or internal traditions. They happened suddenly and at unusual pace. Since no specific information was available, many analyses – particularly from outside the Arab region – began to anticipate upcoming chaos and stated that the region is heading towards the unknown. However, they later calmed down as they awaited the “reactions” that will specify the path of events.

According to what has been accustomed in the past few years, written analyses appeared right after developments within maximum three hours. The initial influx of articles can be categorized into two different standards as follows:

The first one is the rush of a single-minded approach of “foreign” analyses via a major idea that is confirmed by influential regional parties and what can be called a “guardians’ council,” which consists of international analysts who are experts in Middle Eastern affairs. Their views revolve around one idea, which attributes the deteriorating situation in the region to the Arab leaders’ uncalculated decisions, wrong estimates and inefficient policies and will, thus, get out of control and lead to more instability. Accordingly, analysts speculate that there will be internal instability in new areas or that large-scale regional wars will erupt as current unrest worsens.

The second one entails a form of temporary paralysis in the Arab region’s analyses as its writers are not used to writing in a complex way about the regional affairs. They rather tend to seek to be in harmony with the mainstream. This is in addition to the sensitivity of the status quo and to writers’ doubts that perhaps what is being debated “internationally” is true. There is also “lack of confidence” as maybe the regional states are in fact behaving in a suspicious manner. This is accompanied with the absence of a “reference”, which expresses the Arab point of view. Such view is based on the conviction that the region is confronting a survival problem and that all policies, which seem strict or untraditional, are justified or must be adopted and are thus necessary and calculated and can be efficient.

On the “technical” level, the problems which obstructed the possibility of addressing the questions and concerns raised by regional developments, and which each party dealt with in its own way, are related to the following:

1. The lack of specific information. Many of the developments which raised plenty of questions and led to several analyses, fatwas and unsettled debates, would have been possible to clarify any form of confusion or simply understand them, if information related to their root causes had been available. Yet, information does not represent “the theory of everything” as there are structural and circumstantial factors that precede or surround or lead to the occurrence of a specific event (as academics prefer to imagine). However, this information either paves way to at least understanding direct reasons or prevents exaggerated interpretations.

2. Lack of near precedents as academia, like politics, quickly goes back to previous cases, either in the same state or in other states that witnessed similar circumstances. A big part of the problem is because we are witnessing a “brave new world”, where unprecedented events are happening for the first time. Sometimes we don’t believe these things as they contradict with what may happen or what was supposed to happen, as per our knowledge, and there are also no references that we can go back to in order to evaluate them. Therefore, the orientation would be “improvisation.” This is the case until itis understood that there are different rules for the game, which can be discovered and analyzed and approved as logical.

3. Complications of analyzing according to the theory of possibilities. When there is no evident information or precedents, analysts usually resort to the theory of possibilities. This theory may seem like a reasonable and scientific solution, but it entails major complications. This is attributed to the fact that sometimes there are many probabilities, which are beyond what the situation can bear. Yet despite that the possible probabilities and the unimagined ones are specified, they still overlap in some scenarios. The problem is that utilizing such methods eventually turns into an academic quest for analysists that is linked to organizing thought, rather than discovering reality. Furthermore, deciding what is the plausible scenario will depend once again on the availability of information. Thus, the theory of possibilities will not provide a solution until the situation clarifies.

4. The large-scale deliberate politicization. It has become easy to specify how developments will be politicized since people’s orientations, websites’ affiliations and channel’s source of funds are currently clear. However, there is still a problem related to the public opinion or “educated” people as Brotherhood channels, Qatar’s websites, some journalists in London and figures in Washington have opted for a very quick process that aims to direct opinions and distort facts. They do so via quick interactions, attractive headlines and massive marketing campaigns and via an approach that depends on raising suspicions. They have the chance to do so and reach a wider scope, due to the lack of “parallel analyses.”

5. Quick intervention of well-known columnists. Some columnists in global newspapers have become “a reforming movement” that are very influential in the framing process of people’s opinions in the region as they are experts in the regional affairs. In addition, they must not be taken by surprise and no one must feel that they “did not say” or “did not know” something or that they were not consulted. Thus, their analyses – which are translated and shared– form general impressions regarding what is happening. It is difficult to resist these analyses, even if they are based on traditional tendencies or interests or lack of information. There are examples of cases whose orientations completely shifted, either due to serious or unserious considerations, in terms of developments that once worried them about the future of the Middle East.

6. The problem of fake news, which is shocking. Although there are tools to validate the credibility of news, fake news continues to spread among the public sphere. It has become difficult to differentiate between fake news and real ones, as only trained people can do so. Such fake news emerged from posts published by individuals and later used by some state apparatuses. There are reports that Russia did that. In most of the cases, it led to endless consequences even after revealing the news is fake. Social media outlets worsened the situation.

7. The influence of social media websites, which turned into an attractive alternative medium that quickly expands. The arena is not only dominated by millions of individuals, who are exchanging information which they believe is true, but also there are now parties that professionally produce huge amounts of data to influence the public opinion online and influence stereotypes on individuals and groups. They also use these platforms to propagate rumors, which some of them become self-fulfilling prophecies. This yields consequences, which are difficult to address. This has become a challenge for companies running these websites and for the parties influenced by them.

Other than the previously mentioned technical factors obstructing the analysis of developments in the region, the main problem would remain “the lack of power” of the mainstream in the Arab region. Until now regional analysts could not develop their capabilities to cooperate with decision making institutions or solidify their conviction by providing them with enough information that falls under two categories:

• Countries are confronting internal chronic problems. These problems are related to terrorism, conflicting interests, resources, development or modernization. They are trying to deal with them according to their available capabilities. They have the ability to achieve what they decided to do although there are opposing and influential factors.  Superpowers could not confront such factors the same way Arab countries did.

• The region is confronting a disaster. There are attempts to contain the disaster’s repercussions, as regional and international parties have expanded in the region and seized control of some countries. They now control the key to solutions, play a significant role in wars, and threaten other countries. What is happening from the main Arab states can be categorized as a form of preemptive defense to prevent threats from expanding to their territories or vital interests, all the way towards restoring balances or legitimacies via trial and error sometimes.

The domination of western analyses in interpreting Arab regional affairs has become evident. Yet, there is a need to infiltrate such domination through supporting and empowering Arab think tanks to publish their views. Other options entail direct interaction with western think tanks via the usual tools, which are related to providing information, special consultancies, public relations and political lobbying.

The region has descended into Hobbes’ “pure state of nature.” Therefore, the current situation is not about right or wrong or good estimates or bad ones or others’ satisfaction or dissatisfaction. It is about the “brute” rules related to countering the actors utilizing “management of savagery” tactics.  Thus, in such situations, the sword conveys truer tidings than books, as our Arab heritage stipulates. Some of these rules are:

1. Policies’ success can lead to the transformation of analyses. The assumption on which critique relies on is that adopted policies are not calculated and will thus lead to problems in the concerned country or surrounding areas. In this case, the ability to achieve the required aims with the least cost will lead to reconsidering the first orientations and looking for missing indicators, which such assumptions could have been based on from the beginning, as politics are measured via their results.

2. Imposing a fait accompli can be effective, if it can be controlled via an acceptable price. This is the first lesson that all regional powers, like Iran, Turkey, Israel and Ethiopia, implemented. These powers carried out exaggerated acts to reverse the regional balance of power through establishing entities or supporting agents. Despite that this was not acceptable and sometimes it was condemned at first by some countries and analysts, they reached a point when they had to deal with this fait accompli. Some Arab policies are criticized because they are trying stop onrushing vehicles because it will cause accidents.

3. Using lethal force or deadly force may be required sometimes or rather a must and away from traditional calculations. This stipulates that using such force must be the last resort after exhausting all other tools in the confrontation against parties that are clearly using “brute force” without any calculations whatsoever or that do not respect these other tools at all. This force is resorted to right away when it is used to confront threats to national security posed by parties which are not deterred. After all, weapons are there to be used.

In the end, it is certainly a must to pay attention to foreign analyses pertaining to the “regional developments.” There must be some sort of management to this. Yet, the “outcomes of policies” are what specify the direction of analyses. No voice will be louder than the voice “of the fait accompli” in the region. Let’s remember Ibn Khaldoun. 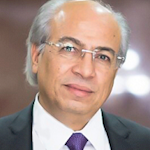