Syria’s Return to the Arab League, Inclusion Not Exclusion 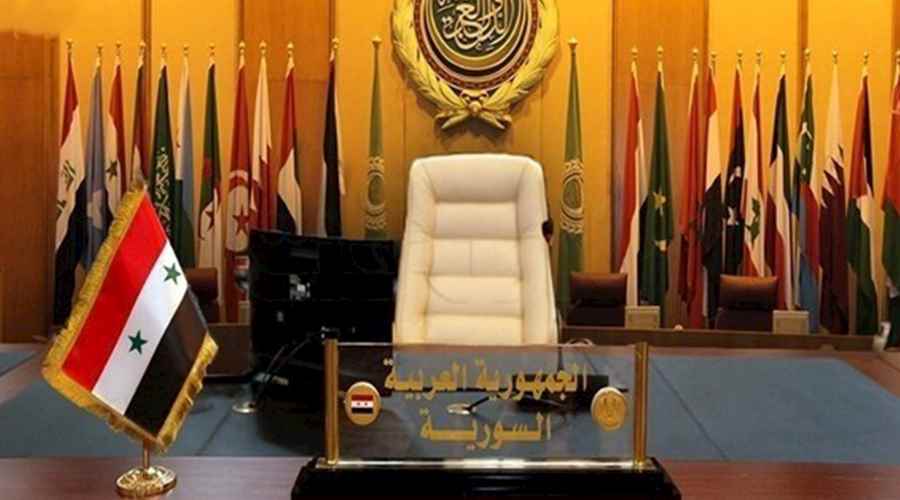 Over the recent months signs emerged that Syria is gradually returning to the pan-Arab bloc. On 11 November 2011, the Council of the Arab League issued a resolution suspending any Syrian government delegations from the council’s meetings and all organizations and bodies of the League. The resolution reflected the Council’s rejection of the Syrian regime’s actions against the opposition amid the Arab popular uprising, which broke out in the early second decade of the 21st century. The resolution was not the first of its kind. Earlier in 1978, South Yemen’s membership at the Arab League was suspended after its regime was accused of assassinating the then North Yemen President. One year later, in 1979, the Arab League suspended Egypt’s membership after it signed a peace treaty with Israel.

Two notes should be made about the Arab League’s suspension of Syria’s membership.

Firstly, the suspension of both Libya and Syria from the Arab League in the same year was unprecedented. It was the first time the Arab League had interfered in a member state’s internal affairs that can be assessed in different ways and can open the door for similar practices that are not related to any declared goals.

The second is that the Syrian regime was suspended only from the Arab League and not the wider United Nations. Nothing in the UN Charter provides for suspending the membership of a regime from the international organization, nor precedents are found on record of UN suspending the membership of a state. Moreover, the excuses cited to suspend the Syrian regime from the Arab League – which included its actions against the Syrian people as well as its foreign relations - already apply to other Arab regimes, which serves as a reminder of the arbitrariness of the so-called humanitarian intervention and its use of double standards.

Remarkably enough, the decision to suspend the Syrian regime’s membership at the Arab League has not achieved any of the declared goals which have nothing to do with the hidden purposes. The declared goal was to protect the Syrian people. Needless to mention the humanitarian and economic disaster that struck the Syrian people. It is only natural to say that the Syrian regime is responsible for the disaster and that its responsibility cannot be denied, but we should also add that other parties are driven by a desire to settle scores and serve expansionist interests without any regard for the interests of the Syrian people.

Even more importantly, the suspension did not only fail to put an end to the sufferings of the Syrian people, but also isolated the isolation of the Syrian regime and forced it to rely on more foreign intervention from Iran first then Russia to protect itself. Each of these two states have well-known agendas that pose a serious and real danger to the national Arab identity and independence of Syria. Foreign intervention serves its own interests without any regard for Syria's independence or interests, and the proof is that it tolerates Turkey’s military presence and goals in north-eastern Syria.

Naturally, the decision to suspend Syria’s membership at the Arab League that turns out to have failed to achieve its declared goals has to be reconsidered. Certain developments in Syria’s relations with other Arab states showed up giving more signs that their renormalization will potentially go underway. The two similar aforementioned decisions regarding Yemen’s and Egypt’s memberships at the Arab League eventually had the same fate.

But since the very beginning, the Syrian regime was not completely isolated from the Arab region, in the first place. Lebanon and Yemen rejected the Arab League’s decision to suspend Syria’s membership suspension while Iraq had reservations about that decision. Moreover, Egypt, among other states, which was under the Muslim Brotherhood, severed its relations with the Syrian regime but soon after the Brotherhood was removed from power it adopted a different policy. While it is true that diplomatic relations with the Syrian regime were not restored, Egypt’s official policy made it clear that Egypt stands for preserving the state in Syria, which implicitly meant a rejection of toppling the Syrian regime with which no contacts, and intelligence exchange in particular, were halted in the first place.

In 2018 in particular, more signs emerged that efforts were underway to reinstate Syria in the Arab bloc. Former President of Sudan, Omar al-Bashir visited Damascus on December 17, 2018. Although his visit did not have a certain outcome, al-Bashir was reportedly on a mission to explore the possibility of Syria’s return to the Arab bloc.

Ten days later, the United Arab Emirates reopened its embassy in Damascus, a sign that a new alternative way was in place to deal with the Syrian regime can now be followed: inclusion not exclusion. But despite that, Arab states appeared to be moving slowly on this right path. On occasions, this was explained by the United States’ objection to this alternative way. A flurry of statements has been made so far by politicians and experts about the need for, and the benefits of Syria’s return as an Arab state, until earlier this year a qualitative move by all measures was made.

After the UAE took the initiative to reopen its embassy in Damascus back in 2018, the first direct contact between the leaders of both the UAE and Syria took place in March 2020. Although it was announced that the phone conversation between His Highness Sheikh Mohamed bin Zayed Al Nahyan, Crown Prince of Abu Dhabi and Deputy Supreme Commander of the UAE Armed Forces, and Bashar Assad was about the impact of Covid-19 pandemic and the UAE’s support to Syria during this crisis, the political content was, of course, no secret. Again, on October 20, 2021, another such phone call was made. Bashar Assad called His Highness Sheikh Mohamed bin Zayed to discuss relations between their countries, ways of bolstering their cooperation, as well as developments in Syria and the Middle East.

In May 2021, another equally important development took place, when the chief of Saudi Arabia’s intelligence met with his Syrian counterpart in Damascus. But overall, it can be said that the situation changed radically in September 2021 when diplomatic, economic and even strategic signs emerged showing that Syria is returning to the Arab bloc. On September 25, the first meeting between the Foreign Ministers of Syria and Egypt was held in 10 years. Following the meeting which was held on the fringe of the United Nations General Assembly, Egyptian Foreign Minister Sameh Shoukry reiterated that his country supports Syria’s return as an active party within the pan-Arab framework. Later on, September 29, Jordan reopened the Jaber-Nassib border crossing with Syria following talks between Jordanian and Syrian officials about trade, energy and agriculture. Moreover, the phone talks between Jordan’s King Abdullah II and President Assad on October 3 were viewed as a prelude to restoring relations between the two Arab countries.

The diplomatic moves coincided with strategic developments pertaining to talks over supplying Lebanon with electricity from Jordan and natural gas from Egypt. This serves as a good example of the importance of Syria’s return to the pan-Arab structures. That is, when Lebanon was hit by a fuel crisis and Hezbollah took its own initiative to import fuel from Iran, the dangers of Iran’s spreading influence not only in Lebanon, but in the whole region, became even more evident to all parties. Only then, the Arab alternative was proposed to supply Lebanon with Jordanian power and Egyptian gas through Jordanian and Syrian territory. Those who strongly believe in Arab nationalism have spoken out loud for decades about the importance and benefits of pan-Arab integration until it was now realized that such integration is not only useful and efficient but also represents the only way out of the crisis. It is a purely Arab exit, and also serves the interests of all parties to the process of integration.

Of course, some would say that the Arab approach to reach a solution has been only taken based on approval from, or even an initiative by the United States. It became evident that the US Administration has taken stock of its approach and realized that clinging to a policy that mandates isolating the Syrian regime and imposing sanctions on it has yielded nothing but more Iranian expansion and wider influence in the region ,while the conflict stalled and the Syrian people continued to suffer from the dire humanitarian situation. Jordan’s King played a role in this process during his visit to Washington in July. What happened, however, is that the core of the solution is purely Arab. If, this time, it came out because of an endorsement from the United States, next time it will be based on an Arab initiative. That is because we Arabs possess all it takes to achieve integration, as well as a rich legacy of literature giving exhausting details on the dream of pan-Arab integration and its components as well as the mechanisms required to realize it and overcome any obstacles.

The developments discussed above show that inter-Arab agreement over the need for, and benefits of Syria’s return to the pan-Arab bloc is now taking shape. In reality, Syria has always played a pivotal role in Arab history. Its return will have implications on several levels.

Firstly, it will pay homage to the role of Arabs in resolving the years long conflict in Syria, a decade after the international community, and the Russian-Iranian-Turkish triangle monopolized relevant efforts to no avail. On the other hand, restoring ties between Syria and other Arab states will help address the severe humanitarian crisis facing the Syrian people, as well as the challenges of reconstruction and even using an Arab approach to address severe issues, as was the case with Lebanon’s energy crisis. It will also certainly help counter the worsening expansion of regional powers that took advantage of ongoing conflicts in Arab countries to bolster their influence.

The importance of the process becomes even more important given the United States’ dwindling interest in this region, or at least its change of mechanisms, which opens the door wide for regional powers to expand their influence on Arab territory. Therefore, working out an optimal formula for governing relations with these powers without inter-Arab agreement will not be possible.

Certainly, Syria’s return to the Arab League will be discussed by the next Arab summit. But due to failure to convene the summit for the second year in a row, it is evident that Syria’s relations with other Arab countries will follow the same path that Egypt’s relations took after it signed a peace treaty with Israel, where they were gradually restored in de facto renormalization with a majority of Arab states until they were fully and officially restored when Egypt participated in the 1989 Arab Summit.