How Singapore dealt with the COVID-19 Pandemic: Lessons for Policy Makers 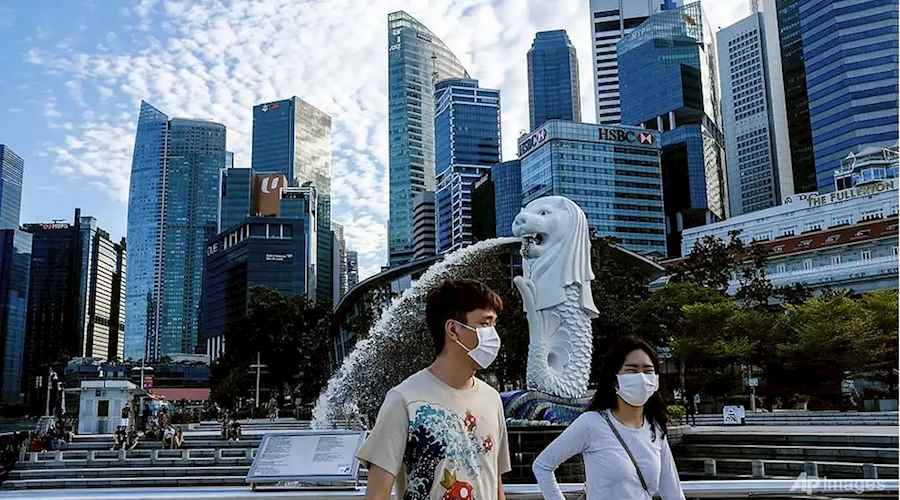 The COVID – 19 situation has gripped the world given its close to 392,331 infections and almost 17,156 deaths in a matter of four months. While countries across the world are grappling with dealing with the outbreak, Singapore along with a few other nations have led the way in dealing responsibly with the Pandemic. In doing so, lots of policy lessons could be learnt by other nations across the world.

To begin with, Singapore has had a history of dealing with epidemics given the SARS outbreak in the early 2000’s which affected a significant number of people. Accordingly, ever since the outbreak took place almost two decades ago, the country began planning its responses and emergency stockpiles quite diligently.

In response to the outbreak of the new Coronavirus, the government of Singapore initially instituted immediate checks on travellers coming in from the Wuhan region, where the virus originated. This step was later expanded to the whole of China. This was not an easy step since Chinese tourists comprise 20 percent of the total number of visitors coming into Singapore. Moreover, wealthy Chinese businessmen lead various real estate projects, especially in the central business district of Singapore. Thus, instituting such steps likely involved drawing the ire of China for blocking its citizens and directly affecting the economy of the nation.

Moreover, checks and measures included diligently tracing the route of everyone who met possible infected persons, issuing Leave of Absence orders – whereby workers were absolved from coming to work and instructed to reduce movements outside their homes and finally strict quarantine measures in case they came in contact with any confirmed cases. The stricter version of quarantine prohibited people from travelling outside their room for any reasons with food delivery taking the frontstage as a form of staple.

In applying this rule, two things became apparent. First, the government used a carrot and stick method to enforce its rules meaning that it provided 100 dollars per day to those who were asked to stay in strict quarantine and it simultaneously enforced fines amounted 10,000 Singapore dollars to those who broke quarantine.

For non-locals, breaking quarantine had an even steeper punishment with immediate suspension from jobs, deportation and a permanent ban from working in Singapore effected. In addition, the government also banned the employers of these individuals from hiring foreigners for at least two years, which give employers a stronger incentive to enforce such measures.

Second, the government complemented such measures with a clear communication strategy. Apart from publicizing positive stories as well as those of individuals being penalized, the Singaporean premier gave two reassuring addresses within 45 days. Both were about 10 minutes in length, whereby he gave a road map for the future (in the first speech), predicting more economic pain and persistence, and he outlined all the strategies of the government in stockpiling food and managing food security. This speech was especially important since Singaporeans had initially panicked, as the government changed the threat levels to orange (one level lower than the highest – red). Many observers would have likely questioned the seemingly overdone measures in containing what seemed like a China specific issue.

Yet, the far sightedness of the Singaporean leadership was vindicated given the situation the world is witnessing. In countries like Italy and Iran, the virus is infecting people at exponential levels not sparing parliamentarians as well. This has overwhelmed healthcare systems and brought untold physical, mental and financial misery to the millions who are currently under lockdown.

What can other countries hope to learn?

Accordingly, many things need to be instituted by any country that would hope to keep ahead of the curve. For one, countries should enforce strict shutdowns for various sectors. This would include shutting schools, places of worship, and providing work from home for those that can do so. Moreover, malls and restaurants should be forced shut at least for a short while. This will help block the initial spread of the virus.

Thirdly, during this time, governments should implement emergency measures, plan and  set crisis management teams, while suspending all non-essential activities. A 14-day gap will help organize this much more efficiently.

Fourthly, governments have to place safeguards on stockpiling by instituting limits on essential goods such as rice, pulses, eggs, medicines and other such items. Simultaneously strict measures must be implemented for anyone trying to flout rules and profit off panic in this situation. Moreover, constant communication is key in handling a crisis of this proportion.

Lastly, it is also important for government to plan out post-crisis recovery plans. In some ways, China has already announced trillion-dollar plans to revive its economy. This is as important as actually dealing with the pandemic itself since governments have to ensure that they do not resort to making things up along the way.

It is important here for policy makers to note that at the end of the day, governments are often mired in policy paralysis in pursuit of more economic benefit for themselves. However, the cost of deferring sound action in extraordinary times like these is far more catastrophic than any profits made in the days leading up to an eventual shutdown. Only now are countries like Italy and Spain warning other nations to take action, whereas the public seems oblivious to the threat. In these times, it is only good leadership with eyes on the future that can help prevent complete systems failures.