The Globalization of Epidemics

The Implications of the Coronavirus on the Global Economy 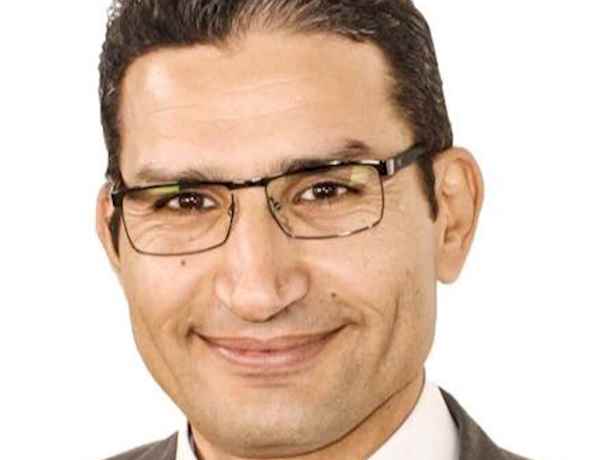 The new Coronavirus, recently discovered in China, is one of the epidemics that can turn into an immediate global catastrophe. Due to its rapid spread and the increase of the number of infections and deaths in China, the World Health Organization has announced that the Coronavirus has become a Public Health Emergency of International Concern (PHEIC). Furthermore, its transmission to a number of countries, starting from the neighboring ones to China, such as Japan, South Korea and Hong Kong, as well as European and African countries, all the way to the far West of the world, in the United States, Canada, and some South American countries, brought back to the world the bitter memories of epidemics that have killed millions throughout history. In case the new Coronavirus epidemic does not recede, but rather continues to spread among countries, it will shake global stability, incurring immense human losses, and inflicting the global economy with massive charges that may require years to compensate.

A long history of epidemics

Throughout history, people around the world have been exposed to epidemics, suffering from cholera and other fatal epidemics. According to the official website of the World Health Organization, the era of Hippocrates (460-377 B.C.) and the age of Galen (129-216 A.D.) witnessed a major outbreak of an epidemic that might be cholera. Moreover, a disease similar to cholera was known in the plains of the Ganges (In Northern India), since ancient times. The world has witnessed many incidents of epidemics of cholera, plague, measles, influenza, SARS, bird flu, swine flu, and others, which, in addition to wars, have caused the death of millions around the globe.

In 165 A.D., the world witnessed the so-called ‘Antonine Plague’ or ‘the Plague of the Antonine Emperors’, which surfaced during the Roman Empire. Historical records show that this epidemic have taken the lives of an average of two thousand people daily. In the beginning of the 19th century, the epidemic of cholera spread across the world from its original reservoir in Southeast Asia, where almost 100,000 people in China and Indonesia were infected, eventually affecting the other continents.

Despite the great progress in health care in the modern age, the cholera epidemic continues to affect between 1.3 million and 4 million people annually, killing between 21 thousand and 143 thousand people around the world every year, and incurring an immense loss of lives, and inflicting massive charges on the global economy.

The globalization of epidemics

The spread of epidemics and the human and economic costs of such outbreaks in the present time are due to several reasons. The most important of which is the expansion of globalization. While globalization witnessed its golden age, since the beginning of the nineties of the twentieth century until the end of the first decade of the twenty-first century, the world experienced a wide and accelerated expansion in economic activity, and an unprecedented flourishing in the global movement of goods, commodities and capital, as well as a significant flexibility in the movement of people across international borders.

While many areas around the world enjoy an increase in the level of health care and prosperity, other regions suffer from a sharp decline of these indicators due to poverty and inadequate resources, or as a result of wars, which destroy the health sector infrastructure. Whereas poor areas and war zones are a fertile soil for the incubation of viruses and the emergence of epidemics, humans transmit these viruses and epidemics during their travel, benefiting from the freedom of movement due to globalization. This does not preclude the occurrence of epidemics in prosperous areas, followed by their transmission to the rest of the world as well, through the same channels availed by globalization.

In other words, the exposure from which the global economy is benefiting under globalization, by facilitating the movement of people and manual labor, is simultaneously a channel for transmitting viruses between countries, turning them into global epidemics in just a few days, and this can be described as ‘the Globalization of Epidemics’.

On December 31, 2019, China announced the first infected case by an unknown virus in Wuhan, Central Hubei Province. The Chinese authorities ruled out the possibility of the new virus being the same as the SARS virus, which spread around the world in 2002 and 2003. On January 5, 2020, those authorities announced that the new virus had been identified, in cooperation with the World Health Organization, and proclaimed that it was from the Coronavirus family, which includes ‘SARS’ and common colds, and was called ‘the New Coronavirus’.

And with the continuation of announcing injuries and death cases, China has declared quarantine in 13 cities in Hubei Province, with a total population of 41 million people. Furthermore, the authorities have imposed severe restrictions on domestic travel, in an attempt to curtail the spread of the virus. By February 2, 2020, the Chinese authorities updated the figures of cases infected by the new Coronavirus until the first Saturday of February 2020, bringing the total confirmed infections to 14,380 cases including 304 death cases, bringing the total recorded infections worldwide to 14,542 cases.

Moreover, cases infected by the virus appeared in 26 other countries besides China, such as Japan, South Korea, Hong Kong, Singapore, and European countries, and the virus reached the United States, Canada and South American countries.

The economic cost of the new Coronavirus

The new Coronavirus has triggered the prevalence of a state of global anxiety and fear, and the countries to which the virus was transmitted have taken steps to prevent its widespread among their populations, such as China and Singapore where celebrations and events that require large human gatherings were canceled, such as the celebrations of the Lunar New Year. States that have not detected infections are taking measures to prevent transmission, by preventing travel and flights to and from China, warning their citizens against traveling there, and have enhanced their monitoring and control procedures at the ports of entry counting and examining arrivals from China.

This state of anxiety was reflected in the performance of the global financial markets, as some suffered major losses with the retreat of these markets to the lowest levels witnessed in months, like what happened in the US stock indices, which dropped sharply to lose more than 2% in the Monday session alone, January 27. The European stock indices also dropped by 1.5% on average the same day. Additionally, in Asia, Japan's Nikkei recorded its biggest daily loss in five months, dropping by more than 2%.

The oil markets were no exception either, as they dropped significantly due to the state of anxiety, which took over the dealers, as a result of their concern that the virus may cause a decline in oil demand, especially in China, which is considered to be the largest energy consumer in the world. This was reflected in the decline of Brent crude prices to less than $60 a barrel for the first time since last October. US crude prices also recorded their lowest levels since October. Barclays Bank expected a drop in oil prices by two dollars a barrel during 2020 on account of the potential economic impact of the Coronavirus outbreak, and the bank suggested that the average price of Brent crude would drop to $62 a barrel, and the average American price of crude to drop to USD 57 a barrel.

However, despite these huge losses in both the financial and oil markets, which are an indication of the pressures the global economy as a whole has to endure due to the threats of the spread of the New Coronavirus, it is necessary to note that such conditions are usually expected and justified, especially in light of the sudden decline in the morale of investors and dealers in the markets. Yet, these pressures do quickly subside over time, particularly with the emergence of the first signs of decrease in the virus spread.

To conclude, it must be emphasized that the spread of such viruses and their becoming epidemics in that manner are not strange or exceptional in the age of globalization, as the World Health Organization annually receives more than 5 thousand early reports of epidemics around the world. The global economy also bears an annual cost ranging between USD 500 billion and USD 570 billion on account of the epidemics. According to the estimates of the International Monetary Fund and the World Economic Forum, which is a value that represents about 0.7% of the global gross domestic product, is also equivalent to the annual cost incurred globally due to the crisis of climate change. Therefore, the new Coronavirus epidemic is but a new epidemic that is added to the WHO's global epidemiological record. Its risks to the global economy are likely to subside soon.