Reasons Behind Appointing Sadeq Larijani to Head the Expediency Council 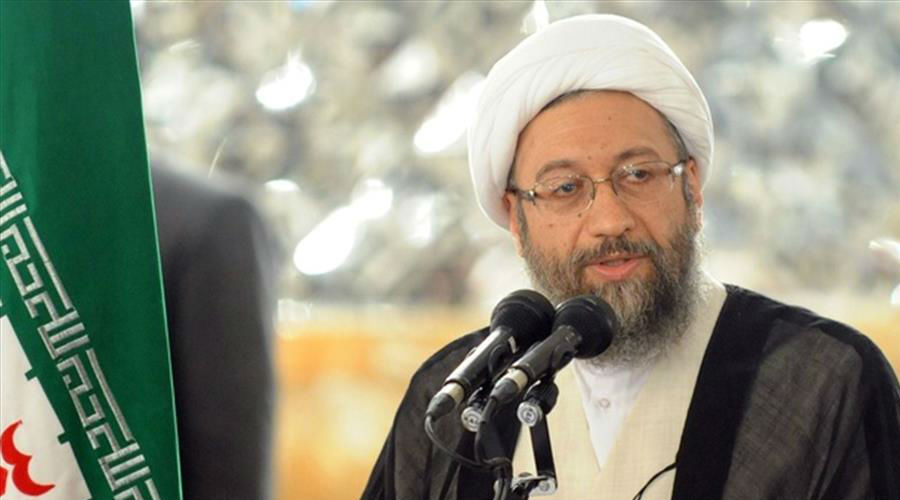 The decision taken by Iran’s Supreme Leader Ali Khamenei, on December 30, 2018, to appoint the head of the judiciary, Sadeq Amoli Larijani, a head of the Expediency Council, to replace Mahmoud Hashemi Shahroudi, who died about a week earlier, was not a surprise to the political forces and movements in Iran for several reasons.

The most important of them are the regime’s commitments to rotate key positions over the past four decades, coupled with the changes in political power balances ensuing from the internal political crises, which are exacerbated by US sanctions and pressures. These are set to re-entrench the influence of the fundamentalist conservatives close to the Supreme Leader’s establishment, which suggests that the coming period may see further steps aimed at broadening the influence of this movement on the political decision-making process.

It is worth noting that the Expediency Council is responsible for developing the higher policies of the State in consultation with the Supreme Leader and settling the differences that arise between the Islamic Consultative Assembly (Parliament) and the Guardian Council. Numerous analysts point out that one of the key reasons behind the appointment of Sadeq Larijani as a head of the Expediency Council is that he has been the head of the judiciary since mid-August 2009, the same position that Shahroudi also held during from 1999 to 2009. According to analysts, assuming higher positions in the judiciary paves the way for chairing this Council, a highly important institution to the regime.

Larijani and Shahroudi were accused by internal and external parties of committing crimes against human rights. These accusations drew prominent international attention, which was evident in two important developments. Firstly, the raging controversy in Germany, in January 2018, following a complaint by German activists to the German Attorney General against Shahroudi- who was being treated in a hospital in Hannover at that time- calling for his trial because of human rights abuses. But, according to numerous reports, he had been able to leave Germany before facing real troubles. Iranian opposition organizations abroad, chiefly the National Council of Resistance of Iran (NCRI), endorsed the complaint, demanding the German authorities to issue an urgent arrest warrant against Shahroudi.

Secondly, the United States’ keenness to put Sadeq Larijani on the list of sanctions announced on January 11, 2018, among 14 Iranian officials, for human rights violations and repression of protesters, particularly following the protests which had erupted in the city of Mashhad in December 2017 and spread to Tehran.

This reading, however, has multiple faults, the most important of which is that holding a judicial office is not necessarily a precondition for assuming the position of head of the Expediency Council, as evident in the case of former President Hashemi Rafsanjani, who died in January 2017, the longest serving Iranian official as head of that Council.

A message of Defiance

That said, it can be argued that there are other factors that led Khamenei to take this decision, most importantly, it is a message from the regime to the Iranians and the external world that it will not change its policy to alleviate the pressures of the US sanctions and internal protests.

In other words, the regime is trying, through this move, to send a defiant message that it is determined to press forward, despite the continuing internal protests, in pursuing its a repressive policy, Iran’s interventionist roles in the Middle East, supporting terrorist organizations and developing its missile and nuclear programs.

In parallel with the announcement of his appointment as head of the Expediency Council, Larijani was keen to reaffirm his loyalty to Khamenei and his strong alignment with the Supreme Leader’s hardline policy. This attitude was crystal clear in in Larijani’s fierce criticism of the internal protests, warning that they could descend into a “new sedition”, in reference to the political crisis that broke out in Iran in 2009 in the aftermath of the Green Movement’s objection to the results of the presidential election. the Green Movement claimed voter fraud in the elections which resulted in former President Mahmoud Ahmadinejad winning a second term.

Although the Expediency Council approved, at its first meeting on January 5, under Larijani, the anti-money laundering bill which the government has tried to pass to fulfill the European demands in an attempt to salvage the nuclear deal, this may not necessarily mean that the Council, under Larijani, will back the government’s efforts or espouse a more flexible policy in the coming period.

Undoubtedly, the appointment of Larijani in his new position was not the only Iranian message of defiance. It was preceded by multiple messages, including announcing a new ballistic missile test on December 12, 2018, the approaching launch date of the Payam Satellite and the Space Launch Vehicles (SLVs). In response, the US asserted that such tests constitute a violation of the nuclear agreement and Security Council resolution 2231, given that the Iranian program is based on a ballistic missile technology.

Moreover, the latest move by the Supreme Leader, Khamenei, demonstrates that he is left with limited options with regard to the tools available to him to redress the balance of political powers. The spiraling internal crises in Iran and the mounting external pressures seem to have forced Khamenei to rely on a narrow and close circle of political and religious elite, which could take on key positions in the regime. This is perhaps a prelude to grooming one of such personalities to be the Supreme Leader in the event of Khamenei’s absence from the political scene at any time. If this elite assert control over the regime’s pillars, the latter may face a critical impasse in the coming period.

Remarkably, Larijani now holds more than three prominent positions in the regime, namely the head of the judiciary, head of the Expediency Council and a member of the Guardian Council, an institution that vets the Consultative Assembly’s laws and the eligibility of candidates for the various elections. Moreover, he is a member of the Assembly of Experts for the Leadership, which has the mandate to appoint, monitor, and dismiss the Supreme Leader.

Nonetheless, Iranian reports suggest that Khamenei may make further changes after the appointment of Sadeq Larijani as head of the Expediency Council, given that Larijani has presided over the judiciary for 10 years. These reports nominate Ebrahim Raisi, the custodian of the Razavi shrine and the loser candidate in the last presidential election, to replace Larijani in the position of Chief Justice.

To sum up, it seems that the internal and external pressures on Iran are coalescing together to impose new realities, affecting the balance of political powers, which may see profound shifts, given the possible paths of these pressures in the coming period.