Why Political Songs Spread in the Middle East 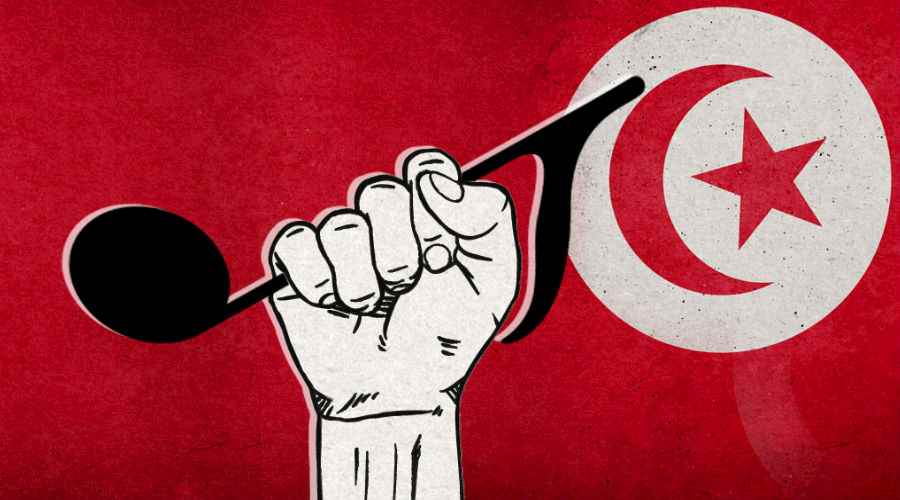 Political forces in certain Middle East countries started to adopt a new mechanism to achieve electoral propaganda purposes and express their positions on domestic and regional issues. The mechanism revolves around using political songs and poetry to urge the public to participate in the political process either through running in elections, voting or adopting certain positions on controversial issues. But while political songs as such represent a form of artistic expression of decades-long events in the Middle East, their newly-emerged patterns and the modern-day modality of employing them are what made their spread an interesting phenomenon.

In other words, it can be argued that this mechanism of promoting elections and prominent events and positions is nothing new. They became a trend in the 1960s but later the old classical low-key style shifted into the present-day high-key, popular and festive style that aims to inspire, and attract the attention of the recipient. Nonetheless, this transformation has been the most prominent variable that helped draw attention to, and even spread this music in some regional countries. The reason is that these songs are close to the public whose role and influence increased after revolutions and protests broke out in late 2010. At the same time, this role is viewed as one of the reasons why people running propaganda campaigns started to address ordinary and marginalized people through loud musical works of varying form and content, as well as classical songs that trended before the era of revolutions.

In this context, parties that adopted this style of propaganda sought to manipulate the lyrics of famous and widely-popular songs to support certain candidates or electoral blocs or promote their political positions. They also sought to create new lyrics that are focused on highlighting the “achievements” of candidates and blocs in a bid to persuade the public into voting for them, or on the risks of ignoring social or political causes, as is the case in Lebanon, Iraq and Turkey.

It can be argued that the popularity of television enabled such songs to be more influential. Television is considered as one of the most effective tools used by electoral campaigns to maintain communication with voters and promote positions on various certain political and social causes. This was evidenced, for instance, in controversy raised by the Lebanese TV station Al-Jadeed that aired on April 24, 2018 a song considered by several views as a racist work against Syrian refugees. The lyrics of the said song mock the refugees for renting uninhabitable houses in Lebanon and having many children thus becoming the majority rendering the Lebanese strangers in their own country.

The spread of this type of propaganda supporting elections and political positions in some regional countries can be explained by several considerations of which the following stand out:

1- Helping Overcome Weakness of  Electoral Programs. This became evident in campaigns launched before the Iraqi parliamentary elections held on May 12. The media, now dominated by partisan and political subordination to Iraq’s major political and religious entities, aired songs that were customized to serve specific political blocs and call for electing specific candidates, rather than focusing on the electoral programs of candidate lists and just mentioning the past achievements of the candidates. This prompted several views that the bid reveals weakness and failure of such programs to fulfill the basic demands of voters.

2- Reaching out to a Wider Public. This type of media propaganda ensures that a wider public is reached while also focusing on those not interested in participating in the electoral process nor in public political issues. The bid is made through the intense airing of such songs and poems before the elections are held. This became evident before the Turkish referendum on constitutional amendments was held on April 16, 2017. Then, political songs were made by blocs that back a Yes vote and the Justice and Development Party to counter songs aired by parties opposing the constitutional amendments and a No vote, including in particular the Republican People's Party.

Additionally, such songs ensure that they continue to circulate during campaign silence periods although satellite and TV channels abiding by electoral laws stop airing them. In theory, this ensures wider influence on voters encouraged to vote, especially through social media, activists’ pages as well as supporters.

3- Showing Interest in various political developments and happenings. This became evident before a referendum on Iraq’s Kurdistan Region’s independence  from Iraq. Several Kurdish political forces had a strong interest in preparing songs that call for independence from Iraq.

What should be noted that these forces took advantage of the latest elections for the same purpose. For instance, a satellite channel run by the Turkmen front operating in Kirkuk City recorded many songs that highlight the city’s Turkmen identity, while Kirkuk channel, affiliated with the Patriotic Union of Kurdistan, aired songs calling for annexing Kirkuk to Kurdistan and for voting for the Kurdistani alliance.

In conclusion, it can possibly be argued that that the role of media has changed in promoting elections and political positions. The role is partly reliant on the mechanism of using songs to promote a specific candidate or political entity and support specific positions. But this reflects a transformation of the public role after the era of Arab revolutions and protests. This imposed special interest in what several views call “street talk and vocabulary” away from political slogans and opinions upheld by elites. This implies the likelihood of continued use this mechanism in the future as a way of ensuring that the public and voters are reached out to in order to encourage them to participate in the elections or back specific political forces.