What are the Implications of the Russian-Turkish S-400 Missile Deal? 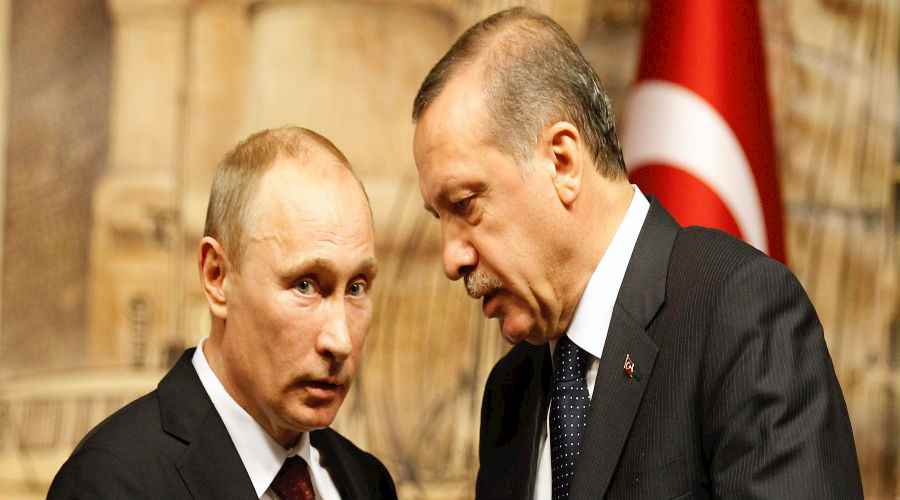 Turkey and Russia recently announced that their talks about the delivery of the Russian S-400 surface-to-air missile defense system to Ankara were now at a final stage. That is a sign that a key element of the deal, estimated at USD 2.5 billion, has already been achieved. According to statements delivered by Sergei Chemezov, the head of Russia's Rostec state corporation, in Moscow one week before the MAKS-2017 air-show, the two countries resolved technical issues regarding the contract of the four missile interceptor batteries, with only administrative issues remaining. His statement indicates that the serious steps have already been taken towards implementing what can be described as a done deal.

Despite that Turkey is known for being a Western-aligned country, this deal represents a landmark shift in Turkish defense policies signifying further growth of Turkish-Russian defense relations in the coming period. This rapprochement will lead to an obvious decline in relations with its traditional allies such as the United States and the North Atlantic Treaty Organization (NATO), of which Turkey is a member. This is especially significant because the talks coincide with a remarkable escalation between the United States and Russia that was fuelled by US Congress’ passing of new sanctions on Russia.

Moreover, while the current scene shows no signs of an immediate Turkish withdrawal from the Western alliance, the developments reveal an emerging trends of changes in Turkey’s defense policies and even its military doctrine. This trend is evidenced in several indications, the most significant of which revolve around the size of Turkey’s participation in NATO’s operations as well as the directions of the Turkey’s relations with its allies.

Ankara’s interest in sealing the missile deal with Russia can possibly be explained by several considerations, the most prominent of which are:

1- Increasingly divergent views between Ankara and Washington. Turkey-US relations was marred by tensions, following Ankara’s criticism of Washington’s refusal to extradite Turkish cleric Fethullah Gulen whom Ankara blames for plotting the 2016 failed coup attempt. The tensions were reflected in the battle for Mosul, where Washington opted for rehabilitating and building military bases in Syria and Iraq, as an alternative for its Incirlik Air Base in Turkey.

Moreover, Ankara persistently tries to put pressure on Washington due to the latter’s military support to the Kurdish militias involved in the battle for Raqqa. This push is driven by Turkey’s firm stance regarding these militias designated as terrorist groups. Nonetheless, the bid has failed to reap significant results.

Moreover, Turkey believes that the United States procrastinates about upgrading the Turkish defense systems. This view was clearly expressed by Turkish President Recep Tayyib Erdogan when he stated on July 25, 2017 that Turkey had to procure the S-400 missile system from Russia because the deal allows Ankara to produce some of these missiles domestically, and the reluctance of the United States from partnering with Turkey in this regard.

2- Hurdles put up by NATO. According to Defensetech.org, NATO ignored Turkey’s need to upgrade its defense capabilities. Turkish media reports revealed that both the United States and NATO rejected a request by Turkey to acquire a missile defense system from China on the pretext that the Chinese manufacturer had sold missiles to Iran in the past.

3- Improving relations with Russia. Turkish-Russian relations were severely impacted after Turkey downed a Russian Su-24M attack aircraft in Syria’s airspace in November 2015. After they managed to overcome the crisis, Turkey and Russia charted a path to rapprochement, which reflected on the Syrian issue as Ankara took an effective part in the Astana talks alongside Russia and Iran. In case the S-400 deal was really signed, it is perceived that relations between Turkey and Russia will reach an unprecedented level that is more like a bilateral alliance.

4- Significance of the defense deal. The S-400 is reportedly one of the most advanced missile systems in the world, and can shoot down all existing aerial attack capabilities including aircraft, helicopters, unmanned aerial vehicles (UAVs or drones), winged missiles as well as tactical ballistic missiles that can attain the speed of 4800 meters per second.

The deal indicates changes that can be summarized in the following:

1- Noticeable shifts in military alliances. Defense relations between NATO and Turkey have suffered a significant decline evidenced in several indications. NATO’s Annual Report 2016 reveals that Turkey’s partnership with the alliance and its participation in its operations went to historical lows. Turkey’s participation in NATO’s operations and missions in Kosovo, Afghanistan was as low as 7 percent. Moreover, a number of NATO-Turkey joint advanced cooperation and training programs were suspended.

2- Structural and strategic shifts. The S-400 missile deal further reflects structural and strategic shifts in Turkey’s military and security systems, and particularly its defense system, which represents the largest military ingredient, and contributes towards setting the country’s strategic approaches. The deal allows Turkey to deploy the defense systems anywhere within its territory. The whole partnership with Russia can further bolster Turkey’s defense industry and serve its goal of diversifying its sources of armaments.

3- The theory of discrimination. Turkey has the view that its declining defense relations with NATO was a result of the alliance’s pursuance of a discriminatory policy against Ankara. Turkey believes that the military alliance has not pursued the same policy towards Greece and even allowed it to acquire the Russian-made S-300 missile system. Without a doubt, Ankara’s deliberate projection of this particular case can neither be dissociated from its decades-old dispute with Greece over Cyprus, nor its failure in boosting its chances of joining the European Union.

Through the S-400 deal, Turkey seeks to achieve two main goals. The first goal is to upgrade its defense systems and other military capabilities. Ankara attaches great importance to this bid amid the various threats posed by regional developments taking place at is doorstep. According to many military reports and press statements, the most prominent of such crises is the Syrian issue, which remains unresolved to date.

Turkey’s second goal is to boost its own military industry. According to Turkish officials, the Turkish-Russian agreement is not confined to the purchase of the S-400 missile system, but also reportedly provides for the launch of shared production of two S-400 batteries with Russia. However, Russian military experts questioned such reports and cited the high cost of transferring the technology or know-how, where Turkey will have to spend billions of dollars to establish a completely new industry.

One can conclude that significant shifts are occurring in Turkey’s network of foreign and defense relations. However, the continuance of these shifts will seemingly hinge on what positions Ankara’s allies would take. This means that in the coming period Ankara would be keen on foreseeing whatever potential implications its rapprochement with Moscow would impose on its relations with the Western allies. This would represent a highly-significant variable in determining the extent of influence of such shifts.