From revolutions to Trump, why experts got their predictions so wrong 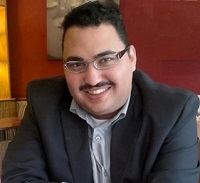 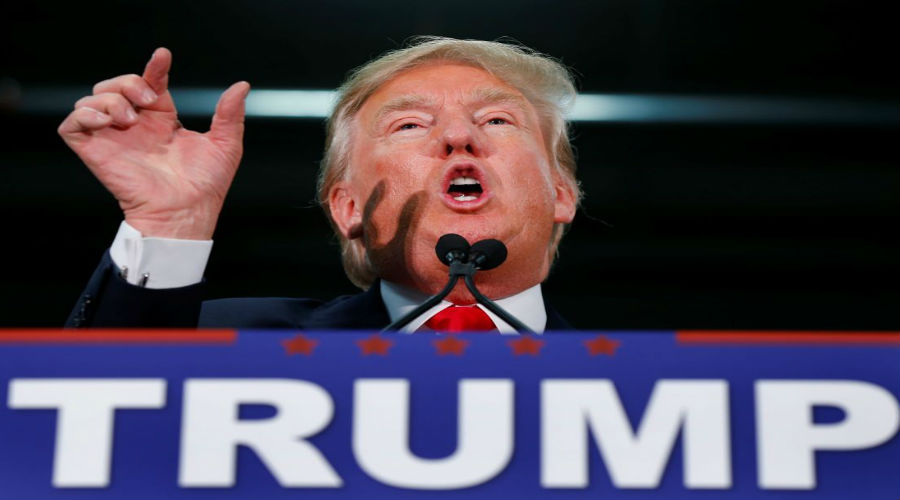 Millions of viewers around the world were shocked by the victory of Donald Trump in the American presidential elections. Most analysts and opinion polls had predicted for several months that he would be trounced by his Democratic rival, Hillary Clinton. His victory triggered a storm of debate over why most experts and political analysts failed to predict the outcome.

The American election was not the first time analysts missed the mark. Over the past decade, political realities have been changing too quickly for experts to keep up. Some of the most prominent media commentators have failed to predict the British vote to leave the European Union, the ability of supporters of Turkish President Recep Tayyip Erdogan to prevent a military coup, the spread of the Arab Spring revolutions across the region, and the Global Financial Crisis of 2007.

The difficulty of predicting political developments is partly due to the exceptional political changes witnessed across the world in recent years. Domestic, regional and international relations are in constant flux, amid overlapping layers of complexity, fluid changes of direction and the melting away of traditional boundaries between the domestic and the international. Traditional distinctions between actors and categories have eroded in light of the inexorable mushrooming of so many issues that are tracking them all exhausts political analysts and those who attempt to monitor current affairs. The main themes of this complex reality are as follows:

1. A never-ending influx of data. Emerging shifts in the world are characterized by a never-ending volume of angles and elements, making them impossible to understand. The organic interaction between these factors makes it impossible to isolate them for study or make certain elements constant in order to demonstrate changes in other elements. This is linked to the complex webs of interaction that control these phenomena.

2. Overlaps in time. Complex political phenomena go beyond traditional divisions of time, as the trajectories of the past and the future interact in ways that make it impossible to define time-frames, beginning or end points of phenomena. That increases the difficulty of following how phenomena develop or the chronological links between them. Complex phenomena are always changing because of a vast number of factors and aspects involved, in the context of overlapping networks and nonlinear relationships. The constant interplay with neighboring contexts increases the difficulty of predicting the course of developments and their effects in the future.

3. A lack of causality. Complex developments are not governed by clear linear relationships between cause and effect. The explanations analysts give for them are often simply logical assumptions rather than genuine links that tie causes to outcomes. A few events in various parts of the world unleash consecutive waves of change in other, geographically distant areas.

4. Uncertainty. Most complex political and social developments are not immediately understandable in light of the fluidity and opacity surrounding them, as well as the sudden events that can surround the outbreak of these developments. That has led some to call our time the “age of the unimaginable.” Countries around the world have become prone to sudden, unexpected events such as large-scale terror attacks, military assaults from neighboring countries, global market collapses, natural disasters, vast waves of political protest, breakdowns in law and order and prolonged domestic conflicts, making it near-impossible for policy makers to react in light of the considerable material and human losses that accompany such developments.

5. Integrated contexts. Developments and events in one area cannot be isolated from neighboring contexts. Complex phenomena have no barriers or borders dividing them from the surrounding environment, meaning that external factors play huge roles in systems of interaction.

The erasing of borders that used to split between the domestic and the external, along with growing levels of mutual exposure between states, are among the most significant manifestations of global integration. Domestic events in certain countries cause fierce waves of regional and international developments, as was the case with the Arab revolutions, the global financial crisis and the effects the slowing world economy has had on stability within states.

The challenge of making predictions based on political analysis cannot be separated from the level of imagination among experts and commentators on international developments. This is linked to the shortcomings of human cognition when faced with enormous, rapid waves of information of varying accuracy and ability to help explain reality. This causes a growing disconnect between what analysts are aware of and the reality of developments on the ground, so predictions become more of a personal guess than a coherent analysis of the available information. Some of the main perceptual obstacles are as follows:

1. False similarity. Analysts are tempted to draw comparisons between current events and historical phenomena in an attempt to predict the future course of events. They claim that past situations that are similar to the current reality lead to similar outcomes. This supposed similarity between the past and present prompts some analysts to make predictions they claim are inevitable. However, subsequent events show that their forecasts are not accurate because they have ignored the unique nature of the current situation and how it differs from historical precedent despite its similarities.

2. Selective perception. The vast, rapid influx of information and the difficulty of following events means that many observers are selective in their focus, choosing certain factors that they consider the most salient and basing their analyses on their personal perceptions of this information. Analysts also try to reach points of certainty amid the trajectory of developments, prompting them to stop the influx of information arbitrarily at a certain moment and subsequently depending on their previous experiences and analytical skills, which causes their analysis to lose touch with reality.

3. Assumptions of Rationality. Analysts use traditional methods to predict the political behavior of individuals and institutions, including the rational choice model which implicitly assumes that individuals analyze the costs and benefits of their decisions and choose the least costly and most profitable option. These assumptions cause analysts to make inaccurate predictions because some material and immaterial factors have an influence on political behavior. Many of these factors are irrational and opaque when viewed through traditional logical explanatory frameworks.

For example, voters may choose to punish an individual candidate or use their vote to express anger at a political system that does not answer their needs. They may decide on a particular candidate simply through a desire to break the monotony of the current situation and depart from the familiar political system. While the alternative selected by the majority may be the least qualified candidate according to relevant criteria, a longing for change, resentment of the political status quo and the desire to overthrow it -- or even mere derision towards the political elite -- can be motivation enough to justify this choice in many individual’s minds.

4. Clinging to the status quo. Experts use the status quo as a fixed reference point for bold predictions. That intensifies the dilemma of denial they face when presented with new indicators of fundamental and unprecedented change in the political landscape. Experts view the status quo positively, based on their personal preference for the familiar and concern over the risks of sudden unexpected change.

5. The problem of admitting error. In his book “Future Babble: Why Pundits Are Hedgehogs and Foxes Know Best,” author Daniel Gardner describes an experiment by political psychologist Philip E. Tetlock. In 1984, Tetlock polled 284 experts, academics, economists and think tank researchers about economic and political developments they thought would determine the future direction of the world.

Tetlock then measured the accuracy of those predictions 20 years later. The vast majority of those predictions had absolutely no relationship with real world developments during that period. Most expert forecasts were simply “arrows randomly fired into the void” as the experts clung to the status quo in their predictions. However, the most interest result of the experiment was the reaction of the experts when presented with the failure of their predictions. Most of them sought to justify their views by saying they were, in fact, correct or reinterpreting what was stated to make it seem closer to the reality. Some of them got into heated debates over the accuracy of their predictions instead of admitting that they have been wrong, reflecting a low level of humility among commentators on political affairs.

6. Following from a distance. Many analyses and predictions depend on open source information and media outlets rather than primary sources of information. Much of this data is likely to be fragmented, distorted or false, and does not reflect the complexity of real world developments. On the other hand, accurate observation requires the observer to live in the field and depends on primary source information while avoiding generalizations based on partial field observation.

A crisis in social sciences?

The essential social science literature does not claim that the discipline can predict the trajectory of real world developments, as it recognizes the complexity of humans and social phenomena and the impossibility of forecasting events.

The fundamental aim is to monitor and observe developments and explain them based on the most accurate data available. This requires some distance in time between the event and the analysis to obtain official documents and empirical data and to carry out interviews and closely observe the reality.

Despite this, a wave of field studies and opinion polls have encouraged specialists to overstep the boundaries of academic caution and draw predictions based on various field studies. The availability of quantitative data and such as Democracy Index, the Press Freedom Index, and the Economic Competitiveness Index have encouraged many commentators to make predictions based on them, bringing together indicators and coining theories based on causality and the correlations between variables and changing realities.

For example, one academic pointed out that empirical predictions that the coup in Turkey would fail were based on a formulation of variables supposed to determine the outcome of a military coup attempt in any country -- the economic performance of the state, the public's quality of life, ethnic diversity, the level of democracy in the political system, the experience of previous coup attempts and the state of the armed forces.

Even taken together, these factors do not adequately reflect the unique reality of Turkey or the events surrounding the coup attempt, nor the complexity and overlapping contexts that determined events on the ground. That increased the shortcomings of predictions and the variation in results between one situation and another. Those claiming to be able to make predictions based on the general direction of events such as the rise of a populist, right-wing nationalist movement as an indication of Trump’s apparent victory, do little more than “firing an arrow into the void” given the possibility that a single event can buck the general trend.

This trend towards empirical generalization and attempts to create theoretical models able to explain widely diverse situations are among the reasons why experts have failed in their analyses. A dependence on fragmentary data to build generalizations about conditions that share few fundamental similarities, a focus on quantitative data, a dominating trend towards reducing social and human phenomena to aggregate numerical indicators, and total faith in the equality and consistency between different factors of equations all add up to mean that experts ignore the complexities of human and social life that cannot be expressed through numbers.

This clear separation between the central theories in science, and the rapid pace of change in the world, along with the shortcomings of the dominant tools for understanding political developments, may mean that we are at a moment of transition in the dominant guiding perspective in the social sciences. This could lead to a review of the philosophies within the discipline and its fundamental goals, along with the roles scientific research can play, its analytical tools and the ways it treats reality.