Why National Salvation Governments Fail in the Arab Region 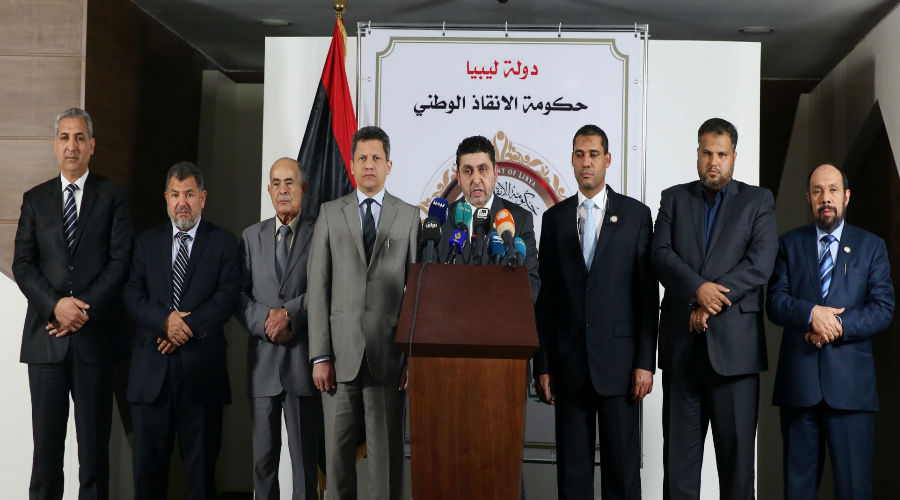 Calls by individuals, political or armed groups and even extremist organizations, to create so-called governments of national salvation, surface in the Arab region from time to time. The stated goal is to address existing political crises, urgent economic challenges, serious security threats or pressing regional situations. The context is post-popular uprisings or internal conflicts that witnessed the spread of chaos, and highly fragile stability that can potentially result in unilateral separation of parts of affected states. For several reasons, such governments in the Arab region failed to address challenges.

No stable agreement about what exactly is a government of national salvation can be found in today’s political literature. Rather, there is case-by-case disagreement. One view is that such government is the product of a coalition between political parties when one of them fails to win a majority of votes in parliamentary elections. According to this view, the government represents compatibility among different political components and ideologies. Another view is that a government of national salvation is made up of national and independent public figures agreed upon by political forces and social segments and are not subject to the conditions set forth by sectarian power-sharing. It can be said that there are a number of factors that explain the failure of the composition or failure of the performance of national salvation governments in the Arab region, namely:

1- Exacerbation of Internal Division. A wing of Hamas movement in the Palestinian Territories calls for the formation of a national salvation government, while another calls the movement not to re-take the administration of Gaza Strip due to opposition from other Palestinian factions. Hamas’ past experience in forming such governments is reflected by such calls, and is what some parties seek to revive. This comes amid widening debate over what would be the future of Gaza on the backdrop of worsening crises, a deadlock in reconciliation efforts and declining financial support for the Strip.

Mahmoud Zahhar, senior Hamas leader and head of the movement’s parliamentary bloc, on February 21, called for forming a national salvation government in Gaza, denying that the so-called consensus government led by Prime Minister Rami al-Hamdallah is legitimate. He even called for an emergency session to discuss the formation of the new cabinet and its mechanism of functioning. Zahhar went on to call on the prosecutor general to launch an investigation into the suspected corruption of Hamdallah and his team because, according to him, it has not won confidence of the parliament as per Palestinian organic law and the terms of the agreement signed between Palestinian factions.

On the other front, government spokesman Youssef al-Mahmoud responded by saying that the government considers Zahhar’s statements to be an irresponsible “national outburst” that confirms the “inherent animosity against our people and its leadership by some individuals belonging to Hamas.” For the official, those who should be held accountable and stand trial and be subjected to investigation, are the ones who undermine national reconciliation and the future of the Palestinian people, and who provoke strife through such irresponsible statements. The war of words between Hamas the Palestinian government reflect their deteriorating relations and how difficult it is to achieve agreement in Gaza.

2- Presence of multiple conflicting centers of power. In Libya, for instance, three governments rival for power. The first is the Tripoli-based Government of National Accord (GNA), established on February 23, 2016, which is headed by Fayez Seraj and is backed by the United Nations. The international community hedges its bets on the GNA’s ability to fight terrorism, organized crime and human trafficking. The second is the Government of National Salvation, seated in Tripoli and headed by Prime Minister Khalifa Ghwell, that was established by the General National Congress (GNC) in August 2014, but has not gained international recognition.

This government succeeded in gaining control of areas in west and south Libya in 2015, and is backed by the Shura Council of Benghazi Revolutionaries in its conflict with the Libyan National Army, headed by Field Marshal Khalifa Haftar. Although the Government of National Salvation, announced on April 5, 2016,  that it was giving up power to allow the GNA to take over, a number of the GNC members and cabinet members seized control of some headquarters of the High Council of State on October 14, 2016, allowing the Government of National Salvation to return to the forefront of interactions in Libya. The third center of power is the interim government, led by Abdullah al-Thinni and based in the eastern city of Bayda.

At a later stage, Prime Minister Khalifa Ghwell, in a statement, called for the formation of a national unity government with the al-Thinni government as part of purely Libya dialogue free of any foreign mediation. The interim government, also known as the Tobruk government, is backed by the Libyan National Army.

In Syria, the armed revolutionary opposition forces created two governments working together. The Syrian Salvation Government is led by Mohammad al-Sheikh, while the Syrian Interim Government is led by Jawad Abu Hatab and is backed by the National Coalition for Syrian Revolution and Opposition Forces. The two governments, both seated in northern Aleppo, were caught up in a power struggle in the past three months. The Syrian Salvation Government was criticized for aiming to divide Syria into local provinces ruled by local governments.

3- Attempting to change the image of terrorist organizations. The formation of the Syrian Salvation Government in north Syria on November 1, 2017, was aimed to enhance the image of the the Hay'at Tahrir al-Sham and promote al-Nusra Front as a moderate group to remove its designation as a terrorist entity. In this context, the Syrian Interim Government made a flurry of statements rejecting any cooperation or dealings with any government related to terrorist individuals or groups.

4- Incompatibility between Political Groups and Various Trends of Thought. In Syria, internal divisions among armed factions and evident contradictions in public policies and approaches block cooperation and coordination between parties to this form of rule. This is so although some of these governments aim to reduce gaps between factions in control on the ground and standardize the decision-making process in areas liberated from the Bashar Assad regime.

To stress this point, Colonel Riad al-Asaad, Deputy Prime Minister for Military Affairs at the Syrian Salvation Government, stated on November 3, 2017, that he will work on unifying all factions under one banner after they disband themselves.  He added that “thousands of fighters in the ranks of the Hay'at Tahrir al-Sham are our sons and we must communicate with them as well as all factions.” Nonetheless, the Syrian Salvation Government failed to consolidate the idea of state sovereignty in north Syria because it was established not through popular will but under approval from Turkey. The issue of the this government’s ability to impose its decisions on factions taking part in Operation Euphrates Shield, made up of groups opposing the Hay'at Tahrir al-Sham, or in areas in north Aleppo, which are controlled, in a way or another, by Turkey’s decisions.

6- Tight Control of Services Management in Liberated Territory. Members of Salvation Government belonging to the Hay'at Tahrir al-Sham attempted to seize control of elected civil bodies in north Idlib province and reduce the power of local councils. The attempt came after the government created a civilian body to run civil services and took over the Idlib Local Council. The moves were made under the presence maintained by Abu Hatab government in most areas in north Syria, including in east Aleppo, as well as in Deraa in the south.

It should be noted that the creation of this government in north Syria has caused the distraction of services and institutional and political work because most states recognize only one government in the country. According to several views, lack of recognition weakened its contribution and strengthened the legitimacy of the Assad government, especially after a failed attempt to merge the Syrian Salvation Government and the Syrian Interim Government into one body under the “people of Syria” initiative, proposed by a number of prominent figures in north Syria.

On December 8, 2017, the Ministry of Local Administration and Services in the Syrian Salvation Government, issued a resolution to dissolve the local council of Ariha City and announced the formation of a new council as the sole body representing the city. The dissolved council rejected the decision saying that it derives its legitimacy from people. The move made other councils in the province concerned that they might face the same fate. Additionally, the Salvation Government’s ministries responsible for services issued resolutions obliging pharmacies and owners of medical warehouses to apply for licenses at the government’s healthcare departments and threatened heavy punishment on violators including shutdown and seizure of materials.

Moreover, the Salvation Government issued a resolution annexing the Free Aleppo University to its higher education council. The move prompted student protests. It also issued a circular declaring all local councils as the sole bodies responsible for public property and facilities, and requested correction of encroachments under penalty of law. On December 12, 2017, the Salvation Government asked  Interim Government demanding to close all its offices in liberated areas and remove all personal belongings within 72 hours.

7- Strengthening Militias in Power.  In Yemen, on November 28, 2016, the Houthi rebels and the General People's Congress, announced a national salvation government headed by Abdulaziz bin Habtoor, former governor of Aden, to run governorates under their control and the capital of Sanaa in particular.

The move was envisaged by the Houthis after their Supreme Revolutionary Committee failed to run the country and was driven by their desire to impose a de facto government in Sanaa through 14 portfolios for themselves and another 14 for their allies. But the Salvation Government failed to fulfill its commitments and promises to pay salaries to public servants and find new sources of income. Their failure exacerbated the suffering of citizens and left the crisis of shortage of cash unsolved.

Overall, it can be argued that salvation governments in this region reflect what can be called a cloning of chaos. That is, instead of achieving stability, they contribute towards further undermining already-faltering peace processes and threaten protracted conflicts due to the multiple centers of power, their use of the capabilities of semi-regular armies, seizure of control of economic resources and media arms. The Arab regional developments led to the establishment of a pattern featuring entities that are more like small “local governments” incapable of meeting the needs of societies or maintaining political legitimacy on the long term. 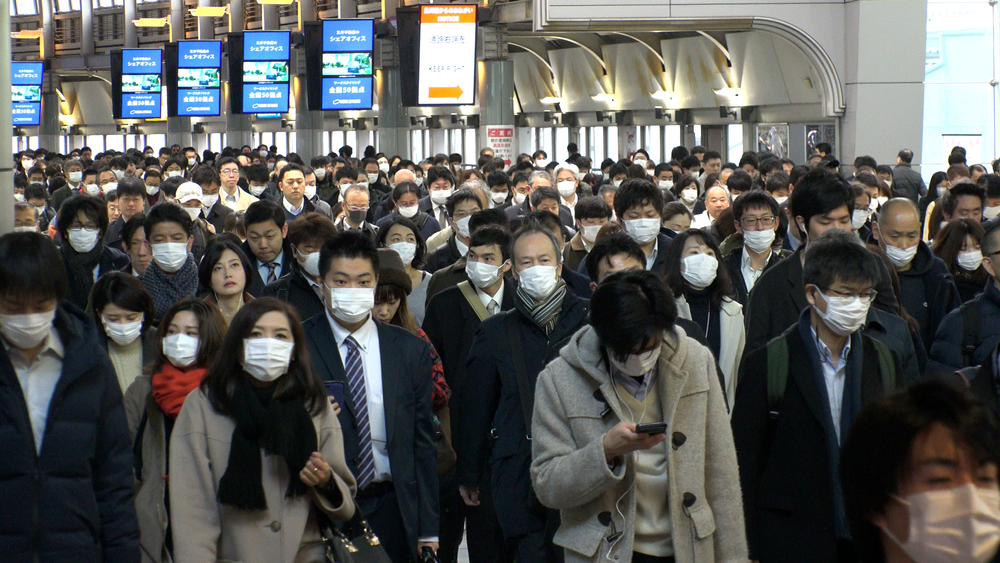 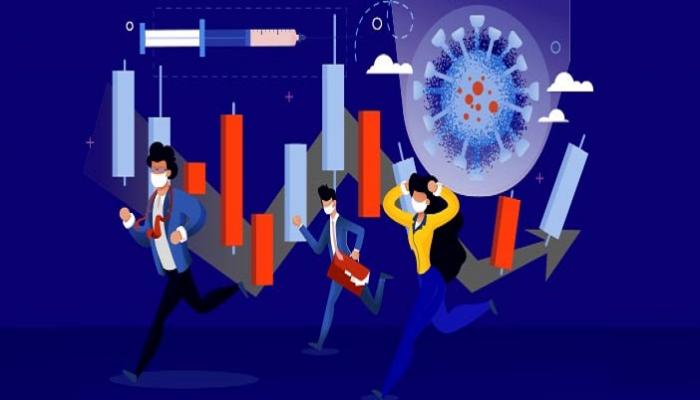 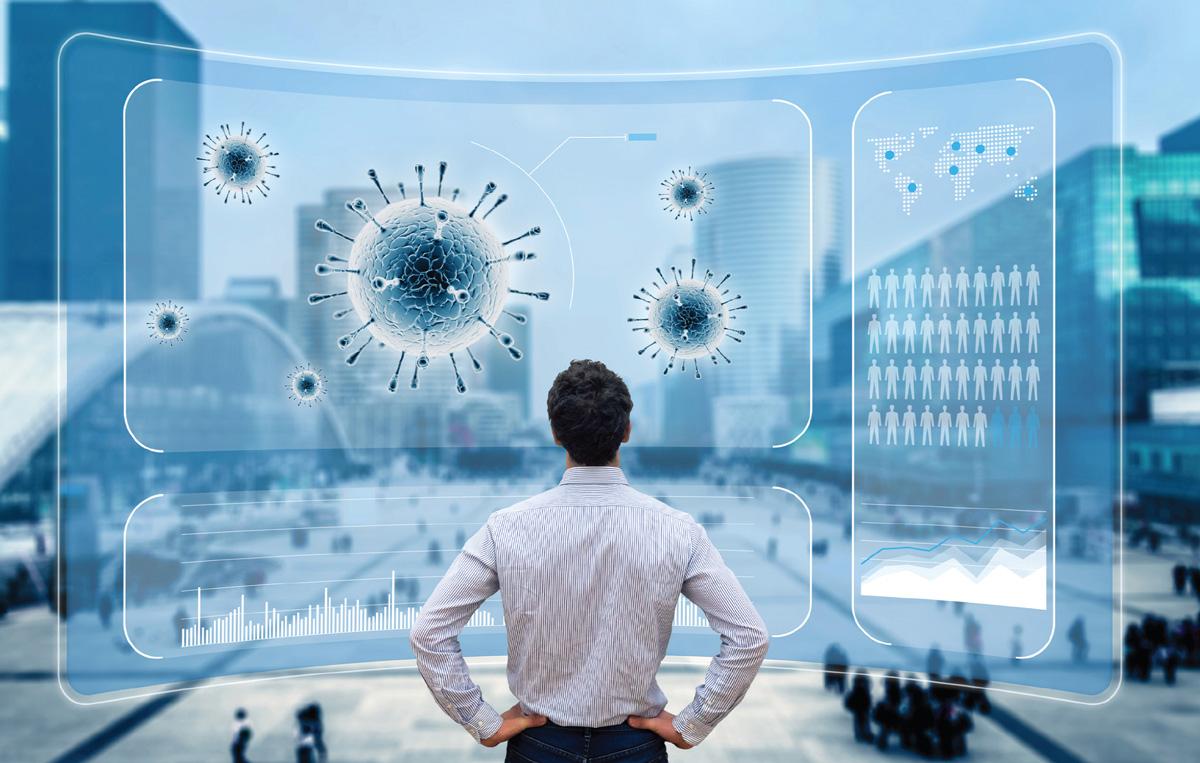