How Threats Posed by Tunnels Escalated in the Middle East 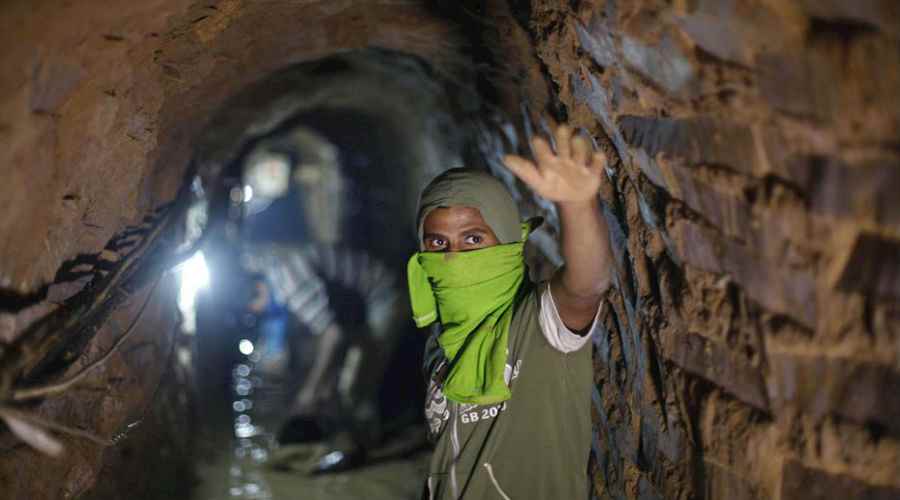 Consequences of regional instability in the Middle East have escalated, in particular in the first quarter of 2018 as a result of a spread of extensive and long tunnel networks on both sides of soft borders and in remote areas. With some stretching tens of kilometers, some of these networks are used by criminal groups to smuggle arms, people and drugs, as revealed by tunnel mapping of border areas between Libya and Tunisia, and Algeria. Additionally, terrorist organizations build tunnels to hide from attacks by regular armies and the international coalition forces.

Tunnels are considered as one of the most important tactics used by ISIS for fighting inside Iraqi territory, and proved to be highly effective in helping its elements in hiding, moving freely, stash arms and carry out attacks against regular armies. They were used by armed factions in Syria to transport goods, fuel and even vehicles from Damascus to cities in the Eastern Ghouta. These can even accommodate ammunition warehouses and field hospitals. Moreover, some movements used them to aim at foes, as is the case with Hamas during confrontations with Israel.

Indications revealing a recent escalation of threats posed by tunnels in the Middle East can be outlined as follows:

1- The Israeli government, on April 16, announced that it destroyed a tunnel crossing from the Gaza Strip into its territory. Israeli Defense Minister Avigdor Lieberman, said the tunnel was the longest and deepest tunnel of its kind that Israel had discovered . It stretched from Jabaliya in the northern Gaza Strip to the Nahal Oz community in Israel, and was the fifth tunnel to have been detected in the past five months, according to Lieutenant-Colonel Jonathan Conricus, a spokesman of the Israel Defense Forces.  "We were able to detect, and we destroyed it, using similar means that we have used in the past. There was no use of explosives, but rather, we filled the tunnel, which rendered it useless for a very long period of time," Conricus told reporters.

Israeli Minister of Transportation and Intelligence Yisrael Katz said "the threat posed by tunnels is nearing its end. We will continue to eliminate threats to Israel on all fronts."

2- Facilitating Movement of Terrorists from Tunisia to Neighboring States , especially between Tunisia and both Libya and Algeria, through the spreading pattern of soft borders. The National National Guard recently discovered a 70-kilometer-long tunnel between Tunisia and Libya, that was excavated and prepared to facilitate the entry of the terrorist organization, ISIS, and the movement of Tunisian young people to focal points of conflict and perhaps their return to their home country, Secretary-General of the Tunisian Republican Security Syndicate, Mohammed Ali al-Rizki, told a hearing of parliamentary committee investigating recruitment networks involved in trafficking, on April 16.

This statement was not irrelevant to controversy raised in Tunisia in recent years about the issue of smuggling young people to conflict zones. Literature in the West considers Tunisia as the top exporter of fighters.

In this context, Interior minister Lotfi Brahem told the parliament on January 31, 2018, that the security forces dismantled over 40 recruitment networks, 6 armed terrorist groups, over than 120 cells involved in recruiting terrorists as well as over 180 terrorist cells in 2017. Some 29,000 young men and women were suspected of planning to travel to conflict zones in the same year.

According to several views, smuggling networks succeeded in achieving that goal after they recruited corrupt security personnel who helped issue passports for the youth.

But this was dismissed by Mehdi Bowakra, a spokesman for the Republican Security Syndicate in statements carried by the London-based Asharq Al-Awsat newspaper on April 18. He said, "the talk about the National Guard’s discovery of a 70-kilometer-long tunnel between Tunisia and Libya is a big fallacy that has nothing to do with truth. Spreading these allegations is only an evidence of a crisis inside the Tunisian ministry of interior and an attempt to destroy the morale of a whole state."

3- The Italian police, on April 10, announced that it dismantled a migrant trafficking network operating between Italy and Tunisia following the arrest of 13 Italian, Tunisian and Moroccan suspects most of who belong to radical groups. They used secret tunnels crossing the south-eastern border with the west of Libya. The  network transported people, for 5000 euros each, on boats operated between north-eastern Tunisia and Trapani in western Sicily in no more than four hours.

4- The Iraqi forces discovered and destroyed a tunnel network used by ISIS militants to move between areas in the Iraqi city of al-Qaim on the border with Syria, according to media reports on April 7. It should be noted that the Iraqi forces managed to regain control of al-Qaim, ISIS’ last stronghold in al-Anbar Governorate on November 3, 2017. An operation is ongoing to clear explosive devices, mines and other ISIS’ remnants.

5- The Syrian regular army, on April 2, discovered a tunnel network while they were combing villages and towns in Eastern Ghouta to clear remnants of armed groups that left the city recently. The groups excavated tunnels linking Damascus with Eastern Ghouta, and fitted some of them with lighting fixtures. These were used to bring in food items, medical supplies and fuel, sold to citizens for a high profit. The tunnels were maybe used for vehicles and individuals.

6- The Jordanian army, on February 17, 2018, announced that it thwarted attempts to smuggle arms, drugs and terrorists through tunnels and old pipeline networks (the Tapline) on Jordan’s border with Iraq and Syria, that were destroyed. The pipeline was unearthed to prevent it from being used as a loophole for smugglers and terrorists, especially because an organization such as ISIS targets Amman.

The increasing threats posed by tunnels in the region can be explained in light of a group of factors of which the following stand out:

1- Trafficking networks penetrated the fragile security system, especially after the fall of regimes, when influential administrative and security figures and parties supported the tunnel economics in secret cooperation with some community associations, in what is called  "parallel security". Such was the case in Tunisia, where Secretary-General of the Tunisian Republican Security Syndicate, Mohammed Ali al-Rizki, affirmed that a number of security personnel holding positions at the ministry interior were involved in trafficking Tunisian young people to armed conflict zones in Syria and Iraq.

It should be noted here that some Tunisian reports shed light on the formation of these networks after the fall of Zine el Abidine Ben Ali's regime and the appointment of replacement security leaders loyal to the Ennahda Movement party. Moreover, these networks tempt the families of the youth to travel for amounts of money estimated to be between US$1200-2100. These networks succeeded in recruiting a number of university graduates from various disciplines, and medicine, chemistry and physics, to help make explosives.

The most prominent of these was Amal Charity Association in Raoued town which disbanded itself. It was founded by former head of the aircraft protection unit at Tunis–Carthage International Airport, Abdelkarim al-Obeidi. The association helped traffic no less than 500 young Tunisians to conflict zones through Turkey. This was noted by head of the parliamentary committee investigating the activity of trafficking networks, Hala Omran, on January 31. Former employees of the security services were subjected to an inquiry and are currently standing trial.

2- Rise of Islamists to Power. Some Tunisian political parties make specific accusations against the rule of the troika, led by former President Moncef Marzouki and his ally Ennahda Movement, that they were involved in facilitating the travel of Tunisians to combat zones, in Syria in particular, as the Group of Friends of the Syrian People has been holding regular meetings in Tunisia since 2012. Moreover, several youth expressed their intention to travel to the occupied Palestinian Territories.

In this context, the assistant secretary-general of the Tunisian Republican Security Syndicate, in statements delivered on April 17, said "there are reports at the ministry of interior that affirm intention to spread extremist ideology and prepare for creating a whole climate for transforming the state and society into a so-called "Islamist caliphate" through establishing parallel security, prompting the activities of preachers and extremists and starting violent and terrorist acts to push the country into chaos."

3- Utilizing Tunnels in Armed Confrontations. This is what Hamas is doing to confront Israel. The renewed use of tunnels raise fears in Israel about threats posed previously to some of its areas. The tunnel it discovered in mid-April was of special interest because it is linked to a number of other tunnels in Gaza Strip.

The tunnels can be used in launching attacks along the border of the Strip. On January 13, Israeli planes destroyed a Hamas tunnel which Lieberman claimed was used to infiltrate into Israel. This prompted Israeli planes to bomb areas close to to the Kerem Shalom border crossing, east of Rafah in Gaza Strip.

Israeli Prime Minister’s statement on March 18 explains the government’s increasing fear of tunnels. He said, "Our policy is to take determined action against any attempt to harm us and to systematically eliminate the terror tunnel infrastructure, and we will continue to do so."

Israeli Defense Minister Avigdor Lieberman, on April 16, said that people in Gaza recognize that Hamas brings nothing to them but frustration and poverty, because Hamas invests in digging tunnels and making missiles. "Instead of talking about destroying the State of Israel, it should talk about how to live side by side with Israel. Al long as Hamas controls the Strip, nothing will happen."

4- Terrorist elements use tunnels to move from one area to another and hide from strikes conducted by regular armies and airstrikes by the international coalition forces. This is what ISIS’ cadres did after the organization’s plan failed and it had to leave its main areas of influence in Iraq and Syria for border areas in late 2017. It seeks to use tunnel excavation machinery and build underground cities. In this context, Iraqi military estimates note that ISIS dug up to 100 tunnels between Iraq and Syria until late December 2017. This necessitates border control by the army, border guard, the Popular Mobilization Forces (Hashd al-Shaabi) and tribal fighters to prevent any breaches that use these tunnels.

Tactics used by regional states and some international powers to reduce risks posed by tunnels can be outlined as follows:

1- Scientific Research and Technological Development to detect hidden tunnels, which Israel is doing through supporting soil research using scanning of cavities and developing new methods for monitoring and mapping in addition to building underground fences and installing remote sensing equipment.

2- Digging Border Trenches . This method was embraced by some regional states. Deep water canals were dug on the border with the aim of sumberging tunnels that can cause their spontaneous cracking.

Tunisia began digging a buffer trench along its southern border with Libya following the falls of Muammar Gaddafi's regime, while at the same time erecting earthen berms and installing electronic and air surveillance systems along the 220-kilometer shared border. The trench stretches from from the Ras Jdeir border crossing in the border town of Ben Guerdane to the Dehiba-Wazin border crossing in Tataouine City.

3- Creating Geographical Buffer Zones to detect smuggling activity and counter border tunnels. That is why Tunisia’s south-eastern region, which borders Libya, in 2013, was included in a military buffer zone to which entry is prohibited without a prior permit from the Tunisian ministry of defense.

4- Influential World Powers involved in armed conflict, such as Russia, demand factions withdrawing from their areas of control, during negotiations, surrender maps of tunnel networks and pull out their fighters. 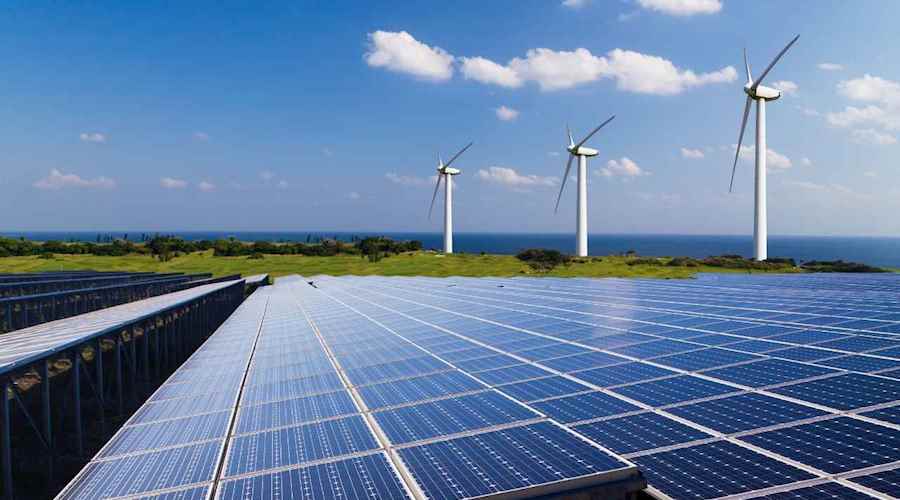 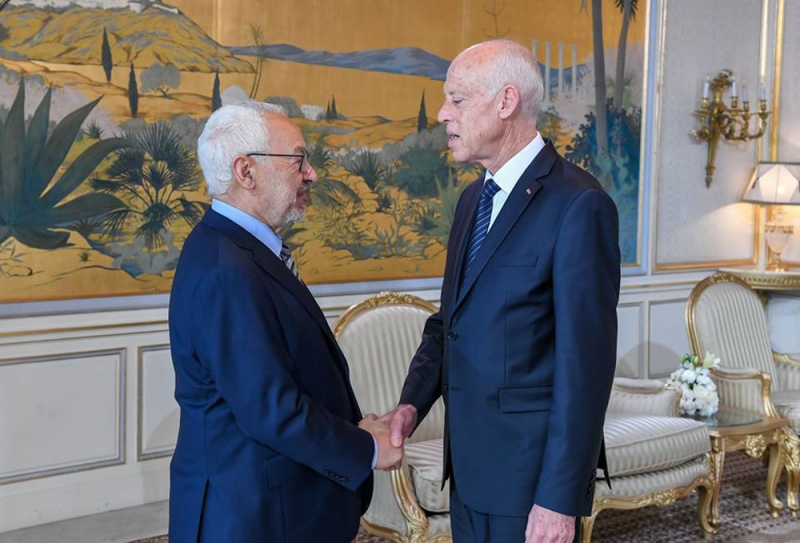